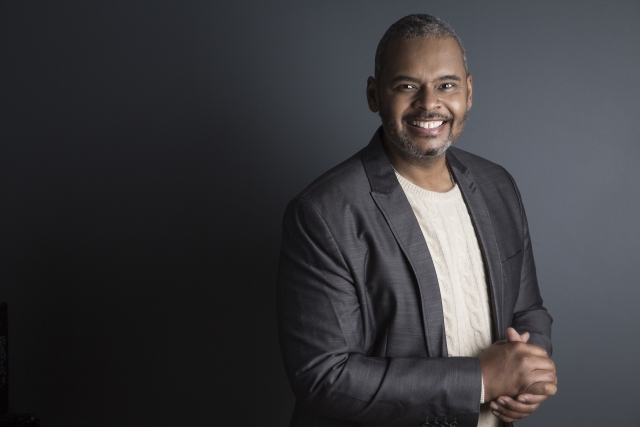 Chalk up another success for award-winning Broadway producer Ron Simons -- putting on Broadway the only August Wilson "Pittsburgh Cycle" play that has yet to appear on the  Great White Way.

Simons doesn't have a definitive answer as to why Wilson’s play “Jitney” had never played in a Broadway theater.

It’s a moot point – “Jitney,” the first of Wilson’s “Pittsburgh Cycle” of plays, is in the midst of its first Broadway run. It is playing the Samuel J. Friedman Theatre, where it is on stage through March 12.

“I was flabbergasted and shocked,” Simons said, referring to his reaction upon hearing that  “Jitney” had never been on Broadway. “I was like ‘We’ve got to fix this.’”

Several years back, Simons had invested in a Broadway production of “Radio Golf,” which is set during the 1990s.

At the time, he thought the play, the last of the cycle, was the only one left not to appear on Broadway.

Then, a group of individuals with extensive experience working on Wilson’s plays said it was "Jitney" that had never seen Broadway's bright lights.

It’s ironic that just a couple years before, he’d been in discussions to bring “Jitney” to Broadway. He spoke with American actor, director and playwright Ruben Santiago-Hudson, who had been planning a Broadway mounting.

The play centers on a group of men trying to squeak out a living by driving unlicensed cabs, or Jitneys. Its themes include gentrification.

Santiago-Hudson is directing the play, which takes place in Pittsburgh during the 1970’s. The play is written in Wilson’s signature style. “It’s poetic in a way that August Wilson’s plays are poetic,” he said. “It’s kind of like Shakespeare.”

Simons isn't the only one to make the comparison. A Sept. 1, 2016 Los Angeles Times article about a production of Wilson's play, "Ma Rainey's Black Bottom," carried the headline 'Is August Wilson the 'Shakespeare of our time'? Cast and crew of 'Ma Rainey' say you can hear it."

Wilson wrote "Ma Rainey's Black Bottom" in 1982. The play, which centers on issues of race, art, religion and the historic exploitation of black recording artists, represents the 1920s. It is the only work of Wilson's cycle not set in Pittsburgh, but Chicago. While the series of plays is often called the "Pittsburgh Cycle," it's also referred to as the "Century Cycle."

The cycle is widely considered a crowning achievement in American theater. Wilson wrote a play for each decade of the 20th century, chronicling the African American experience during each decade.

Simons is a long-time Wilson aficionado. While Simons studied toward an MFA in acting, he received a collection of Wilson’s works as a birthday gift.

“But because of the intensity of study, I didn’t get to them until I was cast in the role of Bynum,” Simons said.

He was referring to a character in one of the cycle's plays, “Joe Turner’s Come and Gone,” which Wilson wrote in 1988.

It takes place in the 1910s. Themes of racism and discrimination are highlighted in the play, which centers on a few freed slaves.

"Many average Joe(s) and Janes still struggle on the cusp of lower-class incomes and opportunities, especially African Americans," the producer said. "The current political climate has shone an intense light on our nation's struggle for equality."

Simons said Santiago-Hudson hasn’t changed anything in "Jitney's" script for the Manhattan Theatre Club production, which will close on March 12. MTC is a nonprofit company that has a season of shows. However, Simons said the production could transfer to another Broadway theater once its run at the Samuel J. Friedman Theatre is complete. In 2001, the theater was assumed by MTC as a permanent home for its productions.

“Everyone was just (as) pleased as punch,” he added. “Everyone was really focused on telling the best story that we could tell. We were very lucky as a team.”

Ben Brantley, the chief theater critic at the New York Times, hailed the production as “A joyfully intoxicating celebration!”

There was just one problem; on opening night, the handle of a period phone broke during the middle of the play. It’s an essential prop; it rings often at the cab company headquarters where the play is set. Simons was watching as the mishap occurred. “My heart stopped literally,” he said.

But Simons said the cast improvised so that, while it was obvious something had happened, the performance continued seamlessly.

After he graduated high school in 1982, Simons got accepted into Columbia University, “which afforded me many opportunities.”

Simons, who grew up in inner-city Detroit, attributed those opportunities to “spending an inordinate amount of time researching and soliciting opportunities for jobs.”

He sent out 120 resumes to companies that weren’t recruiting on campus. Those efforts yielded about 20 job opportunities, he said. He worked at Hewlett-Packard as a software development engineer and at HP labs for a couple of years. Simons was then recruited to work for IntelliCorp as a knowledge engineer before returning to Columbia to work toward an MBA. He eventually joined Microsoft as a marketing professional before moving into management.

Simons worked at Microsoft for about four-and-a half years.

An avid reader who acted in high school plays, he began auditioning for productions in the Seattle area after leaving Microsoft. He was cast in community theater productions before beginning to act in professional productions.

Simons eventually moved to New York City and acted for a number of years, but thought he should become a producer.

“I literally said 'I should start producing,'” he said.

He started doing so within the film industry, and today he is a three-time Tony Award-winning producer.

"I've been very lucky to work with some amazingly talented people," he said. "I thank my lucky stars every day."

He is the founder and CEO of SimonSays Entertainment. “We produce commercially viable projects with artistic integrity whose central characters are members ofunder-represented communities,” according to its website at www.simonsaysentertainment.com.

He looks to produce well-told stories that focus on under-represented communities comprised of people of color, members of the LGBT community and immigrants, among others.

One of the under-represented communities on Broadway is African-American producers. There are three, including himself, who regularly produce on Broadway. The others are Stephen Byrd and Alia Jones- Harvey. Simons said the Broadway League is striving to recruit younger, aspiring producers of color.

In addition to "Jitney," Simons credits include the Tony-Award-winning revival of "Porgy and Bess," the all- black Broadway production of "A Streetcar Named Desire" and "Vanya and Sonia and Masha and Spike," which won the Tony award for "Best New Play." This past year, he brought to life Broadway's "Hughie" starring Forest Whitaker and "The Gin Game," starring James Earl Jones.

Simons, who is also an actor, is one of Broadway's "top 'go to' producers," according to press material.

He said he’d advise others looking to achieve such success to get an education.  "That's what put me on all my paths," he said.

Another piece of advice he offers: don't take "no" for an answer; if you're told "no," it means "not right now.”