Beethoven and Mahler at the NY Philharmonic

Beethoven at the piano 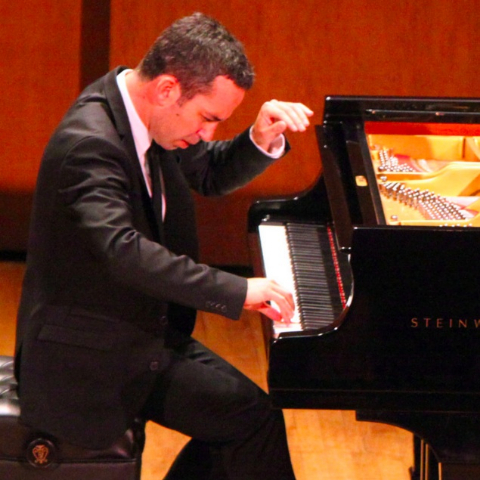 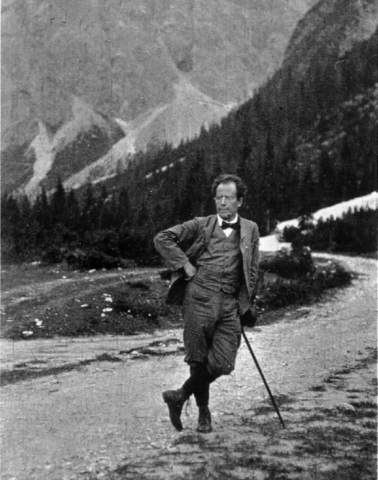 Manfred Honeck conducted the New York Philharmonic in Piano Concerto No. 1 by Ludwig Beethoven and Symphony No. 1 by Gustav Mahler. Beethoven’s was actually the second and a big leap forward from his first. Mahler’s took the world by storm, featuring nature, folk and funeral music and an expansion of orchestral sound from its time binds into space.

Inon Barnatan, pianist in the Beethoven, is an artist-in-asociation with the New York Philharmonic and anyone who hears him understands his ascent in the music world. His piano personality is modest as the music comes front and forward. He is a daring deployer of quiet, pulling us into closer listening to the shapes and punctuations of his phrasing.

When Barnatan approaches the piano, he is at once completely in control and in an effortless embrace. From the beginning his light soft touch has produced quiet music that glimmers, clear as bell and almost inaudible. Straining slightly to hear adds to the pleasure.

The significance of the nature and program phenomena are integral to the poetics of Gustav Mahler. They are crucial in the First and Third Symphonies.

The Symphony was premiered in 1889. in Budapest, where Mahler held a position as a director of the Royal Opera House. The Symphony was presented as a Symphonic Poem in two parts. The first part consisted of three movements and the second, two. Opinions of both critics and the audience were divided: The first part was "accepted" since it appeared to fulfill traditional form and style. The second part annuls all of the previous traditions with the "new ideas". After revisions and the addition of program titles of the movements, the piece was premiered as Symphony in D major in Berlin in 1896. where opinions were still divided.

In this Symphony, Mahler has fully established the esthetic cornerstones of his composer's voice, and also his poet's voice in program notes that appeared in the first script of the Symphony.

To this day, Mahler's relation to the tradition of symphonic music continues to be debated. Yet it is clear that Mahler promoted Beethoven's symphonic music. He did not 'fight' tradition. Rather he embraced it and moved it  forward.

Mahler was very clear regarding program music. In a letter to his violist friend, Natalia Bauer Lechner, he worried that the people were so preoccupied by program music that they were incapable of understanding a piece as pure music. Expanding the sound and means of expression, he proved through his entire opus the excessiveness of program composition and the ways in which it interferes with listening.

Opening bars of the first movement still follow the conventional romantic ideas of fanfares from afar, cuckoo intervals and the evocation of the natural world awakening in early morning. However, we ask: is this reality of the Austrian spring landscape or is this Mahler's reality?

The children's song Frère Jacques appears in a minor key. This is Mahler's homage to his lost brothers and an introduction to the feeling of loss that followed him from early childhood. The interval of the fourth used in the cuckoo song is now embraces another reality: the funeral march.

As we listen, we hear Mahler breaking the illusion of the pastoral texture, which for centuries sounded naïve, carefree and innocent. Mahler is using the power of music to "mystically move us from one end to another.” Musical elements switch throughout the symphony. Sometimes they emerge one from another and often they suppress each other the same way thoughts do.

Mahler was aware of how thoughts twist and turn, cover and expose. He creates musical threads that perform a similar course.

In the Finale, hope and grief are still overlapping until we hear the quote from the theme of the First Movement, which reminds us of the idyll of nature that opens the Symphony. We have a hint of the spiritual purification that Mahler’s Second Symphony will offer.

Subtle changes in the musical narrative and bipolarity shape Mahler's creation. The biggest challenge and responsibility for every conductor and orchestra was fulfilled as we listened to the New York Philharmonic's performance. The music delivered the hidden secrets of nature. This is a symphony gives particular pleasure if you can simply take it in, and let it wash over us, as Mahler wished.