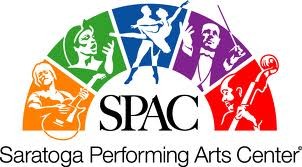 “New York City Ballet brings to its summer stage at SPAC, a world-class program of astonishing breadth and brilliance.  From iconic Balanchine gems like Serenade and Stravinsky Violin Concerto, to favorite works by Jerome Robbins including West Side Story Suite and Dances at a Gathering, to exciting new ballets by Peter Martins, Christopher Wheeldon and Justin Peck, the interplay of tradition and innovation in this season is exceptional,” said Marcia J. White, President & Executive Director of Saratoga Performing Arts Center.  “Each and every program is a standout and guaranteed to offer an unforgettable experience for our guests.”

Major features of the summer program include highlights of NYCB’s “Tschaikovsky Celebration,” a centerpiece of its winter season at Lincoln Center. Five of the season’s 15 ballets feature the music of the great Russian composer Peter Ilyitch Tschaikovsky. Legendary choreographer George Balanchine had a special affinity for Tschaikovsky. He once told an interviewer, “In everything that I did to Tschaikovsky’s music, I sensed his help. It wasn’t real conversation. But when I was working and saw that something was coming of it, I felt that it was Tschaikovsky who had helped me.”

The Opening Night program will feature three Balanchine ballets set to Tschaikovsky’s music including the virtuosic Tschaikovsky Pas de Deux; the classical tour de force Theme and Variations;  and the Garland Dance, Balanchine’s 1981 interpretation of the famous dance from The Sleeping Beauty, the first ballet the legendary choreographer danced in as a child in Russia.  The Garland Dance, which features a large cast, including 16 children, has never been seen at SPAC as an excerpted work.

Also presented will be the iconic, four-movement Serenade, one of Balanchine’s most widely danced and beloved works. The first ballet Balanchine choreographed in America, it originated as a lesson in stage technique; Balanchine worked unexpected rehearsal events into the choreography such as a student’s fall or late arrival to rehearsal. The ballet, set to Tschaikovsky’s Serenade for Strings, features 26 dancers in blue costumes before a blue background.

The music of Tschaikovsky’s Eugene Onegin is the score for Peter Martins’ newest ballet, Bal de Couture which will have its Saratoga Premiere and one-time-only performance at the July 13 Ballet Gala, one of two premieres that highlight the special evening.  The ballet features striking costumes created by legendary fashion designer and master couturier, Valentino Garavani, often known simply as Valentino.

Also featuring an original Valentino costume design is Christopher Wheeldon’s pas de deux This Bitter Earth which will have its Saratoga premiere at the Gala. Set to Max Richter’s remake of Dinah Washington’s 1960 rhythm & blues song of the same name, the work is excerpted from Wheeldon’s Five Movements, Three Repeats.

The evening culminates with West Side Story Suite, Jerome Robbins’ suite of dances taken from the award winning musical he created with Leonard Bernstein and Stephen Sondheim. One of the few ballets that requires dancers to sing as well as dance, the work features several song and dance sequences including “Something’s Coming," "Dance at the Gym," "Cool," "America," "and "Somewhere.”

The season will feature the Saratoga Premiere of Justin Peck’s recent work for New York City Ballet, Year of The Rabbit. The work is featured on the July 9 Opening Night, July 10 and the July 13 matinee program. Peck’s first work for NYCB, In Creases, had its World Premiere at SPAC’s Ballet Gala last season.

Set to indie-folk composer Sufjan Stevens’ Enjoy Your Rabbit, an electronica album and song cycle based on the Chinese zodiac, the work for 18 dancers is an elaboration of Peck’s 2010 work, Tales of a Chinese Zodiac. For the new ballet, Stevens and Peck collaborated on all aspects of the production, including a new orchestration of Enjoy Your Rabbit, created specifically for the ballet. The work debuted on October 5, 2012 in New York to wide critical acclaim.

Peck, a member of NYCB’s corps de ballet since 2007, has been recognized for his choreographic promise since his debut as a choreographer in 2009, earning favorable notices from the New York Times, Dance Magazine and Vanity Fair among others. He earned a Bessie Award nomination in 2011 in the “Outstanding Emerging Choreographer,” category.

Other repertory highlights of the season include a July 11 evening of “20th Century Violin Concertos” featuring Peter Martins’ Barber Violin Concerto which explores the contrast between classical and modern dance; Robbins’ ethereal, introspective Opus 19 /The Dreamer; and Balanchine’s Stravinsky Violin Concerto, a signature “black and white” ballet and a work  widely considered one of the choreographer’s greatest.

“In conjunction with this spectacular program, audiences can look forward to the return of our popular series of Pre-Shows including American Girl Night, Family Night, Date Night and Girls Night Out, as well as engaging educational programs such as New York City Ballet’s ‘See the Music’ and Children’s Workshops led by NYCB dancers,” said White. “An evening at SPAC offers limitless opportunities to learn, interact and enjoy; it’s a live arts experience at its best.”