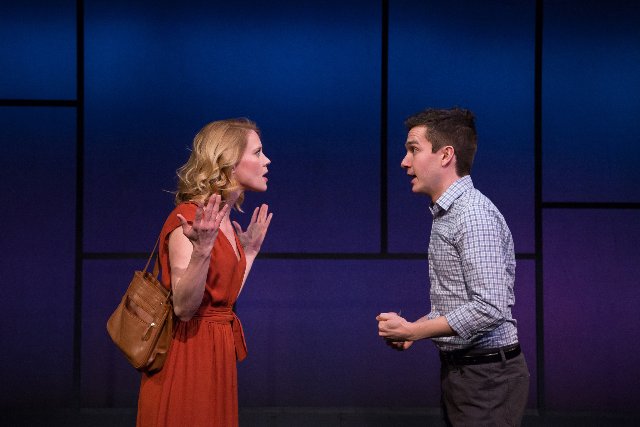 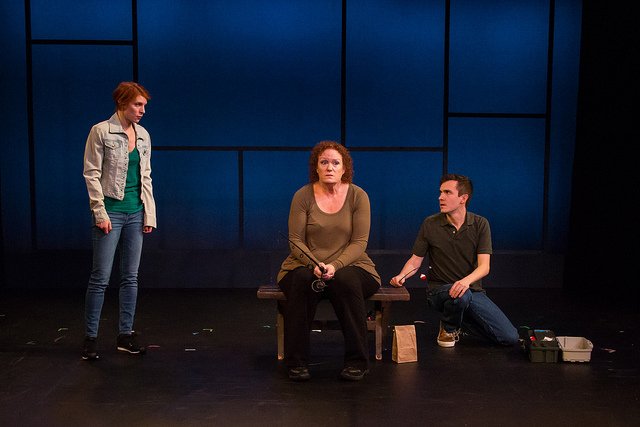 Peggy Pharr Wilson was fishing in every sense in Charlottesville. 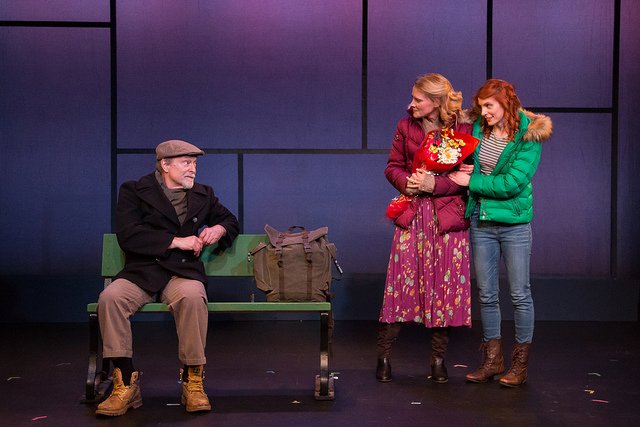 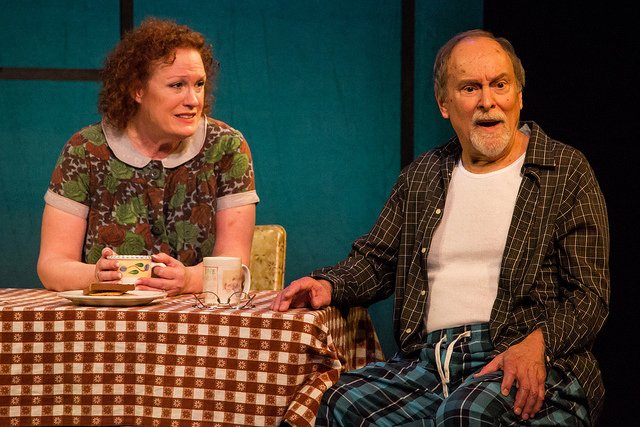 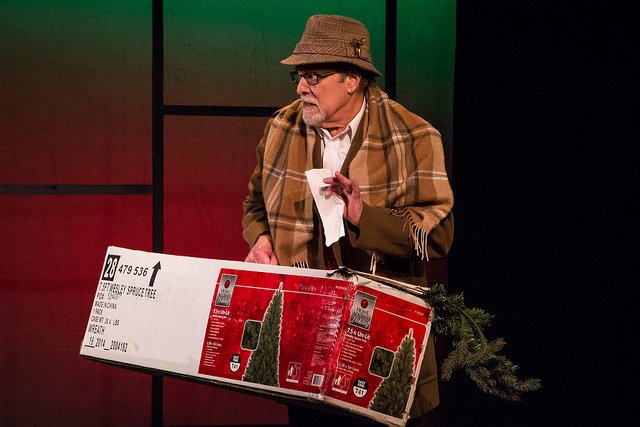 The cheapskate Robert Zuckerman, for the sixth year, wants to return the tree the day after Christmas.

Kudos to Barrington Stage Company for bringing theatre back to the Berkshires in the dead of winter. Yesterday we enjoyed a matinee of the eighth annual, 10X10 New Play Festival. It runs  February 14 - March 10, 2019 at BSC’s St. Germain Stage.

With quick changes of props and costumes we have ten versions of what ten minutes can feel like. When we are having fun it flies by in a blissful blur. The same time frame, however, can feel excruciatingly slow when vignettes sail wide of their mark. When that happens there is anticipation of the next one.

Inevitably couples and audience members spontaneously appear to rate each theatrical thumbnail. They are scored, dare we say this, from one to ten. More than most visits to theatre this format encourages keeping score. Overall we rate this year’s festival a six. That means that a couple of mini moments were tens, several were pretty good and, oh well, you can do the math for the rest.

Yet again the actors were wonderfully versatile. Here and there were blown lines. We were astonished by their ability to establish a daunting range of roles and dynamics with presto-changeo alacrity.  To pull this off required terrific thespian chops from Peggy Pharr Wilson, Keri Safran, Robert Zukerman, Sarah Goeke, Michael Fell and Deshawn Mitchell.

During an era of social justice theatre some of the playwrights had too much on their plates. Taking on heavy duty issues was an overreach to change hearts and minds while the clock was ticking. The mini moments with a comedic focus were the hilarious winners with the audience.

Double Entendre by L.H. Grant, directed by Julianne Boyd was first up. That was a wise decision A brief encounter while waiting for their numbers to be called was just hilarious. When he makes a casual remark about the weather she takes offense at seemingly an uncouth pickup line. It just escalates into a timely and raunchy Me Too moment. What fun.

172 Push-Ups by Scott Mullen, directed by Matthew Penn. There was a nice segue into a more weighty topic. It’s a frosty night when an older man and younger woman have a chance encounter on a bench outside a bus stop. With a bit of probing they are both veterans. She is back from Afghanistan and home for the holidays.  Recalling a war wound he scoffs at her ability to drag him off the battle field. He brags of still being  able to do 50 pushups and she tops that with 172. There is a fast forward from there and just enough to make us want more.

Charlottesville by Suzanne Bradbeer, directed by Julianne Boyd. This ripped from the headlines theme is a ponderous overreach. The playwright attempts to personalize racism and catastrophe with a seemingly intimate and private moment. The mother is seen fishing in more ways than one but this one just gets away.

Organic Seed by Patrick Gabridge, directed by Matthew Penn.The response to this is mixed but had its moments. Set in a farmer’s market there is a face off between an old timer using pesticides to raise produce and the young woman with more expensive organic tomatoes. Their relationship comes with a surprise and devolves into a food fight.

Pipeline by Michael Brady, directed by Julianne Boyd. While expressing all the best intentions this drama overstayed its welcome. Yes, we got the point but thank you we gave at the office.

Twas the Day After Xmas by Steven Korbar, directed by Matthew Penn. Just when the festival was seemingly off the rails this hilarious sketch brought it all back home. For the sixth year in a row a customer attempts to return an artificial Christmas tree. The always wonderful Peggy Pharr Wilson is just fabulous as the vexed employee. She has an equally superb partner in Robert Zukerman. The writing is clever and witty with lots of twists and zingers. Score ten for this one.

Kid Stuff  by Chris Shaw Swanson, directed by Matthew Penn. Really, what was the point of this one? It was something about parents visiting school for an arts event. The kids have made things that are either toy guns, the parent’s concerned conclusion, or telescopes as the teacher explains. Either way the response was apathy.

The Chapel Play by Lila Rose Kaplan, directed by Julianne Boyd. This is another that crawled by. Something about an angel which did not evoke the recently departed Bruno Ganz.

Eddie and Edna by Donald Loftus, directed by Matthew Penn. Here a big ticket issue was conveyed in a brief but poignant and spectacular manner. Again, in a very different manner, Wilson and Zukerman are paired. She is serving breakfast to her husband in an end phase of Alzheimer’s. There are tropes of illusion and reality then their son played by Michael Fell arrives. Quite succinctly in a masterful manner we are uncertain of what we have seen.

Cold Feet by Brad Sytsma, directed by Julianne Boyd. Pulling out all the stops this year’s festival ended with a farce. The wedding is going all wrong as chaos prevails between the groom, his best man who has lost the rings but not to worry, and concerned parents of the bride. Her bridesmaid can’t seem to keep a strapless dress from falling off. Through the mishegoss the bride, unperturbed, sits on a bench. With a twist we find out why.