What's in a Note? 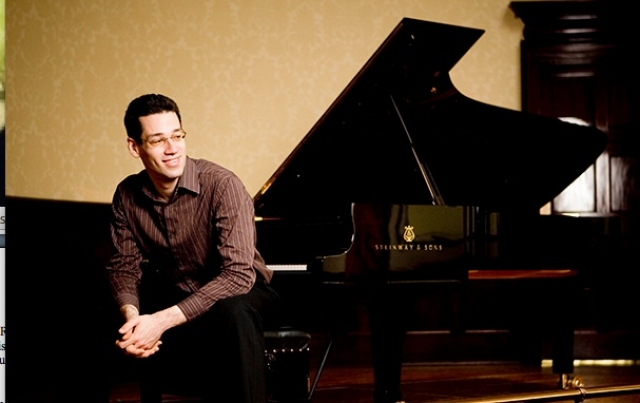 Carnegie Hall organizes master classes in their Resnick Education Center. Jonathan Biss, who is performing and teaching at Carnegie this winter and spring, offered his first Master class in the Weill Music Hall.   Three students participated in a program which focused on the late work of composers.

Fifty years ago the grand dames of piano teaching at Juilliard, Rosina Lhévinne and Adele Marcus, battled over the role of beauty in music. Lhévinne believed that all music played on the piano should be beautiful. Marcus argued that music should be what it was, even if it was ugly.

It is surprising to hear pianists still playing in the 21st century as though beauty is the object. It is their sweet performance that Jonathan Biss addresses with his pungent insights. Beautiful, maybe, but not relevant to the music or its hidden treasures. Lovely notes do not always reflect the composer’s intent. A thing of beauty may not be a joy forever.

Notes, Biss notes, are not simply notes. They begin, they have a middle, they end. As Leonard Bernstein tells it in a five minute video on music, notes first of all have overtones. The octave, the fifth, and the fourth are the second, third and fourth sounds contained in any note. A series of fifth upon fifth gives us a chromatic scale. Bach tempered it to give us the notes between the octave, a diatonic scale. In a way, that’s it.

As we listen to the artists respond to Biss, we hear the magic of harmonics determining the pulse. The music comes alive. A canon remains a canon even when the parts of which it is made are fragmentary. That they are fragments is important, Biss insists. Dare to make them ragged.

Look for the center of gravity. Hear the key changes. Open up on a downbeat. Try variations of counting out six beats, in groups of two or three.

Yet, as we heard Beethoven and Brahms performed, there were some combinations that were easy on the ear and others that clashed. Often performers do not distinguish. Biss points to important events where the unexpected occurs and where the composer surprises. He suggests giving these events importance, driving to them, and emphasizing them, even if they are ugly.

In giving performers a chance to work with a great artist like Biss and its listening audience a chance to cultivate the ear, Carnegie is doing music a great service.