To Cease Actively Covering Theatre in the Berkshires 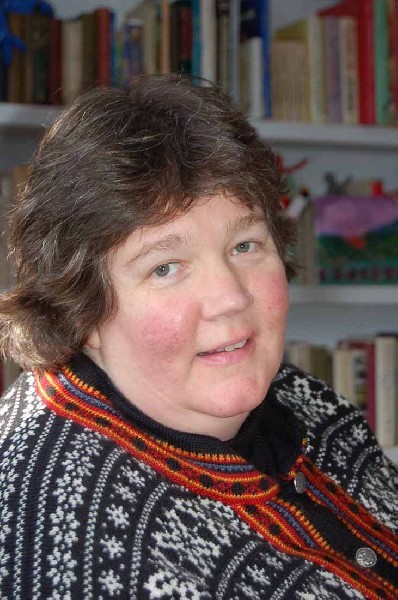 As we chronicled during an in-depth dialogue with Gail Burns, in every sense, she has been a larger than life presence in the Berkshire Theatre Community.

Her blog Gail Sez has been an invaluable resource for feisty, knowledgeable, passionate and intensely personal reviews. Burns has made the difficult decision to cease reviewing regional theatre.

The site has been an encyclopedic resource for virtually every press release by every company, large and small, equity and not in the region for the past dozen plus years.

Gail Sez has also provided an easy access yellow pages for all of the region’s print and on line publications with links to reviews and features. It is a one click destination and portal for theatre information.

The archival value of this site and its unmatched depth of information cannot be calculated.

In decades to come it would be a resource that scholars would comb through with minute attention to the details of a golden age of Berkshire Theatre. There is no other comparable chronicle of an era of monumental growth, progress and artistic excellence.

The enormity of the critical mass of this gathering of material represents a monumental human effort.

Particularly considering that it was the labor of love of a single dedicated individual who received not a penny in compensation for her effort and dedication. Beyond that she was stringent in shunning so much as a cookie from a post performance buffet. She was fanatical in the distance she kept from having her independent critical opinions compromised in any manner.

Sure, she could get personal. Outrageously so. You loved or hated her for that wacko take on theatre. But it was a part of the total package.

A couple of summers ago it was painful when she was removed from the opening night press list of the Williamstown Theatre Festival.

It was a discouraging setback.

Indirectly we knew it was a struggle to keep going.

In the aftermath of a seeming perfect storm of miseries she circulated a note to colleagues and theatre companies that she will cease to review theatre. Below we quote from a part of that notice.

“Its official, friends. As of today, 2/19/2012, I will no longer be reviewing theatre or maintaining GailSez.org. The reasons for my decision is purely financial…

“Thanks to all who have supported me and to the thousands of remarkable artists whose work I have had the privilege of seeing and writing about over the past 15 years. I have loved every minute of it!

“I will let the information currently up on the site lapse quietly, while behind the scenes I create an archive of my reviews, which will stay up in perpetuity. I know they are of value and interest to some of you, and I want them to stand as an historical record of theatrical activity in this area from 1997-2011. Your names and the art you created should not be forgotten…”

Having made a tough decision right now Burns faces a set of immediate issues and priorities. Hopefully, with time and a resolution of other matters she will be able to find a sustained next step for Gail Sez.

Her current decision and situation raises important issues regarding the new media age and the transition from print to on line publishing. All of print media is archived somewhere. Subscribers to The New Yorker, for example, have on line access to every article ever printed. Searching on line sites for print media, however, there are more and more fees involved. Current articles disappear quickly. You have to pay to access them.

Blog articles, however, are readily found through Google searches. A large portion of  daily blog traffic is for older material. Somebody searches an individual or topic and we pop up. Particularly original images which are scammed globally.

But when a blog site closes the content disappears.

I started publishing on line with Sidewalk which was a Microsoft project. There were Sidewalk sites in a number of American cities. It was exciting and because of Sidewalk I was forced to buy a computer.

Sidewalk was ahead of its time. So much so that Microsoft shut it down.

The Microsoft sponsored site lasted from 1997 through 1999.

All of that incredible material disappeared.

This is an issue that must be addressed by the arts community.

Discussing this with Charlie Siedenburg, the publicist for Barrington Stage, he suggested The Berkshire Vault. A site that would preserve print and on line arts material. Just what would it take for the arts community with NEA and Grant support to establish such a resource?

In a media age it would seem to be a no brainer. That once a year, for example, a web master might transfer all of our site data to a platform like The Berkshire Vault. There it would remain in perpetuity available to future generations.

We need your thoughts and feedback on this important topic.

"My plans for GailSez include creating an easily accessed and searchable archive of my reviews, as well as morphing it into a personal blog which will surely include comments on and links to theatre topics. I would be very interested in an arts archive and in working with anyone planning such a thing. A few years ago I bought a fascinating book by an American actor/manager of the early 19th century and it brought into sharp focus the need to record what can be a very ephemeral art form. His description of touring the country literally on foot and by raft through the wilderness, what constituted a company of actors, what sets and props they traveled with, how they quickly built stages in towns that had none, and then, as the country grew, how he went about building "music halls/opera houses" - like Hubbard Hall and the Cohoes Music Hall - in the larger communities, are just riveting.

"A century or more from now people will be just as fascinated to know how we revived the Mahaiwe and the Colonial, how entrepreneurs like Nikos Psacharapoulos and Julie Boyd created award-winning theatres out of thin air and hard work. They will want to see Kevin Sprague's remarkable photos and read what you and I and Jeff and Peter and Larry et al had to say."