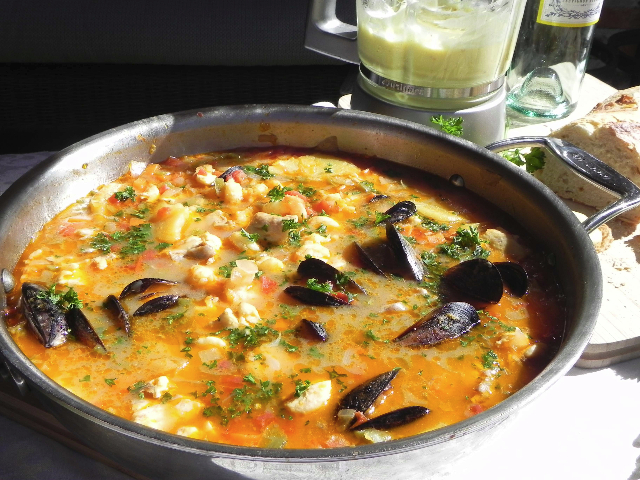 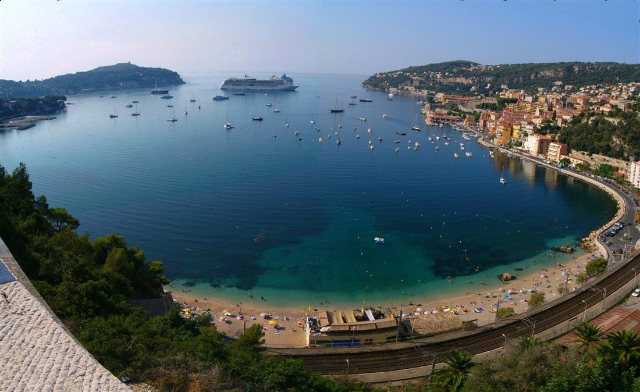 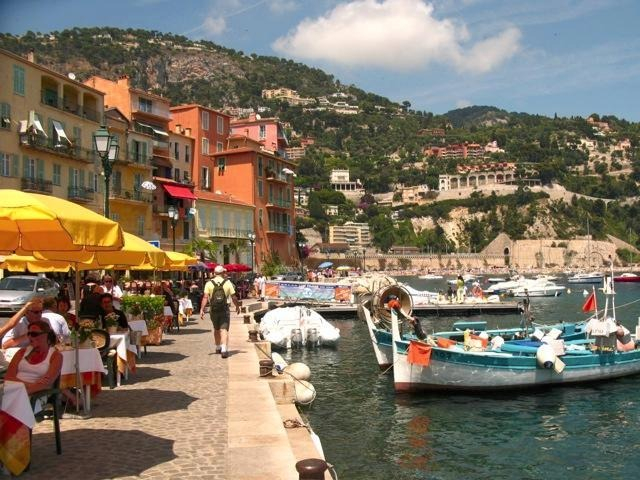 Our dinner party for six last night featured my tried and true paella.

Perhaps not an authentic Spanish version but it is a recipe that has evolved over time.

The primary ingredient, in addition to shellfish and shrimp, is a generous amount of saffron.

Years ago Astrid gave me an ounce of saffron for my birthday.

At the time, $75 was a bit less than the cost of an ounce of pot which I gave up a month after we met.

The price of both has soared ever since.

We talked about that over dinner while comparing notes on a superb grand cru wine I served.

It had been aged in my cellar and uncorked at a moment of perfection. Phil commented that indeed 2007 had been an excellent year for French wines.

On his cell phone he researched the current market price for saffron at $145 an ounce. That’s up twenty dollars from what I paid a couple of years ago at  Cape Cod Spice in Provincetown.

Perhaps one day they will open licensed saffron dispensaries for a range of medicinal purposes.

Now that I have seemingly mastered a drop dead paella I am thinking of further uses for rare and exotic saffron. It seems like a healthier alternative than a scrip for medical marijuana. Been there done that.

The urge for a saffron fix sent me on line to search recipes for Bouillabaisse.

From time to time I have ordered it in restaurants. Quite consistently, as was the case at Boston’s  (Cambridge actually) generally overrated Legal Seafood, the Marseille stew was underwhelming, skimpy on ingredients, and way too overpriced.

Paella and bouillabaisse were originated by peasants and fishermen from whatever was cheap and accessible. It was the catch of the day brought home to feed the family. Or a Sunday paella concocted with leftovers from chicken to sausage and prawns.

A variant of that catch of the day soup, or rice dish is the wonderful Portuguese food and fishermen’s chowder we enjoy when visiting my ancestral home in Gloucester. My mom made kickass chowder. Her secret ingredients were a can of Borden’s condensed milk, for a bit of non gluten thickening, and a stick of butter floating on top with a sprinkle of paprika for color.

When Mom made chowder back in the day fish was cheap. As Catholics we had it every Friday. That reminded us of the day Jesus died for our sins.  We had fish every day during Lent. Now it costs as much if not more than steak.

They used to practically give away the mackerel. We had a lot of that. Yuk. So bony.

Mom served it with an onion and tomato sauce.

The reason I am so uppity about Bouillabaisse is that my first and lasting impression was the real deal.

In neo platonic terms it is the paradigmatic Bouillabaisse  by which all other experiences must be measured.

It was first encountered in a gentle cove on the Riviera.

The one and only time we traveled as a family was my first visit to Europe. It was a grand tour, lasting all summer that started in Nice rambled through France, Italy and Belgium, concluding in London.

Taking a break from limousines Dad opted to go native by renting a car. We set out from Nice to Monte Carlo in what proved to be a compact car with a stick shift. It was a far cry from the Cadillac’s that he was used to with automatic everything.

In Monte Carlo, for example, he discovered that he could not manage to put the car in reverse. We had to get out and push it around with Mom at the wheel. I was amused to learn that this was also a quirk of poet Charles Olson’s car.

The tour book strongly recommended restaurants in the fishing hamlet of  Villefranche-sur-Mer.

We managed to find it in time for dinner which, for Americans, means about six to seven. We always dined at 5:30 sharp as mom and dad alternated evening office hours. It was my job to go down stairs to open the door and put on lights in the waiting room.

Often I hung around to read Life and Look magazines and discuss symptoms and treatments with the patients. At the time I was being initiated into the family business but that didn’t pan out.

Turning off the main road there was an abrupt hook and sharp descent to the village. It was small and picture postcard quaint. There were fishing boats and luxury yachts bobbing at anchor on the calm water.

Checking out the menu in front of the highly recommended restaurant the prices were off putting. There were several restaurants facing the gentle harbor so we moved on.

We found a smaller, less pretentious and more authentic looking bistro. It had the ambiance of attracting the locals.

But there was more authenticity than anticipated.

Perhaps the more tourist oriented, upscale restaurant might have toned it down a bit.

What we got was the real deal.

As Americans, I was a teenager at the time; it took forever for the food to arrive.

At another restaurant on the Lido the waiter took our lunch order. We saw him exit, hop on a bike, then return with the ingredients. It was a couple of hours before the food arrived and we were too late for our cabana rental at the beach. Merde.

The food may have taken forever to be served but twilight over Villefranche-sur-Mer is not hard to take. It seems as fresh as yesterday.

The bowl was  chock full of seafood and that all important saffron. But the heat of the dish was devilish. I managed to extract some fish and prawns but the broth made my first London Indian Vindallo seem as bland as ham and eggs. I dubbed it burn-twice Vindaloo for its next day ring of fire.

Dad, who was one hundred and ten percent Sicilian, just loved the Bouillabaisse. He finished his and then polished off ours as well. While we watched with astonishment he raved over every morsel slurping down that broth from Hades.

Until the next day and a couple of days after that.

How we all howled as he complained over his scorched, sun-burnt esophagus.

For my adventurous gourmet dad the mar y sol of visiting Villefranche-sur-Mer for its Bouillabaisse proved to be authentic to the max inside and out.

There are reasons why tourists stick to the guidebook.

For our next dinner party I want to try a Bouillabaisse but heavy on the saffron and light on pepper. Dad would not approve which is what I loved about the guy. He could take the heat.