Shadow of a Gunman 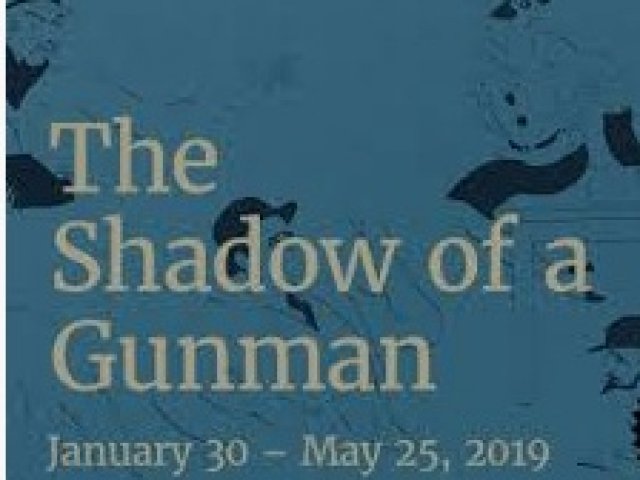 Shadow of a Gunman at the Irish Repertory Theatre 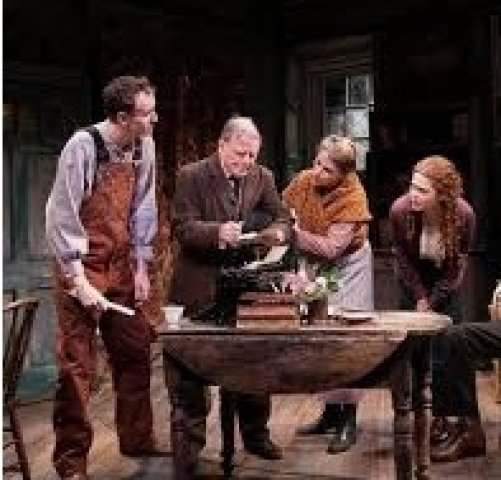 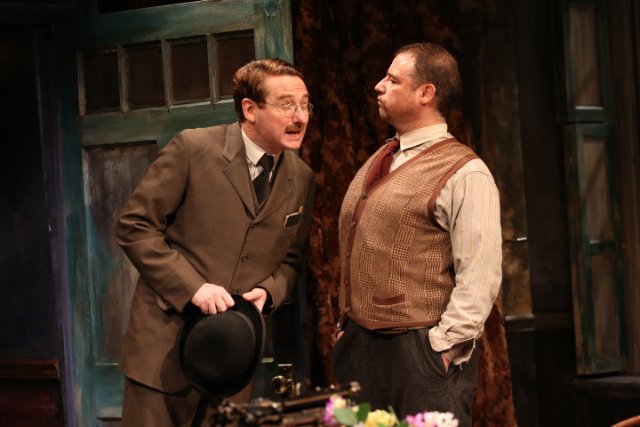 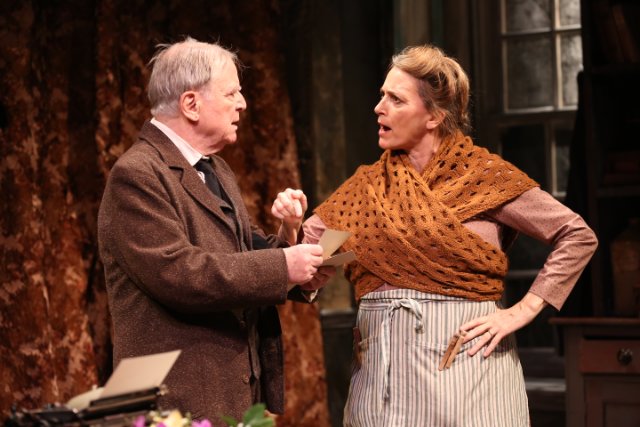 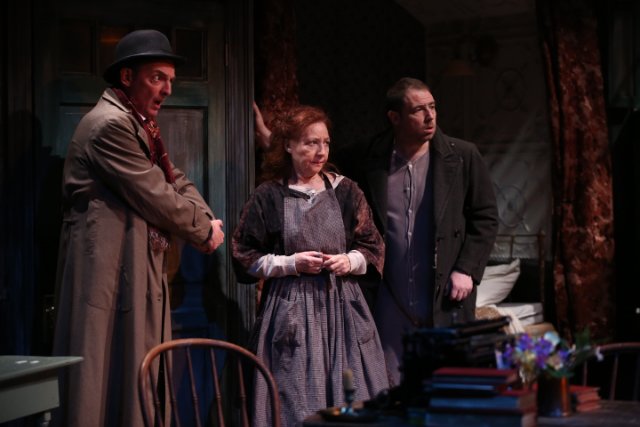 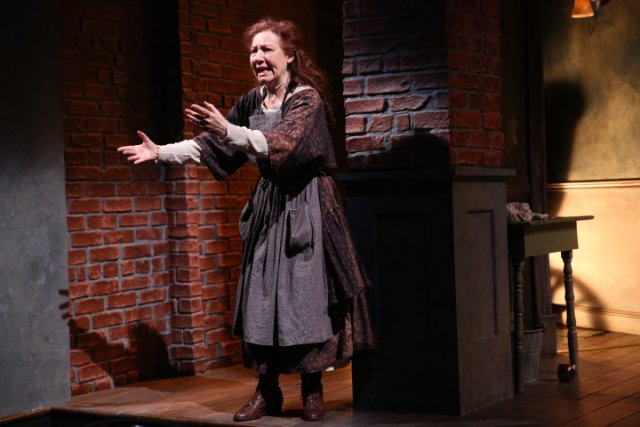 The Irish Repertory Theatre captures the quotidian of life in Dublin,1920 as it plays out in Sean O’Casey’s The Shadow of a Gunman. We  sit in the extension of a tenement room which a poet and a suspender salesman share. Above us, laundry hangs from a window. Charlie Corcoran’s set brings us completely into a day-in-the-life of a wouldn’t-be gunman. Ciaran O'Reilly directs to capture language which lilts and also can capture the rifle-repeating staccatos of fear and terror. The lament in one ear and the song in the other is heard clearly.

Lighting design by Michael Gottlieb takes us gradually from afternoon to evening and the dawning of a new day, an awful one. Linda Fisher and David Toser costume the characters in perfect period dress.

Seumus (Michael Mellamphy) is the prime tenant who has given space to the poet (Adam Petherbridge). On a shelf over the fireplace, statues of the Virgin, Sacred Heart and crucifix offer protection. At a table piled with books, and a candle, the poet Donal Davoren sits at his Underwood typewriter pecking away. Loud knocking at the door finally awakens Seumus.

The Angelus bells have rung. The room is filled with midday light. Maguire (Rory Duffy) arrives with a black bag which is stored under the bed. Mr. Mulligan (Harry Smith) demands rent. Seumus leaves for work, as Donal wonders why he ever came here.

He soon finds a good reason as Minnie Powell (Meg Hennessy) bursts in to have a look at Donal who the neighborhood thinks is a gunman on the run. She eggs on Donal, a weak and innocent soul, to admit he might be a gunman. He succumbs to suggestion: "A gunman throws a bomb as innocently as a schoolboy throws a snowball” and gets his kiss by misrepresenting himself.

Tommy Owens (Ed Malone), a fellow tenant, also arrives to see the ‘gunman.’ Tommy is an eager hero worshipper, whirling his hands and arms and dancing about as he tries to get Donal to talk about his feats. How does Donal handle fear? What do l have to be afraid of, asks Donal? Up the Republic is a faked cry for Donal. Who would die for the Republic? "He also serves who stands and waits.” A tip off.

Mr. Gallagher (Robert Langdon Lloyd) arrives to give Donal a letter begging the IRA to solve a household problem. Lloyd is marvelous as he reads his own prose, twitching over the lawyerly phrases like “Primmy Fashy Case.” Donal is left to enjoy the idea of being ‘the shadow of a gunman.’ What danger can there be in that?   Night comes and the danger is revealed.

How does something so seemingly simple as the assumption of a role others assign you turn into murder and death?

O’Casey and this particular production take a simple man of poetic bent and turn him into a self-proclaimed murderer. How small occasions can inform against us. Minnie’s enthusiasm for the romance of a passionate cause and Donal’s attraction to her are so much a part of daily life. At the time of Irish War of Independence, any seemingly innocent passion can be subverted to the violence of the cause. This production is both delightful and ominously moving.

The Sean O’Casey season at the Irish Repertory Theatre continues through May 25. Free readings, symposiums, lecture, film screenings and music exhibitions are offered.