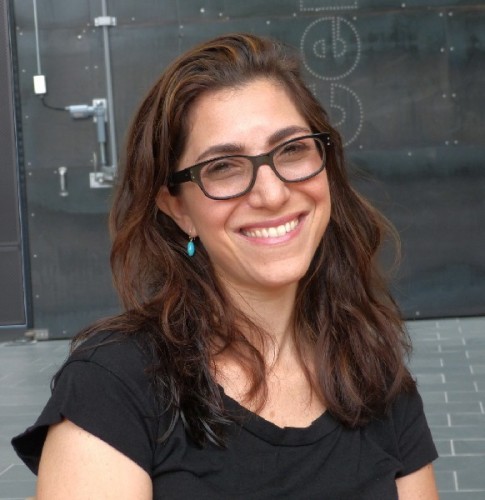 This is the third season for artistic director Jenny Gersten. Giuliano photo.

Last summer's work in progress musical, Far From Heaven, is about to open Off Broadway.

In the lead up to the Oscars Bradley Cooper has been all over the media as a nominee for best actor. That prize went to Daniel Day Lewis but his co-star, Jennifer Laerence, tripped on the stairs on the way to accepting her award as best actress.

Last summer Cooper was magnificent in Elephant Man a production that he has vowed to  take to Broadway. When he finds a break from making hit movies.

After some topsy turvy years the venerable Williamstown Theatre Festival is returning to its status as one of the nation's foremost regional theatre companies.

While her second season at WTF was stunning Gersten has more tricks up her sleeve and surprises for the summer of 2013.

Hooray for Captain Spaulding!  The intrepid African explorer, inveterate womanizer, and interminable jokester hobnobs with high society as the guest of honor at a swanky soiree. But when a priceless painting is pilfered, he and the guests are swept up in a screwball search for the thief. This new interpretation of the Marx Brothers' hit Broadway musical and classic film overflows with mirthful melodies, dynamite dancing, and seriously silly slapstick.

"You have no idea how frightfully interesting it is to take a human being and change her into a quite different human being."  With all the parallels of a modern reality-show makeover, an impoverished flower seller is taken in hand by a linguistics professor who attempts to change her accent and pass her off as the epitome of English society.  For a wager.  A sharp satire on class and women's independence, Shaw's century-old masterpiece features Robert Sean Leonard as Henry Higgins in an uproarious, poignant, and unforgettable battle of wits between two of theatre's most iconic characters.

In 1992, a rural American romance by an unknown author became a literary phenomenon.  Millions of readers have been captivated by the simple story of Francesca, a beautiful Italian woman who marries an American soldier to flee war-ravaged Italy.  Her new life in Iowa is common until she encounters Robert, a loner and artist, whose photography at National Geographic shields him from commitment and connection. Their three days of flirtation, memories of Naples, food, and laughter inspire a timeless love, and an impossible choice.  Lushly transforming the best-selling novel into an intimate musical work for the stage, Marsha Norman and Jason Robert Brown have added new resonance to a lyrical portrait of true love, loss, sacrifice, and devotion.

Three ounces of meat.  Two ounces of cheese.  Four ounces of lettuce.  Seventeen-year-old Sheri and her co-workers at a new submarine sandwich franchise have honed their skills making everything from the Turkey Torpedo to the Big Kahuna Tuna exactly as specified in the corporate manual. But when the franchise owner mysteriously disappears, they are forced to improvise, and Sheri takes charge of the ragtag band of "sandwich artists."  See just how far they'll go to keep their shop afloat in Bess Wohl's hilarious, surreal tale of the struggle for optimism in tough times, the power of sandwiches, and the glorious, messy American Dream.

The infamous Curse of the Boston Red Sox is brought to life through the changing fortunes of three orphaned souls: Johnny O'Brien, a hard-luck right-hander on the 1919 Sox; his idol, Babe Ruth; and Daisy Wyatt, a dazzling African-American blues singer and the love of Johnny's life. The mystical intertwining of their fates reveals both the source of the Curse and the secret to its triumphant end off Big Papi's bat in 2004.  Packing a resonant commentary on social history into a quintessentially American musical, Johnny Baseball will bring cheers and tears to baseball fans and theatre lovers alike.

The fourth Nikos Stage show, a revival, will be announced soon.

Bram Stoker's 1897 novel comes alive under the stars in a new adaptation by WTF veteran and Free Theatre co-founder Steve Lawson. One of the most haunting figures of our common imagination, "the Count" has stalked his nightmarish way through literature, art, theatre, and film, never failing to leave an impression, as well as the marks of his fangs. This dynamic new stage version of Stoker's iconic tale is sure to hold audiences rapt. Leave your nerves at home...but bring the whole family and a picnic. (Garlic provided.)