An Octoroon at Theatre for a New Audience

Crooked Talk Straight to the Jugular 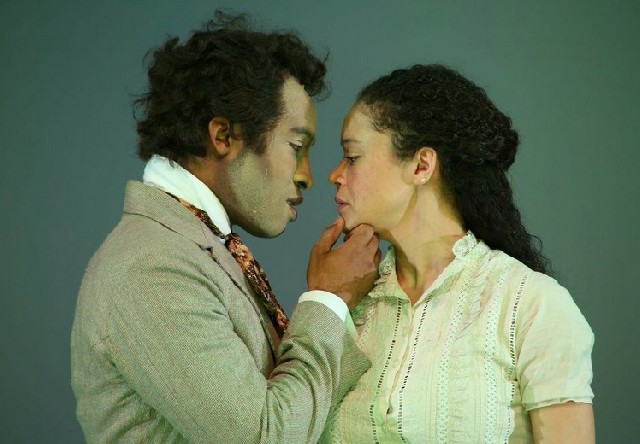 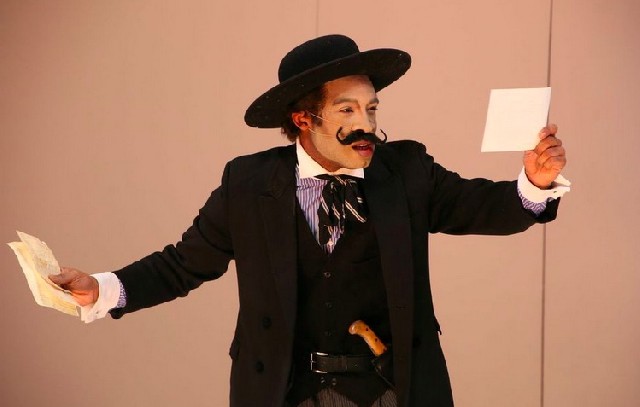 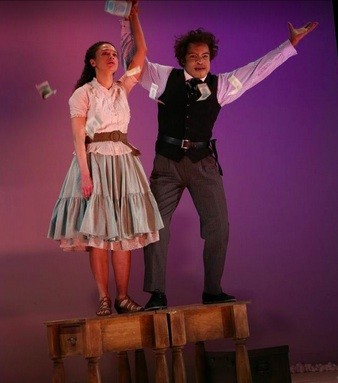 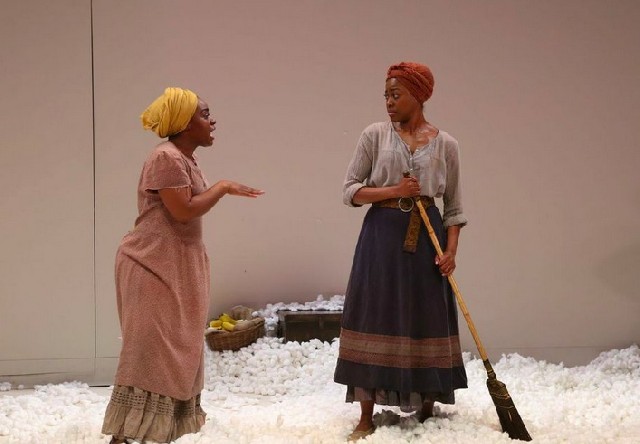 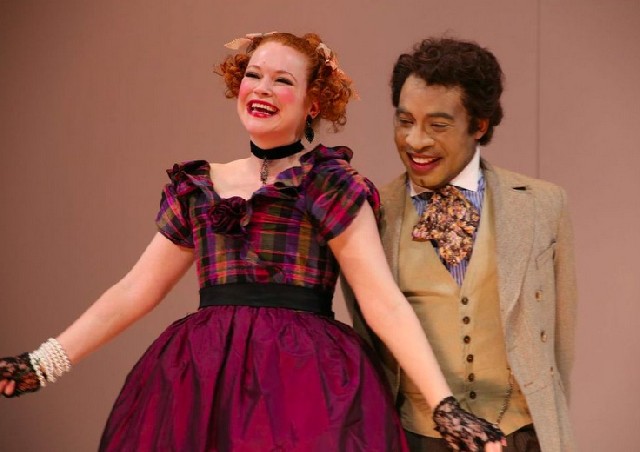 An Octoroon has at its heart a direct lift of a very popular play from the 1859 Broadway season.  Once second in popularity to Uncle Tom's Cabin, the original play by Dion Boucicault is a melodramatic portrayal of the trials and tribulations of the massas and their slaves on a Louisiana plantation.

Like Scarlett leaving Tara, the plantation has fallen into disrepair and is scheduled to be sold at auction along with all the property.

Slaves were counted as property at this time and therein lies the play's crucial problem.

The nephew of the recently-deceased owner, a French dandy just arrived from Paris, wants to save Terrebonne.  He is waylaid in the process when he falls in love with Zoe, an octoroon, one-eighth black, who is also his cousin. A big deal is made of interracial marriage, but not of a too close mixing of the genes, a post gene-decoding concern.  Her father had freed her, but a scoundrel absconds with this grant so he can have Zoe for himself.

What's both fun and dramatically touching about the new play is the creation of a fourth wall.  Often when playwrights create this wall, the work becomes burdened by intellectual constructs and sinks.

Not so in An Octoroon, where America's legacy of slavery is shown from a fresh perspective and with considerable dark humor.

From the first moment the playwright tells us that too few white actors are available and African American actors will have to don whiteface, we are at the edge of our seats, waiting for the next parry and thrust of language, ideas and feelings.

Austin Smith is brilliant as George, our hero come to the rescue.  From his flirtation with an empty-headed but not empty-hearted Southern belle played sassily by Mary Wiseman, George is an inadequate plotter.  Often he is challenged to shape up his ideas by the women around him.  Sometimes even the slaves. He is an unusually kind soul.

His are the sharpest reverses, as he takes on the enemy, and yet remains in his plantation owner suit.

The play is brought forward to the present in language.  Jive, hip talk and rap are alive in the slave quarters.  No more 'Mammys' here.  "Swing Low, Sweet Chariot," was probably sung more often than the patter we heard, but slaves did sing.   Plantation owner Marsh Tait remarked after the passage of the Civil Rights Act, that "the nigrahs didn't sing no mo'."

Slaves don't lose their voices here.  They are joined by a lone cello, stroked and plucked by Lester St. Louis, whose music echoes spirituals and also the beat of the blues.  He provides a perfect accompaniment for the spunky play, even as some slaves are sassed to run away.

In 1859, these are real, singing human beings, even if they are owned as property and can't read.

Charles Burnett's wrenching film Nightjohn comes to mind when one field slave says, "I saw the sign, but I couldn't read it 'cause I can't read."  Rollicking over the surface of these remarks does not mean that they are easily left behind.  In fact they hit their mark all the more accurately because they are light and then stick.

These scenes accumulate through the play and twist into your heart. The byplay between the play that was and the present one is always lively.  Although you are aware of manipulation by the playwright, it never drags you down, or up into your head only.   But all the while you are having a very good time indeed.

One slave dreams of a rabbit, who darts in and out of the stage.  I thought immediately of Br'er rabbit and in fact found a statue erected to him in Georgia that looks just like the rabbit on stage.  In the end, he leaps into a briar patch.  We all know that is just the beginning for Br'er.  And so it is for this play, which has come round again over a hundred and fifty years after it was written.  The new take by Jacobs-Jenkins, and directed brilliantly by Sally Benson, is a triumph.