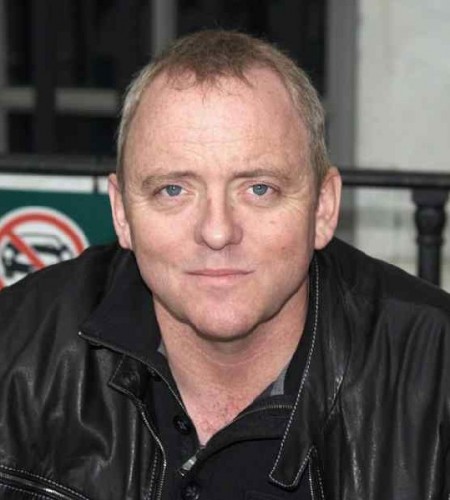 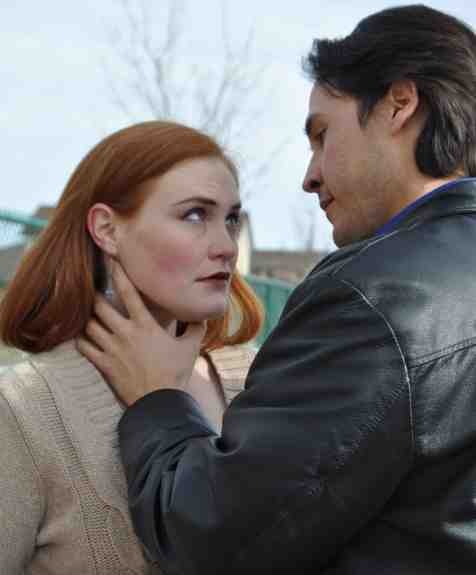 Kelly Reeves and Will Gilstrap. Love at first sight...where is this going. 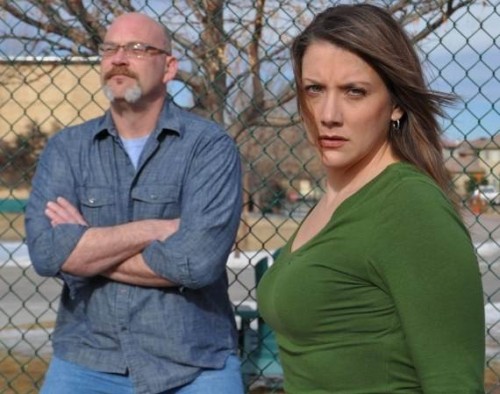 Jesse Pearlman and Sarah Mae Johnson. A psychiatrist has slept with his patient and... 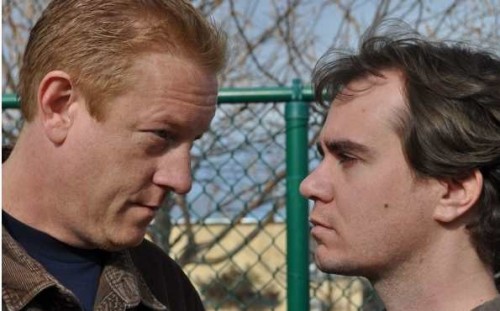 Andy Anderson and Paul Jaquith. A father and son who rob and kill.

Coronado premiered five years ago in New York, the first play of acclaimed novelist Dennis Lehane.  Lehane is a Massachusetts writer, whose books made into movies include: Mystic River, Gone, Baby, Gone and Shutter Island.  Lehane is a Boston Southie.  Coronado is the explorer who killed thousands in search of treasure.  What the treasure is remains elusive in this play.  The killing is not.

Mixing time past, present and future in a drama where the mix is mysterious, Lehane pulls off a tour de force, which cannot be easy to perform.  Coronado is immeasurably rewarding when it is done as well as it as at the Firehouse.  Directed by Luke Allen Terry the play is heart wrenching.

Lehane has written:  “After all your years climbing around in people’s heads like a cranial janitor, do you think people know why they do things?  People rationalize, they turn their delusions into something romantic that they can disguise as ethics or principles or ideals.  People are selfish, Doctor.“

Sarah Mae Johnson leaves her stamp all over the stage as the ‘patient.’  She is relentless, intriguing and alluring as a patient of a psychiatrist she’s compromised.  In Lehane’s often poetic lines, Johnson intuitively understands rhythm, the pause and silence. She magically weaves out the phrases to draw us in.  It is no surprise that she also sings, as she remarkably shapes lines.  Other cast members are all memorable.

Cutting through time, the emotional center of the play is a chemical attraction that cannot be ignored or put aside.  Evoking this in several scenes in the play, a younger Gina (the compelling Kelly Reeves) and Will (Sam Gilstrap) lavish a few apt words with such tenderness and eroticism that the very dark future of this bonding is masked.  Why not go with these so seldom felt feelings, way beyond mere lust or flirtation.

Of course, since Gina is married there is a husband to eliminate. William Dale Holton as husband Hal, has the toughest role, and perhaps the most improbable one.  As he begs Gina for a child, his male biological drive is expressed beautifully, but sits oddly, even though it is passionately delivered.  Playwright Lehane’s father was the 17th of 18 children raised on an Irish farm, and his feelings for his own children may have inspired this expression of a father’s passion.  The outcome of this feeling is bizarre:  Hal gets killed for it.

In an effort to rid herself of her cohort in crime, Gina makes a devilish bargain.  If the baby she is carrying is a boy, Will can have him.  If it is a girl, Gina gets to keep her.  The boy grows up with Will, who is only metes out ever larger doses of pain as the years go by.

“Your father picks you up from prison in a stolen Dodge Neon with an 8-ball in the glove compartment and a hooker named Mandy in the back seat.”  That’s how the son sees his father, but the young boy does not give up on love.

In the end he survives his father, just.  Their last moments together are near the decaying belly of a long dead girl, where they find treasure: either an embryo or a valuable diamond.

Lehane teases with a reunion at the Lone Star type Café where the play began and in which Gina now works.  She has sought the son she gave up, serves him, sensing that he may be someone she knows.  He settles into the empty bar to drink away a rainy night to perhaps drink himself home.

Director Terry found the script irresistible on first reading, and the audience does too, in this first-rate production.