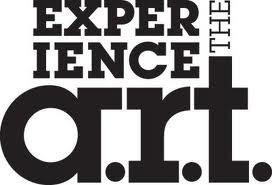 The American Repertory Theater (A.R.T.) and Harvard University are proud to announce their participation in The National Civil War Project, an ambitious multi-city, multi-year collaboration of four universities and five performing arts organizations to commemorate the 150th anniversary of the American Civil War, which launched today in Washington, D.C. Inspired by noted choreographer Liz Lerman, The National Civil War Project will include the commissioning of original theatrical works as well as the creation of new arts-integrated academic programs.

The National Civil War Project crosses traditional boundaries by uniting a range of academic and artistic perspectives through a unique partnership of universities and theaters, including: Alliance Theatre and Emory College Center for Creativity & Arts at Emory University in Atlanta, GA; American Repertory Theater and Harvard University in Cambridge, MA; Arena Stage and the George Washington University in Washington, D.C.; and CENTERSTAGE in Baltimore, MD and The Clarice Smith Performing Arts Center at the University of Maryland in College Park, MD.

Harvard University President Drew Faust commented: ”The arts invite a shift in perception and understanding that is at the heart of all learning. Projects that elevate the profile of the arts and art making enrich campus communities and encourage imagination and innovation – two essential drivers of human progress.”

Diane Paulus, A.R.T. Artistic Director, concurred: “This anniversary provides the A.R.T. an opportunity to explore the American Civil War, and civil war as it continues in our world today. We are fortunate to be part of a university with a president who is a preeminent Civil War scholar and historian. As the leader of an art institution on campus, I have been deeply inspired by President Faust’s embracing of the idea that the arts should play an important role in the cognitive life of the university.  Through this project, we are exploring ways in which artistic innovation and scholarly research can inform each other, leading to the generation of new theatrical projects and new courses in the Harvard curriculum.”

The centerpiece of The National Civil War Project will be the commissioning and development of new theatrical works, drawing on the theme of civil conflict and the American Civil War. The organizations will convene leading experts for national conferences and symposia, and produce public discussion series, community programs and dramaturgy, student playwriting projects, student-generated exhibitions, and artist and academic roundtables.

Through support from the Harvard Initiative for Learning and Teaching and the Mellon Foundation, the A.R.T. has hosted a series of roundtables designed to bring artists and scholars together in dialogue about a range of subjects related to the Civil War, leading to new courses at Harvard University and new readings, workshops, and productions on the A.R.T. stages.  The topics of the three roundtables have been “Uncle Tom’s Cabin,” “Medicine, Weaponry, War Wounds, and The Soldier’s Body,” and “Civil War Photography, Painting, Reenactment, and Memoir.”

The Boston Abolitionists will be an ensemble-devised piece directed by Steven Bogart (director, Cabaret A.R.T. 2011/12 Season) about the abolitionist movement in Boston and the trial of the fugitive slave Anthony Burns. This will be performed in May 2013 with the graduating students of the A.R.T. Institute for Advance Theater Training.

War Dept. will be a new music theater piece by Jim and Ruth Bauer (co-creators of The Blue Flower A.R.T. 2011/12 Season) set in Ford’s Theater that explores the lives of friends and family who search for answers among the records of the Civil War dead and wounded.

Memoranda During The War, Walt Whitman’s account of being a medic during the Civil War, is the inspiration for a new opera being composed by Matt Aucoin, 2012 graduate of Harvard University, graduate composition student at Juilliard School of Music, and assistant conductor at the Metropolitan Opera.

Education
The A.R.T. will facilitate the Proclamation Project, a youth writing immersion program modeled after the Alliance Theatre's successful Collision Project.  The Proclamation Project will empower an ensemble of creative teenagers to deconstruct, remix and perform a primary source drawn from Civil War documents. Simultaneously, all other theaters participating in The National Civil War Project will facilitate the same process with local teens in their respective areas. During the devising process, all four ensembles will stay directly connected with one another through Skype, Facebook, and other online social platforms. The three-week workshop will culminate in a local performance and a potential convening of all four teen ensembles in Washington, D.C. to share each city’s Emancipation Story.

The American Repertory Theater (A.R.T.) at Harvard University is dedicated to expanding the boundaries of theater. Winner of the 2012 Tony Award for Best Musical Revival for its production of The Gershwins’ Porgy and Bess, the A.R.T. is a leading force in the American theater, producing groundbreaking work in Cambridge and beyond. The A.R.T. was founded in 1980 by Robert Brustein, who served as Artistic Director until 2002, when he was succeeded by Robert Woodruff. In 2008, Diane Paulus became the A.R.T.'s Artistic Director. The A.R.T. is the recipient of numerous other awards including the Tony Award for Outstanding Regional Theater, the Pulitzer Prize, and many Elliot Norton and I.R.N.E. Awards. Its recent premiere production of  Death and The Powers: The Robots’ Opera was a 2012 Pulitzer Prize finalist.

During its 32-year history, the A.R.T. has welcomed many major American and international theater artists, presenting a diverse repertoire that includes premieres of American plays, bold reinterpretations of classical texts and provocative new music theater productions. The A.R.T. has performed throughout the U.S. and worldwide in 21 cities in 16 countries on four continents.  The A.R.T. is also a training ground for young artists. The Theater’s artistic staff teaches undergraduate classes in acting, directing, dramatic literature, dramaturgy, voice, and design at Harvard University. In 1987, the A.R.T. founded the Institute for Advanced Theater Training at Harvard University. A two-year, five-semester M.F.A. graduate program that operates in conjunction with the Moscow Art Theater School, the Institute provides world-class professional training in acting, dramaturgy and voice.

Since becoming Artistic Director, Diane Paulus has enhanced the A.R.T.’s core mission to expand the boundaries of theater by continuing to transform the ways in which work is developed, programmed, produced and contextualized, always including the audience as a partner. Productions such as Sleep No More, The Donkey Show, Gatz, The Blue Flower, Prometheus Bound, The Gershwins’ Porgy and Bess, and Wild Swans have engaged audiences in unique theatrical experiences. The A.R.T.’s club theater, OBERON, which Paulus calls a second stage for the 21st century, has become an incubator for local and emerging artists, and has also attracted national attention for its innovative programming model.