Hot new play from London at the Manhattan Theatre Cub 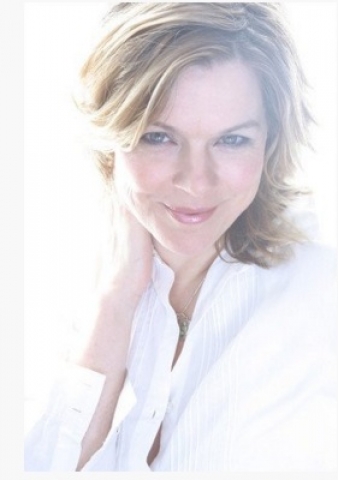 Jamie Dee in a star turn as Linda 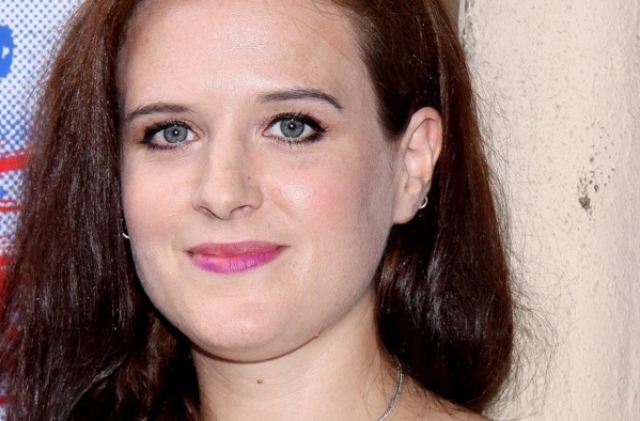 Penelope Skinner, playwright, Lynne Meadow director and Jamie Dee in the title role score a trifecta in the first act of Linda. A ripely middle-aged skin care executive in London thinks she can continue to be visible to her boss, her husband, her two daughters and the new young upstart at the office. Her fear of invisibility prompts her to suggest a new campaign, True Beauty, in which the over 55s have a chance to moisturize and mask themselves to True Beauty.

The first Act is a beautifully choreographed dance. In the office, Linda seduces, now less successfully. At home she is not a cuddly mother but she has married a school teacher who provides the two daughters with warmth and understanding and kindness.   Give her credit for recognizing that she is brittle and perhaps not as maternal a presence as the girls would like.

The back story is sprinkled throughout. Parts of it don’t seem to have a place, like Linda's mother’s suicide. Children are haunted forever by an event as monumental, but this one is reported and not felt.

As a teenager Linda had a child on her own, or perhaps the married boss, whose longevity at the company parallels Linda’s, is the father. When young Amy, the wannabe Linda rocks out of the office door, her long blonde hair swinging, boss in tow, we get the distinct impression that what happened thirty years ago is going to happen again.

Cultures across the pond may be very different from ours. On the mainland of the EU, women use products and not surgery to look as good as they can, not young. That’s the position I find among my friends here. Fifteen years ago I was in a women’s group where women talked about becoming invisible. This meant was that they didn’t get whistles and cat calls from construction workers as they passed by. I don’t know a woman today who misses these signals of appreciation.

It is true in the office that young is in, because the buying markets are thought to be between the ages of 18 and 34.   Brand identification is supposed to develop then. At the Sephora chain, beauty efforts are now directed at the fastest growing market, men.

In this country, Linda, smart as she is, might have started a new campaign aimed at the men's market. Instead, in this play, she goes crazy when she is cut off from her leadership position. She is a very vulnerable creature and one feels for her under Meadows’ direction and Dee’s stunning performance. But the thesis is weak and this weakens the production over all.

The sets (Walt Spangler) and lighting (Jason Lyons) are wonderful. Jennifer von Mayrhausen's costumes suit well, especially on Alice who wears a skunk onesie.  On a turntable, we have a functional kitchen with a stove and running water, offices and the bedroom shared by Linda’s two daughters.   The singer who seduces Linda’s husband is often propped outside, turning, but not part of the home scene, unless she is confessing guilt and apologizing.

The cast is outstanding throughout. Molly Ranson is touching as she struggles to find the right monologue for an audition, preferring a male role like Glenda Jackson in King Lear. Maurice Jones is wicked as he traps a woman aching for sex and Jamie Dee’s performance is superb.