The Night of the Iguana at ART

A Galaxy of Stars Shines on Tennessee Williams Last Classic 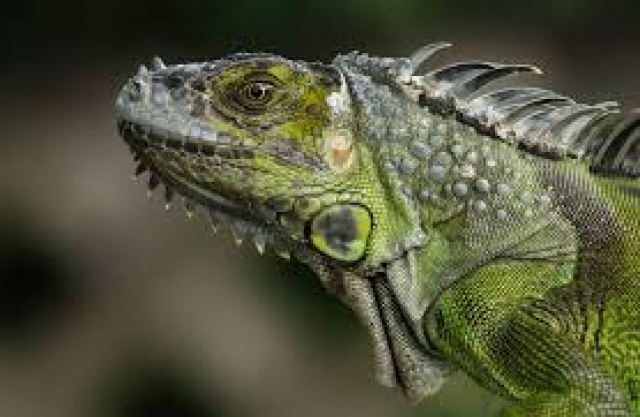 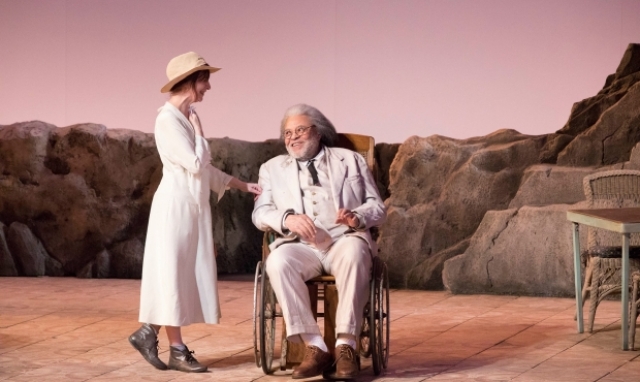 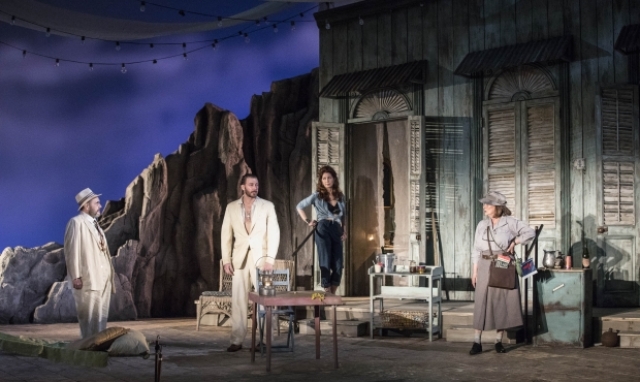 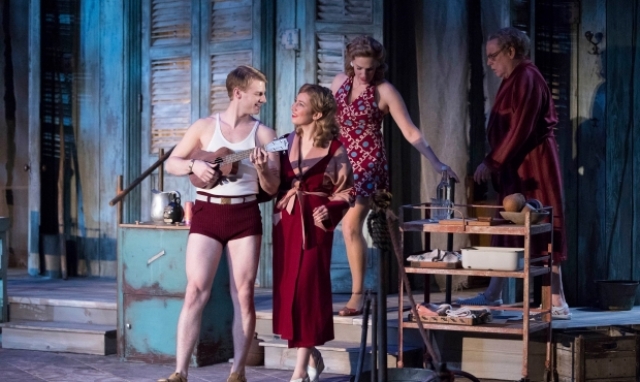 The Germans at the hotel veranda 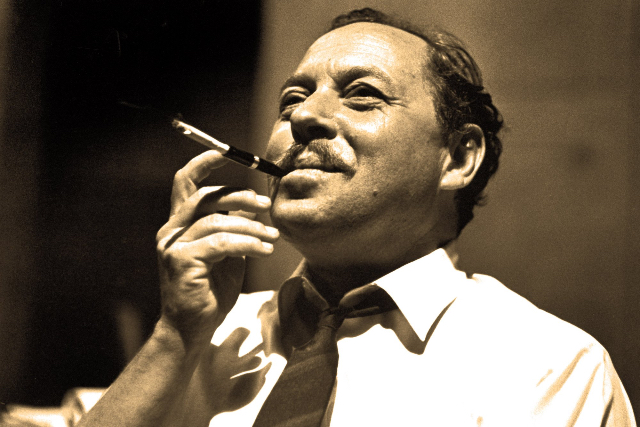 Along with Eugene O’Neil and Arthur Miller, Tennessee Williams (1911-1983) was one of the three greatest playwrights of 20th Century American drama. The Night of the Iguana was written in 1961 and made into a star-studded film in 1964. The current version of the play, also star-studded, at the American Repertory Theatre is a theatrical treat on many levels. The Night of the Iguana was Williams' last major success.

As with many Williams creations, this is a drama about wrestling with love, personal identity and life’s thematic meanings. Specifically, it contains a very live metaphor of a large lizard scratching to get free and not being eaten up.

The play opens in September 1940. Shannon, now a C-class tour director, has brought students and teachers from a Baptist women’s college in Texas. He is getting a kickback from the often bawdy but vulnerable Maxine. However, the ladies are very unhappy and revolting.  They want nicer and more exciting lodging. The chaperone of the trip, Elizabeth Ashley’s uptight, unhesitatingly blunt and self-righteous Judith Fellowes, wants to report Shannon for his general lack of professionalism and  deflowering of her niece, a 16-year-old student.

To add to Shannon’s woes, the teenager is now insisting on marriage. This all puts the presently sober alcoholic on the verge of another nervous breakdown. His first took place a number of years earlier when he was fired from his pulpit for seducing a young Sunday school teacher and demeaning God in a sermon.

The two other principals in the play are Amanda Plummer’s Hannah Jelkes, a self-absorbed Nantucket spinster and her ailing grandfather, a 97-year-old poet Nonno. He is played by the exalted actor James Earl Jones. His voice and presence as a performer make his reading of the old telephone book an outstanding theatrical event. They are an oddly paired con-couple who travel around the world charming hotel guests with poetry recitations and artwork (quick portraits, sketches and watercolors) in order to pay their expenses and more. Without any money, Shannon convinces Maxine to reluctantly allow them to stay at the hotel.

Sprinkled into the cast are two visually interchangeable Mexican cabana boys and an overly jovial, party-hardy quartet of German tourists who love hearing about London bombing and the Fuhrer’s frothing radio orations (remember this is at the start of WWII).

Seated in a wheelchair and heard in very short bursts, Jones’ character powerfully reverberates even behind closed doors. Amanda Plummer is simply outstanding as the chaste itinerant artist. She literally grows before our eyes from a mousy opportunist to a full blown complicated, well-spoken personality. She shines in this role.

Throughout an extremely long and rather awful night, Shannon battles both his sexual and alcoholic weaknesses. He is very weak and fevered. Miss Fellowes' niece continues to make trouble for him. Literally at “the end of his rope” like the large iguana kept tied up by Maxine's cabana boys, Shannon suffers some sort of a breakdown, and the cabana boys tie him up in the hammock. Through the night, Hannah nurses him with poppy-seed tea and candid conversation. Their discourse includes her version of honest spiritual counsel. Eventually, she unties him and his fever seems to subside, but alas, there is not much real connection between Shannon and her.

During the night, there is a loud scratching noise. This is the trapped iguana trying to free itself. Because of Hannah’s horror of the cruelty of keeping the iguana tied up waiting to be eaten, a notion of unkindness, Shannon is eventually convinced to free the iguana. This act frees Shannon as well to make a decision about who he actually is.

Late in the evening, Hannah's grandfather finishes the final version of his poem, a poem that he has been laboring mightily to finish. Shortly after the poem’s completion, he dies. At the end of the play, Shannon loses his tour guide gig as well, but he and Maxine decide to run the hotel together. There is chemistry between Maxine and him that just does not exist between Hannah and Shannon. Now alone, self-aware rather than self-obsessed, Hannah walks away from what seems to be her last chance at true love.

The picturesque hotel veranda set by Derek McLane can be considered a character in the drama itself. Following the playwright’s vision, it includes a hammock, rolling serving cart bar, wicker chairs, tatty bird netting, strings of burnt out overhead lights, stairs down to the beach and rough land side boulders. Throughout the production, the lighting and especially the sky by David Lander went from impressive to magnificent.  There is an eye-widening rain storm at the end of the first act that is awe-inspiring.

The great and most pleasant surprise of this play is Amanda Plummer’s magnificent performance. Mostly known for shy, socially awkward or psychologically flawed characterizations, here she blossoms into a fully formed person. This is a sturdy, solid acting achievement. Without a doubt, Amanda Plummer is the brightest star in this theatrical galaxy.

Is this production destined for Broadway? With the right backing, it should be.