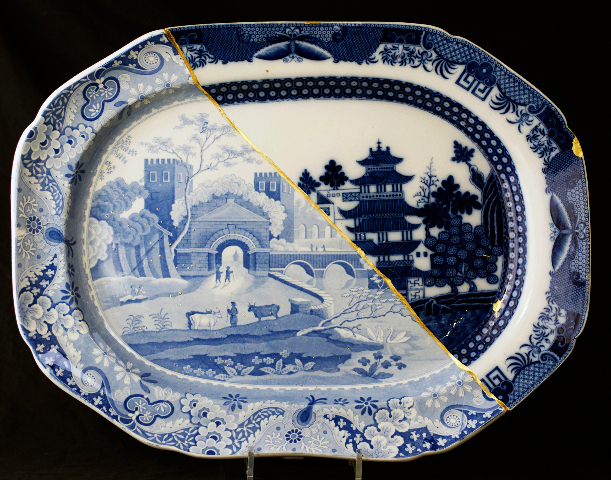 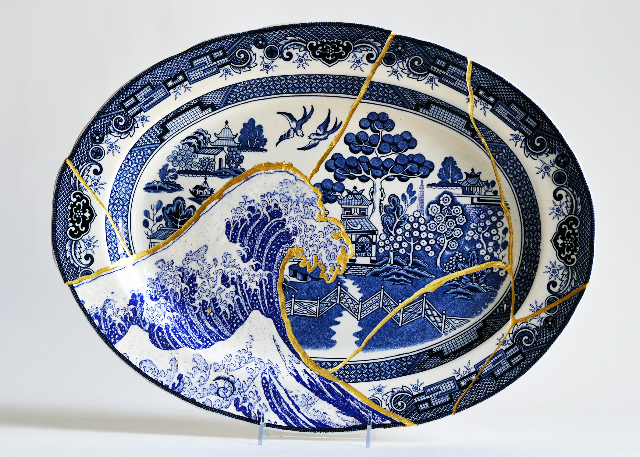 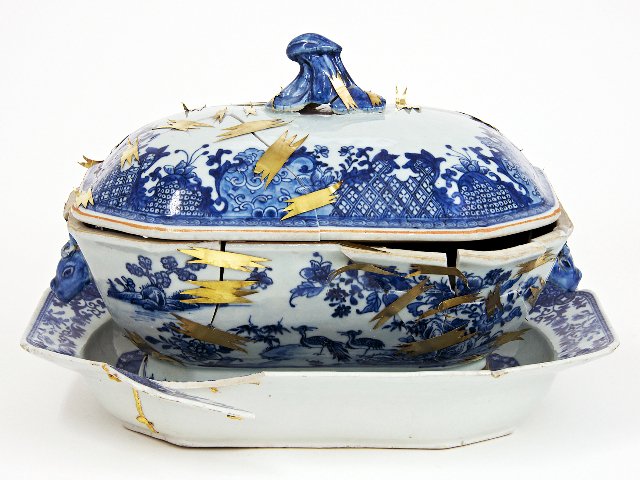 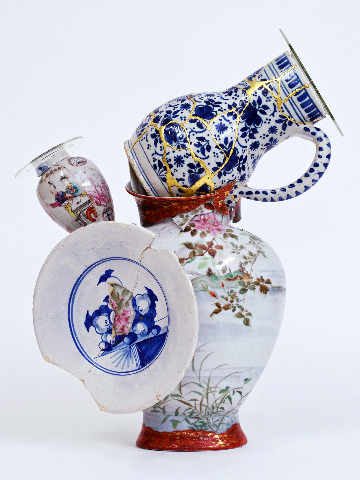 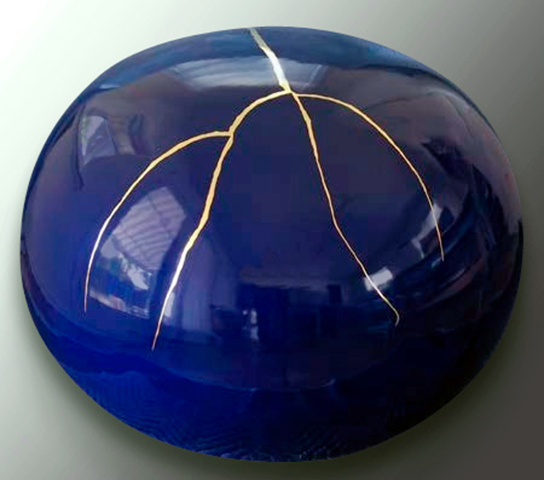 The exhibit at Ferrin Contemporary features work by these contemporary artists whose pieces imitate, replicate, or honor inventive repairs of the past. Reanimate, Repair, Mend and Meld examines the current interest in materially related forms and graphic material by leading artists who exploit and explore surrounding issues. The show was originally presented as a special exhibition at the New York Ceramics & Glass Fair 2016.

Andrew Baseman, whose extensive personal collection was presented side by side at the fair with works by contemporary artists who intentionally use repair techniques, explains, “my collection of Make-Do’s is made up of broken pieces that were repaired in inventive ways.” Staples, wires, rivets, and metal bands were used to reassemble and restore teapots, cups, plates, and platters.

“Before the invention of Krazy Glue, broken household items were brought back to life with flair and ingenuity,” Basemen said. “My collection gives new meaning to the ‘Bull in the China Shop’ dilemma.”

Paul Scott, co-curator, author, and contemporary artist whose own practice involves the reanimation of historic ceramics is interested in the broader concept of “RE-use” through his own work and the artists selected for the exhibition. He writes, “In more recent times, as we struggle to come to terms with our overconsumption of finite resources, the concept of recycling has become a central tenet of modern life.

There is an increasing interest for crafted, restored, once-loved objects so that the obviously-repaired, ‘traditional’ processes again appear beautiful, functional, and intriguing. For many artists, recycling and reuse has long been a natural part of practice; as well as ecological soundness—trash is generally cheap (if not free). Existent, damaged, worn, or broken objects carry messages; they have already had a life and carry evidence of their journey in material fabric.

This realized physicality can be used or exploited in aesthetic form, as conceptual device or collateral evidence. Discarded graphic material has long been used in collage and more recently material from industrial archives are also being used to create new iterations.”

Included in the exhibition is a contemporary repaired artwork that was a by-product of an insurance claim.

While organizing the exhibition, Ferrin Contemporary became aware of a damaged work by Ai Weiwei that was repaired using the kintsugi technique. The object provokes the question of value when restoration is made obvious and is not done directly by the artist. Leslie Ferrin asks, “If it is unique and repaired beautifully, is it more or less valuable than the 100 identical ones?”