Figurative Painter Was a Member of the Legendary Sun Gallery 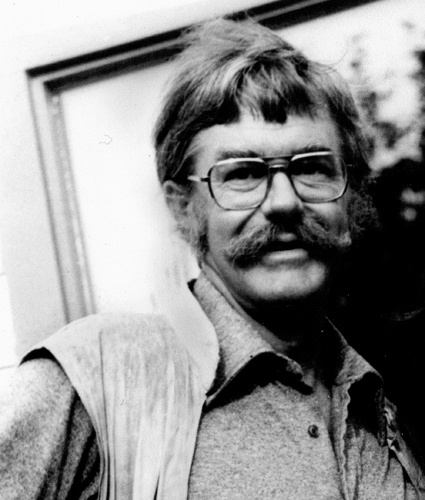 A vintage image of the handsome and charming artist Tony Vevers. 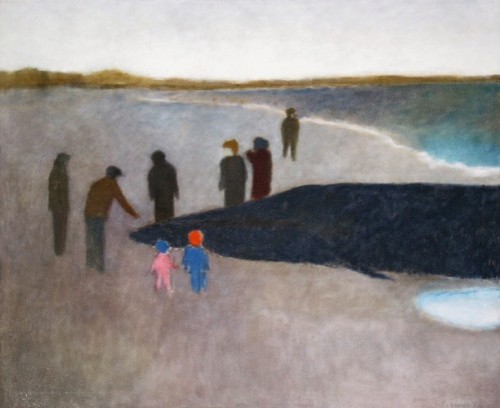 This painting from 1960 Whale on a Beach is a prime example of the movement of Figurative Expressionism. 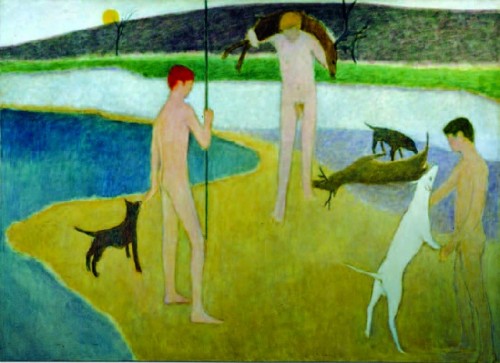 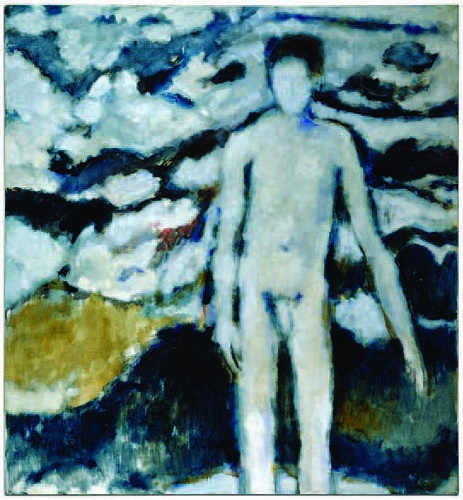 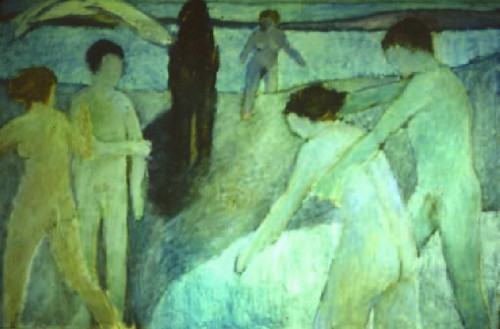 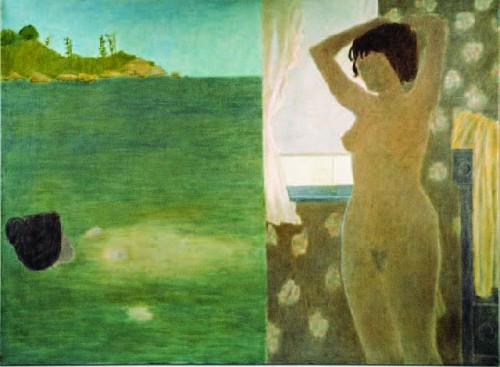 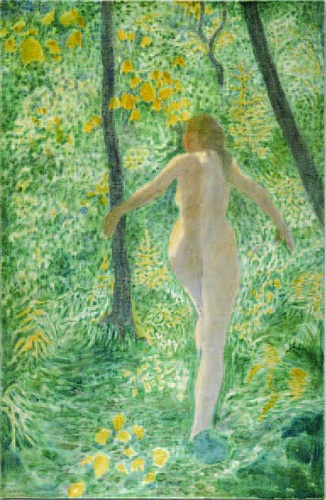 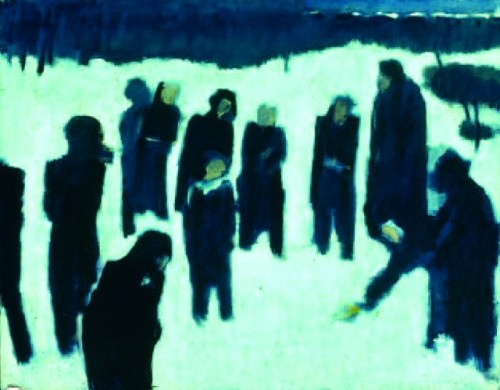 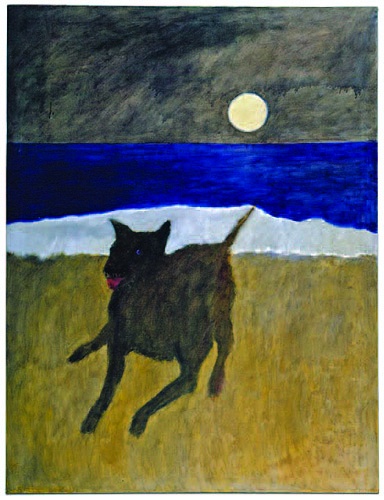 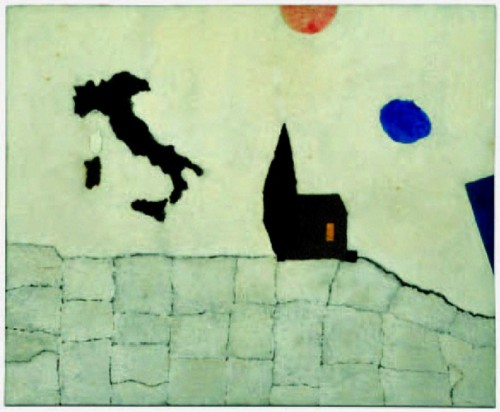 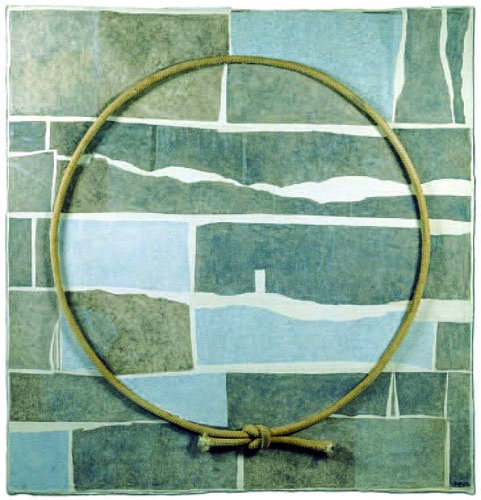 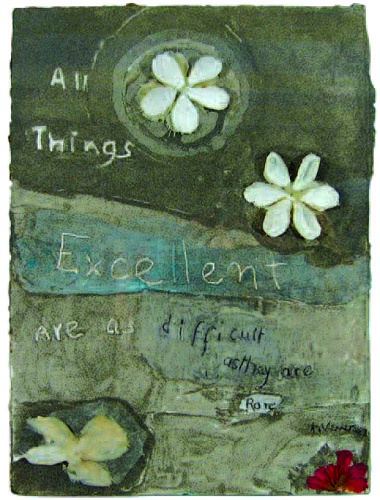 In the mid 1970s, while a graduate student at Boston University, I conducted research on the Provincetown artist, Karl Knaths. That widened into a deeper overview of the history of the Lower Cape art colony which Knaths had joined just prior to World War One.

The then director of the Provincetown Art Association and Museum, Ellen O'Donnell (Rankin) was helpful in suggesting artists to interview and in making connections. Particularly helpful were Nat Halper and Tony Vevers who were remarkable sources for oral history. Nat was primarily involved with literature and was an authority on James Joyce. Tony was then a member of the artist's cooperative Longpoint Gallery in a building who now houses artSTRAND and the School House Gallery.

During the Post War generation there was much discussion of the Return of the Figure and several artists who showed with Sun Gallery- Jan Muller, Bob Thompson, Lester Johnson, Red Grooms, George Segal, Alan Kaprow- were major elements of the development of what has come to be known as Figurative Expressionism. It is an important chapter in the art of its era which has never been thoroughly researched, exhibited and published. This important movement, and the debate about the return of the figure, got upended and superceded by the emergence of Pop Art. The success of Pop rendered somewhat moot the significance of Figurative Expressionism. Only a handful of scholars have shown any interest in setting in order the complex elements of that style which had a broad national reach including the Bay Area Figurative artists, several Chicago painters, as well as those who worked in New York and summered in Provincetown. It was the topic of much lively debate in the Artist's Club and at the Cedar Bar in New York.

Through Tony, I came to know his daughter, the artist Tabitha Vevers, as well as his wife, the artist, Elspeth Halvorsen. Some years back I organized an exhibition of the three artist members of the Vevers family in the program I directed for the gallery of the New England School of Art & Design. That exhibition was curated by Tabitha's husband, the photographer/ artist, Daniel Ranalli. It was a wonderful exhibition and a great joy to honor a remarkable family. Tony had already suffered a stroke but was typically upbeat during the opening. I am so pleased, looking back, that I was able honor his enormous generosity on so many levels both personal and professional.

Professor of Art and Art History at Purdue University in Indiana and a highly respected and well-loved artist with deep roots in Provincetown, Tony Vevers' contributions to the art world and to the arts in his adopted home are legendary. His figurative and landscape paintings from the 1950s and '60s have a simplicity and purity that marry narrative and formal eloquence. In the 1970s he began working with rope and sand, creating poetic canvases of mysterious beauty.

Born in London in 1926, Tony and his sister were evacuated to the U.S. in 1940 to escape the Blitz during World War II. By 1944 Vevers was serving in the U.S. Army, in Germany, and had achieved the rank of Staff Sergeant when he was honorably discharged. After leaving the army in 1946, Tony entered Yale University on the G.I. Bill where he studied art, graduating in 1950.

In the early 1950s Tony traveled to Italy to study art, and later lived in New York where he met many of the first generation Abstract Expressionist painters. In 1953 he met and married the artist, Elspeth Halvorsen. By 1954 Tony and Elspeth had established themselves in Provincetown and their two daughters were born over the next three years.
Although Vevers taught at Purdue University from 1964 to 1988, it was the summers in Provincetown that fed his creative spirit.

His astute insights into Modernism as it spread from New York and into Provincetown were fueled by his connection with virtually every artist who had been part of that eraÂ—including Edwin Dickinson, Mark Rothko, Franz Kline, Jack Tworkov and Robert Motherwell. As Museum Director Chris McCarthy stated, "It is hard to imagine anyone who has had a more consistent hand in the life of the Provincetown Art Association and Museum over the past four decades. Tony's insights and contributions to writing the history of art in Provincetown are unparalleled."

Tony Vevers exhibited his work in over one hundred solo and group shows in New York, Boston, Provincetown and throughout the U.S. In 1977 he became one of the founding members and president of Provincetown's legendary Long Point Gallery. His work is in the permanent collections of the Hirshhorn Museum in Washington, the Walter Chrysler Museum, the DeCordova Museum, the University of Massachusetts and many others.

He received awards from the National Council on the Arts and the Walter Gutman Foundation. He served as an advisor to the Fine Arts Work Center and as a trustee and curator of the Provincetown Art Association and Museum.

Surrounded by family and friends, Mr. Vevers passed away peacefully on Sunday, March 2nd. He is survived by his wife Elspeth, daughters Stephanie of New York and Tabitha of Cambridge and Wellfleet, sister Pamela Sherin of New Jersey and his nephews Anthony Sherin of New York and Jonathan Sherin of California. Much loved by everyone who knew him, Tony brought a quiet grace and dignity to his every encounter.

In lieu of flowers the family requests that donations be made to the Provincetown Art Association and Museum, 460 Commercial St., Provincetown 02657. A Memorial Service is planned for early summer at the Museum.