Puppetry Flies at The Tank 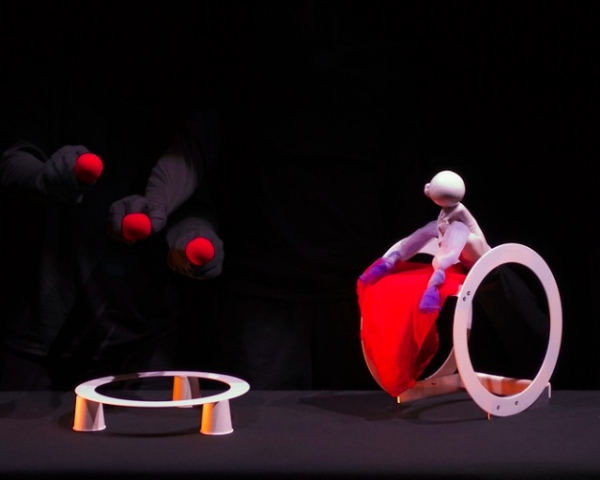 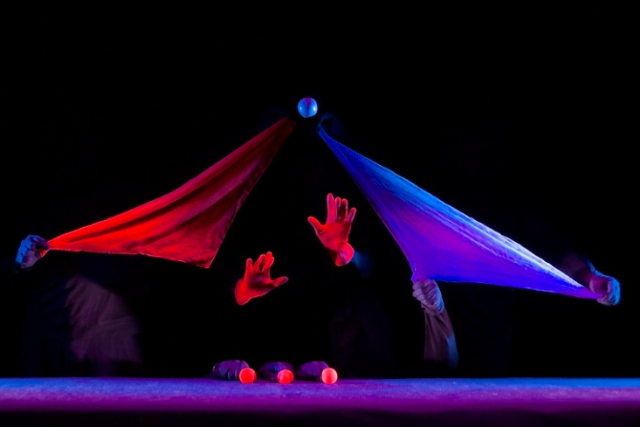 Juggling balls about to cascade 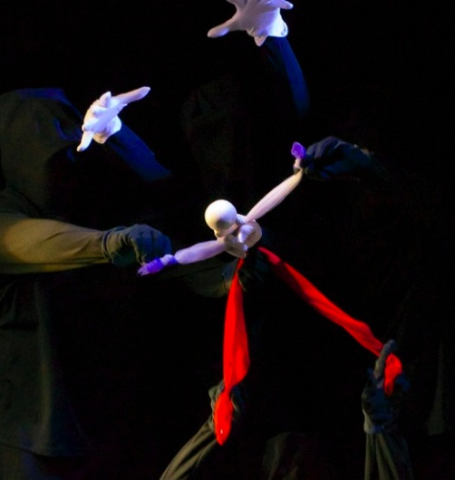 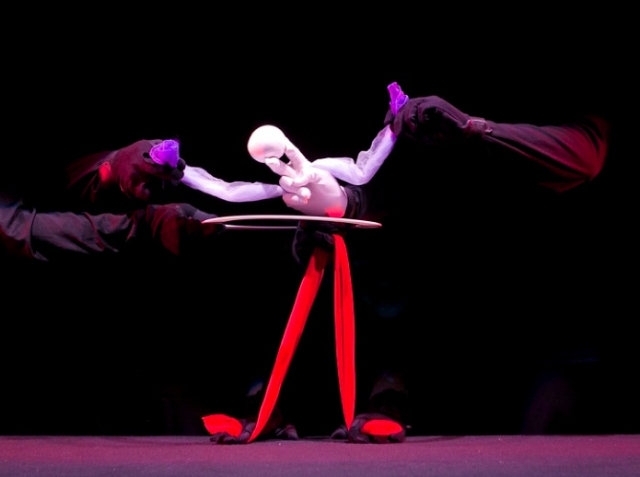 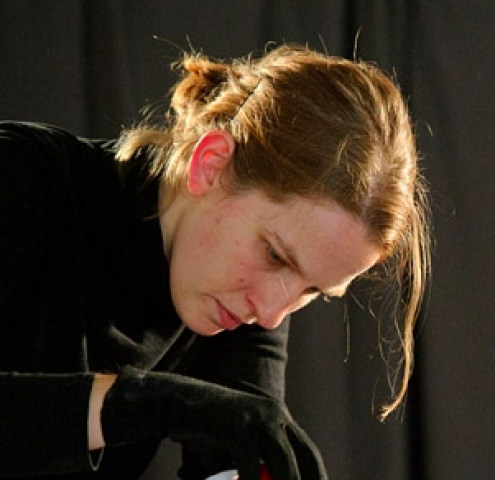 Anna Fitzgerald tells the story of a great circus athlete and juggler, Judy FInelli,  who began to lose her physical powers and discovered she had multiple sclerosis.  This sad story is both humorous, hopeful and joyous in Reverse Cascade.

Fitzgerald explains: After building a career as a circus performer and juggler with remarkable physical control, Judy's body began to fail her. For years, she searched for an answer and was eventually given a diagnosis of Multiple Sclerosis. Slowly, Judy lost control of her body, her spirit, and the juggler that was inside of her. But the circus called her back, and Judy found new ways to challenge herself, pushing her body to the limits.

Puppetry is an ancient form of storytelling.  A drama is acted out by specialized representational objects, manipulated by a puppeteer. The six human animators in Reverse Cascade are dressed in black from head to toe.

The leading puppet is unusually built from a firm head with either curling hair or a disease creeping up on her.  Her body to the waist has substance, but her legs are made from flimsy material which becomes weaker and weaker as her disease progresses.

Fitzgerald has created her puppet figure of Judy from cloth, so the legs in motion become increasing floppy and unsupportive. Steps at first striding begin to fail.  The figures hands turn purple.

Using props from the world of circus both delights and informs. Juggling balls immediately sense a change in Judy. They each have their own vocal tone, ranging from a small screech to a light growl.

Accompaniment by Ellen Cherry on an electric cello is a perfect suggestion of pain, decline and occasional exultation.

Six puppeteers, dressed in black from head to toe, dance with their figure and her circus ring, in which she almost hula hoops. A doctor is created in blue to contrast with the red and white of the circus world.

Different styles of puppetry are used. The six puppeteers occasionally manipulate juggling balls on rods. Their hands move the legs of the puppet. The only time we see real human, ungloved hands occurs when Judy hits a wall in her efforts to keep moving.

Judy braves flight and soars toward the end of the piece. White flags flutter in triumph. Judy Finelli's amazing journey from legs, to wheels, to new heights is brilliantly told.

Reverse Cascade will be presented again on March 10-13 at The Tank, a midtown theater company dedicated to developing and presenting new works for the stage by emerging artists. Part of the Tank's flagship program Flint & Tinder, Reverse Cascade curated by Josh Luxenberg, Jon Levin, and Rosalind Grush.  Catch it while you can.