Rebounds Back to St. Louis 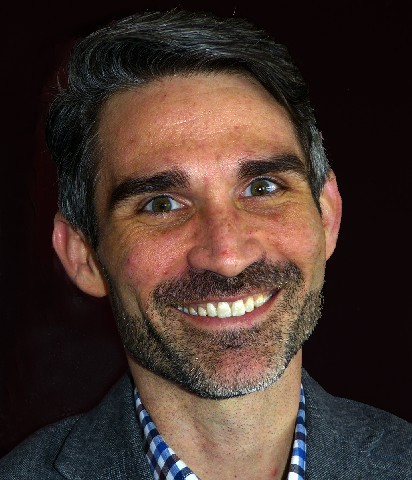 Rick Dildine has made a quick exit from Shakespeare & Company. Giuliano photos. 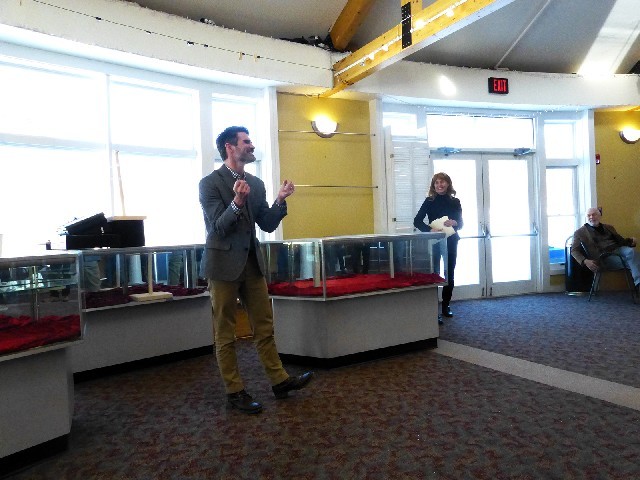 In mid-February Dildine was fired up in announcing the coming season. 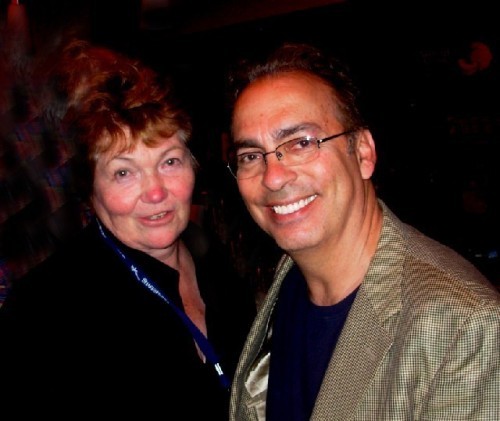 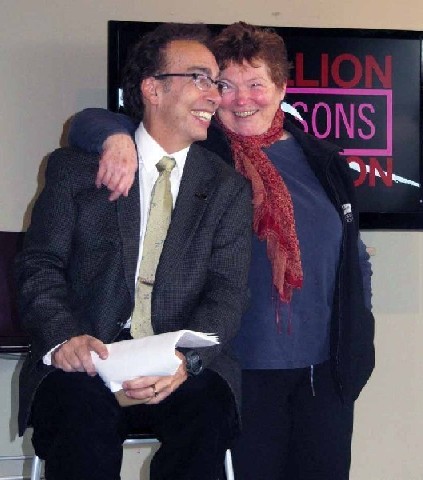 Simotes and Packer appeared to work well together.

What gives at Shakespeare & Company?

After taking over from founding artistic director, Tina Packer, an original member of the company, Tony Simotes, was in charge for five years. By all accounts he brought the company back from the brink of financial ruin. Nobody was talking when Simotes left not long after the arrival of Rick Dildine following great success in St. Louis.

Having announced the season a month ago today we learned of Dildine’s abrupt return to his former position.

During the recent press conference Dildine was over the top in enthusiasm. He even cajoled the audience into cheering and applause.

Significantly, he took no questions but stuck around for several one-on-one interviews. I declined the opportunity telling him that I would prefer to wait until casting is announced.

Having the second artistic director depart within a matter of months sends mixed messages. The company has a deep bench and should transition into mounting a strong season. On paper the mix of plays looks compelling. It remains to be seen if there will be any triage.

Based on brief impressions Dildine was young, capable and eager to roll up his sleeves.

When the team goes south the usual response is to fire the coach. The silence following the departure of Simotes, and the quick exit of Dildine, indicates conflict in the board room.

Whatever promises and authority that enticed Dildine to leave St. Louis did not, it appears, pan out.

The board will make a list of candidates for the position. Given the recent history, however, it is likely that the individuals in question will ask tough questions.

When casting for the 2015 season is announced we will know to what extent there will be changes in the company. We were waiting for the shoe to drop. Now we will have to sit tight for a while longer. To what extent will the S&Co approach of mult-tasking prevail?

“We are sad to see Rick depart as he has contributed so much to our organization already,” said Sarah Hancock, Chair of the Board of Trustees. “He is a creative producer and deserves to be able to use his skills where his passion lies. We wish him the best of luck.”

The organization recently announced its 2015 season line-up and completed a matching gift campaign for capital improvements for its campus in downtown Lenox. Dildine has led the recent budget process, which culminated in the approval of a budget for the next fiscal year.

“I have learned a lot while collaborating with the Board and the staff at Shakespeare & Company over the past few months,” said Dildine. “In evaluating the opportunities ahead for Shakespeare & Company, I’ve decided that my skills are best served in St. Louis. My deepest thanks to Chair Sarah Hancock and the other trustees who have worked so closely with me to create a more sustainable organization.”

To lead the 2015 season, the Board of Trustees has appointed Steve Ball as Interim Managing Director and Ariel Bock and Jonathan Croy as Interim Co-Artistic Directors. In announcing the Board's appointment of Mr. Ball, Ms. Bock and Mr. Croy, Ms. Hancock said, "We are delighted to announce these appointments, and have supreme confidence in this team’s abilities to lead the season ahead. Collectively, they bring a tremendous amount of experience to the organization, and are all well-respected members of the industry and the community.”