Obama 44 by Mario Fratti Off Broadway 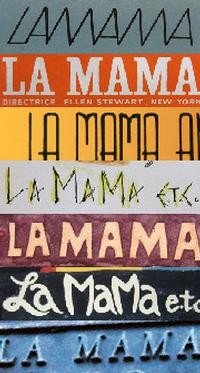 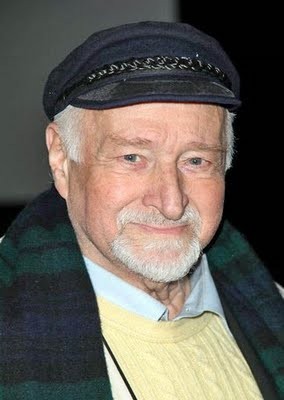 A new play by Mario Fratti.

La MaMa will present the world-premiere of Mario Fratti's newest play, OBAMA 44, with performances starting March 29, 2012 prior to an official press opening April 1 at La MaMa (74 E. 4 St.) in Manhattan.

OBAMA 44 is a psychological thriller about the murder of the charming, beautiful young woman Maja, who admired and loved the President and worked for his re-election campaign.  She was murdered.  By whom?  In the play Maja, excited and joyous says, "Obama, our 44th president.  What a triumph!  I admire him so much.  I love him.  I'm proud of all Americans.  We elected an African-American, showing the world that we are truly democratic."

Wayne Maugans most recently directed THE TROJAN WOMEN at Atlantic Theater Conservatory/NYU.  He has directed the world premieres of UNCLE by Dean Gray and TRAILERVILLE by John Dufresne, both at Blue Heron Theatre, as well as plays at American Place Theater and NADA.  As an actor he has appeared on Broadway in AUGUST: OSAGE COUNTY.

Rob Sedgwick's theater credits include THE DEVIL'S DISCIPLE at Irish Rep, TRUE WEST at Two Rivers Theater and PERFECT CRIME at Snapple Theater.  His TV appearances include "Damages" and "30 Rock" and films include "Die Hard with a Vengeance" and "Morgan Stewart's Coming Home."

Dennis Ostermaier is an actor, writer and filmmaker:  films include "The Jonestown Defense," "House of Satisfaction," and "Let's Play: The Story of the Cuts."  He appeared in Wayne Maugans' production of BLUE NOTES at NADA.

Thomas Poarch appeared Off-Broadway in THE AWESOME 80'S PROM, on Broadway in VICTOR/VICTORIA and TERMS OF DISMEMBERMENT directed by Hinton Battle.  He is the co-author of the country-western musical TAKE THIS SHOW AND SHOVE IT!

Richard Ugino appeared in IF THIS HAT COULD TALK directed by George Faison at the Apollo Theater and on national tour.  He has also appeared on stage in NY in TARTUFFE on Theater Row and MACBETH at Flamboyan.

La MaMa is a remarkable arts institution with a world-wide reputation for producing cutting-edge work in theater, dance, performance art, and music. Founded in 1961 by theater pioneer and legend, Ellen Stewart, La MaMa has produced and presented more than 3,000 theatrical productions to date and is a vital part of the fabric of cultural life in New York City and around the world.

La MaMa provides a supportive home for artists and takes risks on unknown work. Artists such as Sam Shepard, Lanford Wilson, Philip Glass, Robert Wilson, Harvey Fierstein, Blue Man Group, David and Amy Sedaris, -and others whose names you haven't heard of yet - began their careers at La MaMa. International artists introduced to America by La MaMa include Tadeusz Kantor, Andrei Serban, Kazuo Ohno and, more recently, the acclaimed Belarus Free Theatre.La MaMa has been honored with more than 30 OBIE Awards, dozens of Drama Desk and Bessie Awards, and, in 2006, Ellen Stewart was recognized with a special TONY Award for "Excellence in the Theatre."