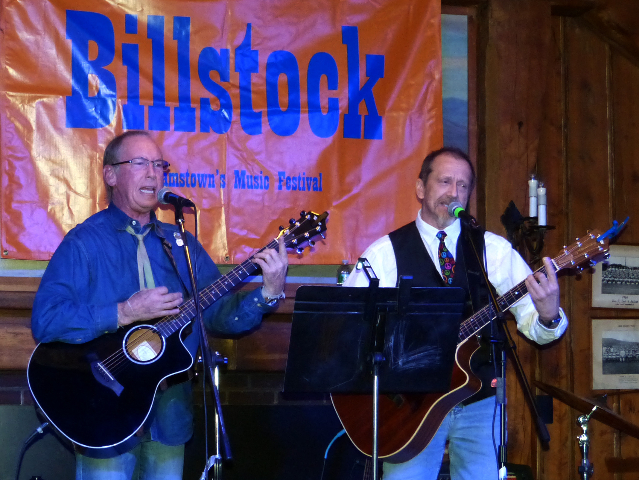 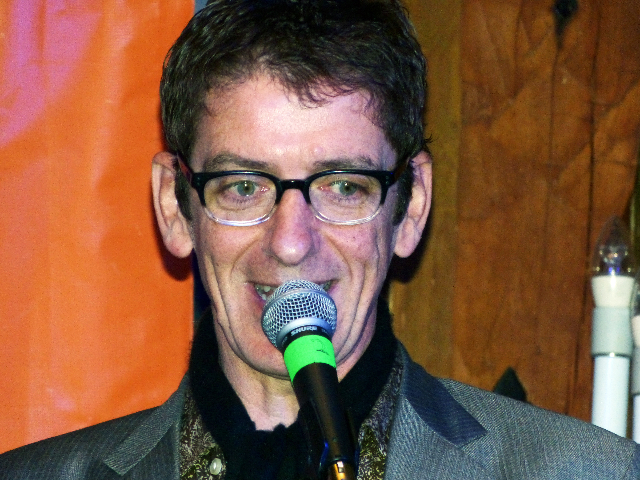 This is the 6th Billstock organized by Michael Williams. 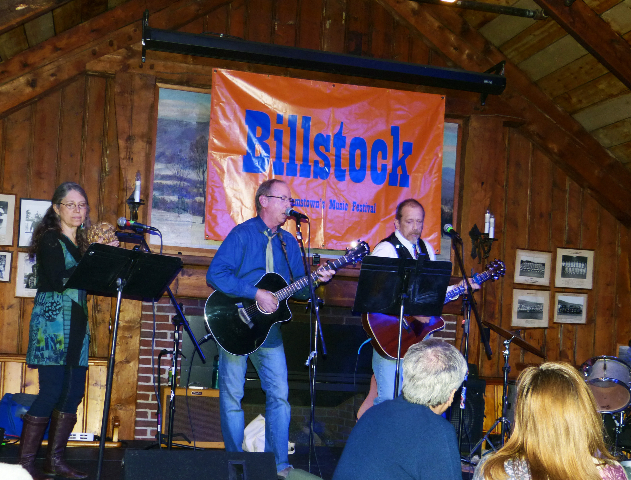 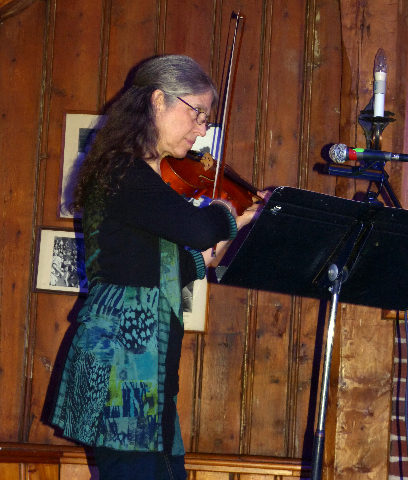 Laurie Rabut on violin and percussion. 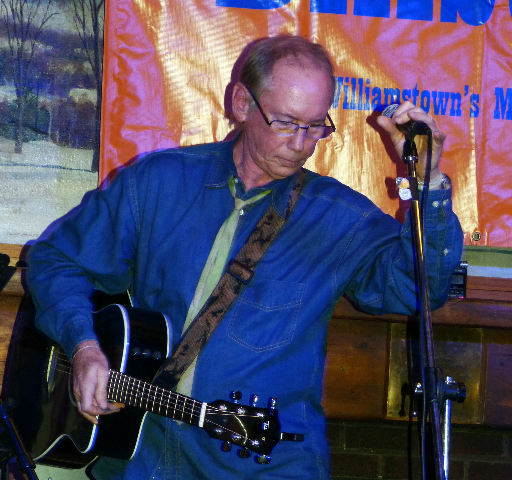 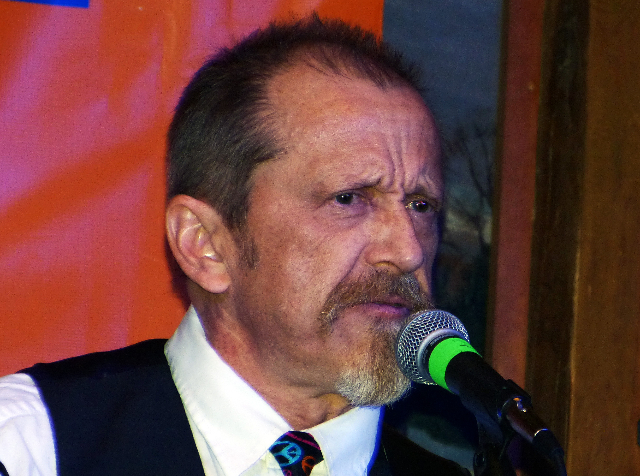 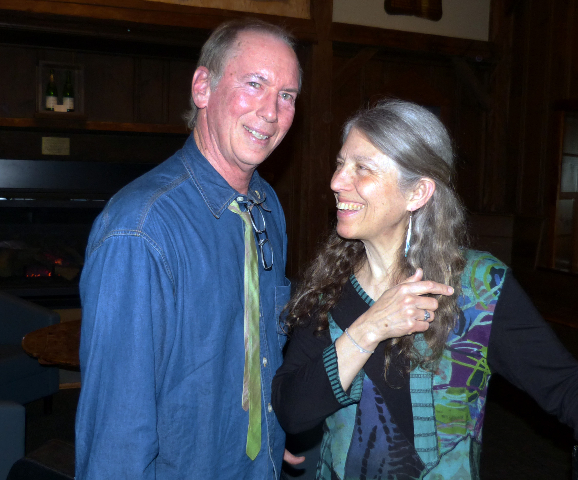 Rick and Laurie relax after their set. 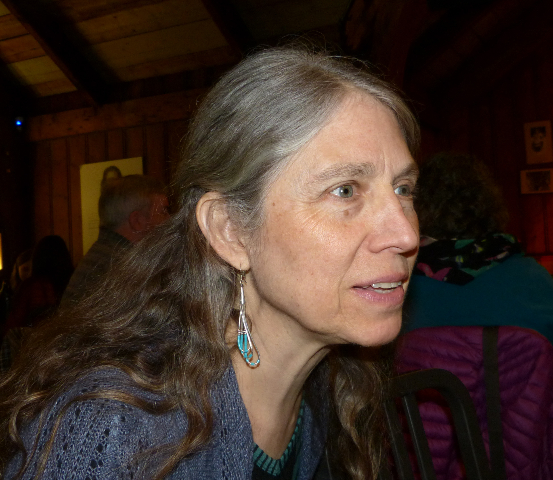 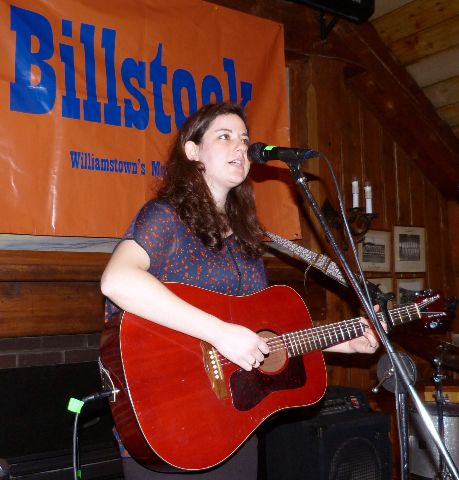 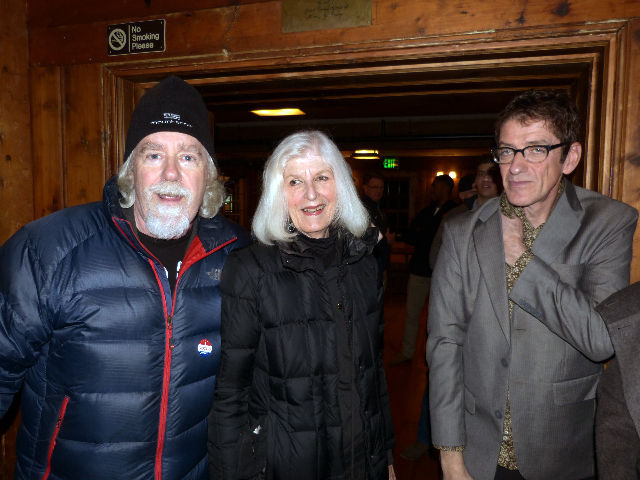 Jeff and Jane arrive at Billstock. 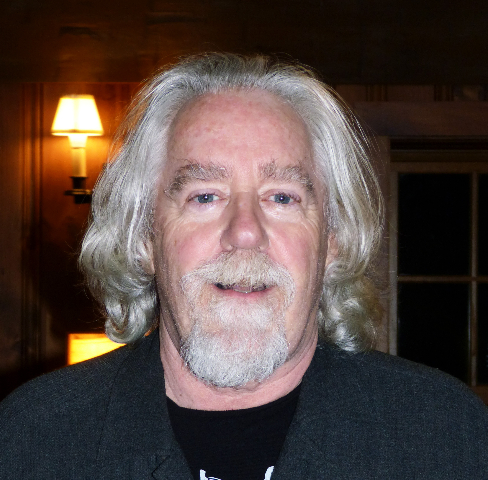 Up close with Jeff. 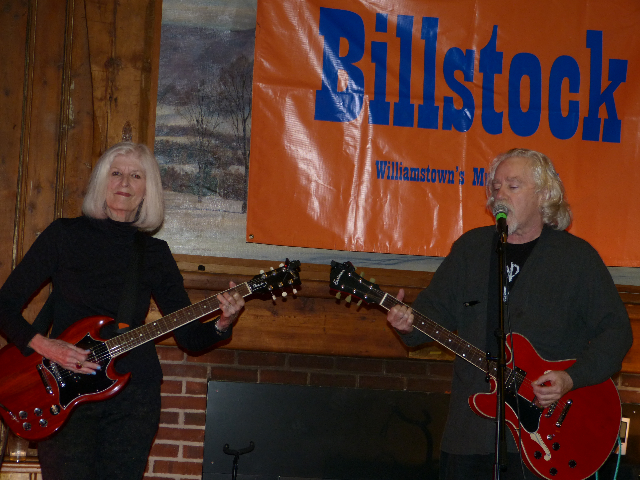 The legendary Jane and Jeff. 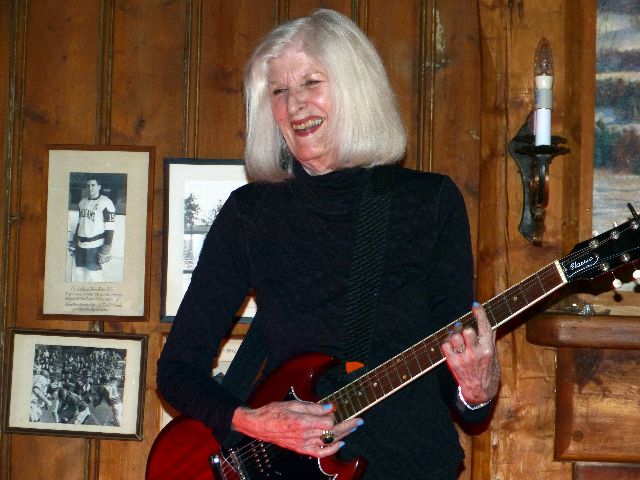 Jane was clearly having a blast at Billstock. 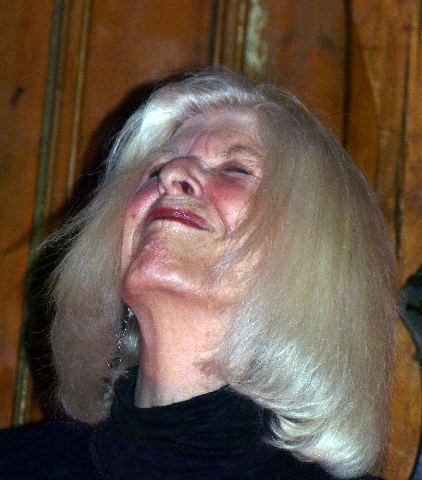 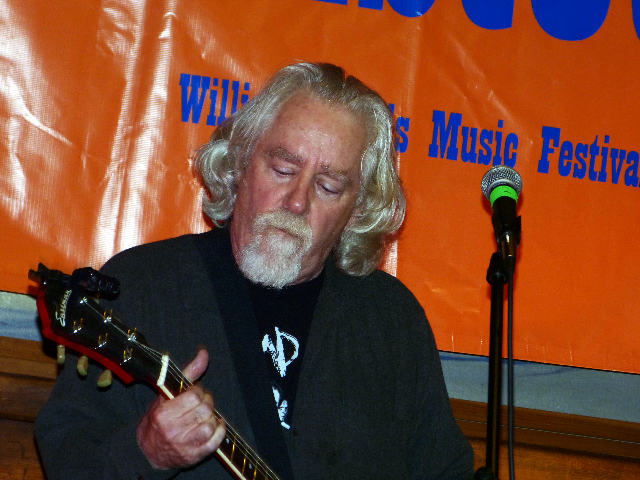 The ever inventive and eccentric Jeff.

On Saturday night, day two of the annual Billstock Festival now in its sixth year, The Log a bar/ restaurant, was packed with Williams students.

It took about twenty minutes to find a table, joined by friends, in time for the opening set at 7 pm which featured Rebel Rebel in a tribute to the late David Bowie.

The official Williams College hangout has been entirely renovated and is nicely spacious with several rooms. There are lots of places to hang and chill including several fireplaces in wood paneled rooms. The Log has a rustic charm and good pub food.

As MC and festival organizer, Mike Williams, commented he realized that the majority of the diners were clueless that there was a musical festival. That was reflected by the relatively sparse,  non undergraduates attending. Unfortunately, Billstock proved to be a well kept secret.

That was reflected by the raucous noise level that accompanied the seven song set of Bowie standards.

Initially, it was difficult to hear the trio of our Eclipse Mill neighbors, Rick Harlow and Roman Jones on guitars, joined by Laurie Rabut on percussion and violin.

As lead vocalist and spokesperson Roman aptly reached out to the audience which joined in with hand clapping and singing along as the set progressed.

Since the recent death of Bowie, and the release of his final album Blackstar, I have talked with Roman  about arguably the finest and most original rock artist of his generation.

For several years Rick hosted a New Year's Eve celebration in his loft with musicians including Roman and Laurie. It was a lot of work to rehearse a full evening of music. That meant doubling up on some tunes.

Which was just fine as I was thrilled to hear Roman's vocals and feeling on Ziggy.

I found myself gasping and chocking back sobs as Roman delivered the lyrics "Ground control to Major Tom." The compelling performance catapulted to the far reaches of the vastness of space where the spirit of Bowie now sends shock waves back to earth.

In a program of several acts they were followed by an acoustic set by the singer/ songwriter Lucy Davis. She is a Williams senior and the kids were more attentive to one of their own.

Frequent changes of a kapo guitar clamp didn't really alter the pace and textures of plaintive love songs. It seems that Davis has been on the wrong end of romances and a couple of tunes had a vengeful tinge.

She explained "I'm not being a bitch" and that day she got permission  to sing about an estranged suitor who done her wrong. Oh well, young love.

The MC outdid himself introducing the legendary Jeff and Jane Hudson. He was historically correct in stating that their band, The Rentals, opened for the Clash during the first gig of their first American tour. It took place in the Harvard Square Movie Theater which rarely presented live performances.

While true you would be amused by the less than flattering review.

Having known Jeff and Jane since the 1960s I have seen and enjoyed them in many guises over the decades. Their last Berkshire gig was a corker at Mass MoCA. Museum director, Joe Thompson, was on his feet dancing with my titubating wife Astrid.

Since closing Hudson's Antiques at MoCA, last fall, Jane has focused on playing guitar and composing.

Their kick-ass set combined old and new material. I was thrilled yet again to hear Gertrude Stein but a very different version than the original chart busting indy single that featured Jane in deeply intoned reiteration of the famed author and poet. Ms. Stein was noted for repetition "A rose is a rose is a rose."

Like Roadrunner by the Modern Lovers her Gertrude Stein is one of the iconic underground songs of its era.

At the beginning of the set Jeff announced that they would be accompanied by a percussion track because "We can't find a drummer in the Berkshires who can keep a beat."

Mike Williams objected to that proclaiming that he was the last, real live drummer who performed with them. It made me think back to the amazing Pseudo Carol who laid down a wicked beat with The Rentals.

It was a switch to see Jane playing a six string, rhythm guitar rather than her usual bass.

She is a well schooled, classically trained musician and I was quite blown away by her licks. She reminded me of all the legendary British rock ladies. On stage, with informed consistency, she exuded charm, a rock steady beat and infectious enthusiasm.

It was clear that Jane was having a ball.

Jeff, well, what can I say, was absolutely Jeff to the max.

On full bodied guitar and rap/ sung vocals he evoked a wide range of styles and inflections. You caught accents of pop, techno, punk, new wave and gut-bucket blues. There were even some B.B. King flourishes with a dash of Electric Lady. For these elements Jeff used a blaster, wah-wah stick milking a down and dirty vibrato.

They were playing before a tough audience. Given the generational divide it was a roomful of kids watching their ersatz parents on stage.

But there's no stopping Jeff who exuded a rasta buzz as they wailed through the always wonderful Los Alamos and finished with a powerful Elephant.

Most of all I was taken with the growth and maturity of their performance. Back in the day it was often raw and primal. Over time it has grown ever richer, nuanced and compelling.

All in all it was quite wonderful to hear the legendary Jane and Jeff. Yet again.

As to the undergrads, well, don't trust anyone under sixty.

Before Billstock, you may recall, there was Woodstock.

But it was nice to get out of house on a Saturday night and enjoy live music by local bands.