The Philadelphia Orchestra at Carnegie Hall 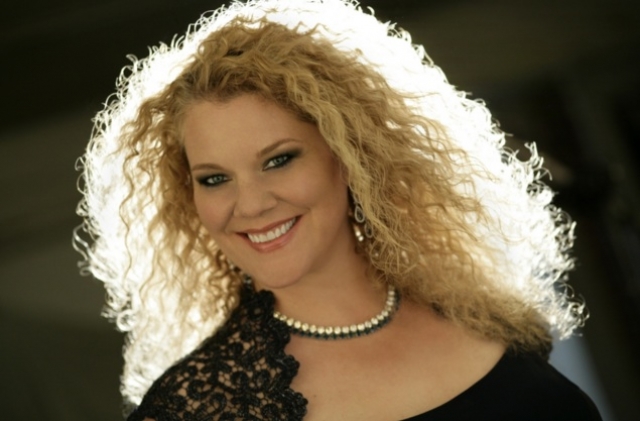 Michelle Young, willing, curious and in glorious voice for Judith in Bluebeard's Castle 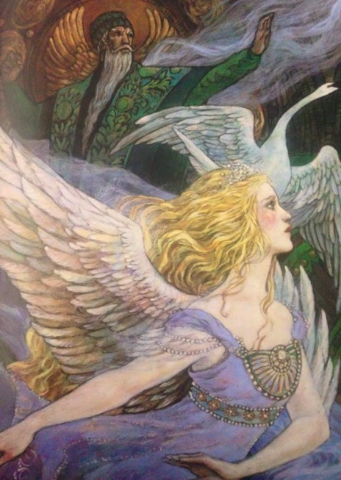 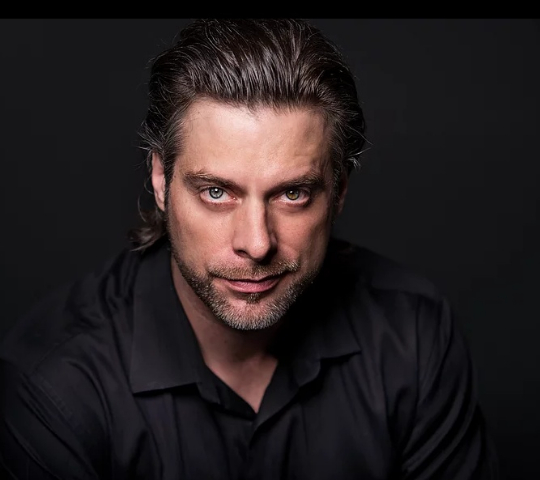 John Relyea in his perfect, smooth bass as he tries to dampen his new wife's curiosity and get a saving kiss.

Are both Swan Lake and Bluebeard stories of the kiss that wakens. and when it’s not delivered, all hell breaks lose? In Béla Bartók’s Bluebeard the Duke again and again tries to get Judith to kiss him. She does not, and her curiosity leads her to a fate that may not have been inevitable had she bestowed the one treasure the Duke could not have. Or was he simply dark from the start?

Bartók likes arcs that begin dark, come centrally into light and then fade back to black. Yannick Nezet-Sequin conducting The Philadelphia Orchestra colored the tones mysterious and ominous at the beginning, and touched radiance as we reached jewels and a beautiful garden.  The moment at the top of the arc when the entire orchestra played as loud as possible was awe-inspiring.  At the end we returning to the dark room where the fate of Bluebeard’s former wives is revealed. Judith will become forever Queen of the Night. Or Duchess.

The orchestra is a character in this opera. It is the castle, and paints the moods, sometimes enveloping the singers and sometimes being overridden by them, famously in Judith’s high C which de Young sings with seeming ease, causing much excitement at the same time.

The singers address the orchestra, which .can seduce inhabitants, and also threaten them. It is a very big orchestra/castle. Two harps, a celeste, four flutes, 3 clarinets, 4 bassoons and so on. Trombones and trumpets play from the rafters in Carnegie Hall.

John Relyea has a magnificent, pure and even bass, which marches forward to a steady beat as he broods over the new wife he has brought to his castle. As he becomes concerned about his wife’s insistence that doors be opened, Relyea stands tall and tight like a dominating force. As he warms to the idea of loving gestures from her, his hands become animated and his face lights up. For one moment, they engage in a duet, as though they might meet each other in feeling, and then it is over. We plunge to the end, the orchestra cacophonous around them.

For Michelle de Young, this is a signature role and even in a concert version, she is electrifying. Her mezzo voice at times blends with the very large orchestra, at times she is entranced by it and she can even seem in control for a moment.

DeYoung has the halo hair of a young innocent and the vocal variety to grow up very quickly through a love for the Duke and luxury to the insistence that she know this man who would kiss her.

The singers were set up by a narrator introducing the story in Hungarian. Never did they fall back into either spoken lines or a feeling of simply repeated words. From 'Judit' said over and over by Reylea, to descriptions of flowers growing from blood and blood-drenched pearls, the lines are song, two characters against an enveloping sound of the world about them.

The sorcerer Von Rothbart in Swan Lake is a clearly wicked man who entraps young women, transforms them to swans and denies them love. Tchaikovsky lightened the story with beautiful dance music. Nezet-Sequin takes the orchestra and the audience on a wild and wonderful ride through musical darkness and into the dark.