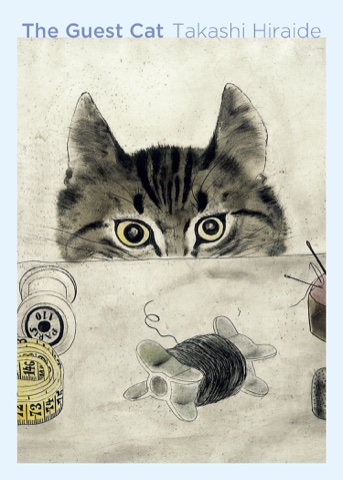 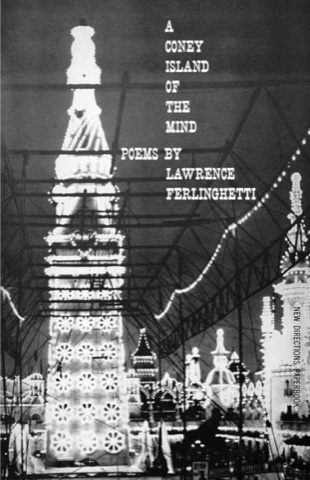 Ferlinghetti's books are more alive than ever. A Coney Island of the Mind: over one million copies in print. 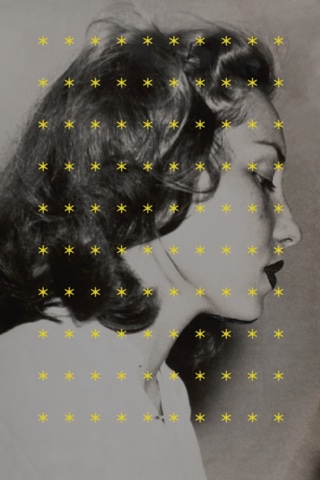 Clarice Lispector's HOUR OF THE STAR, a relaunch best-seller 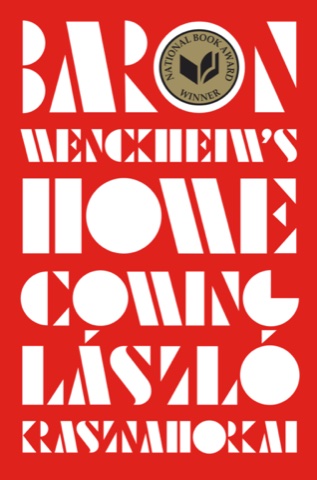 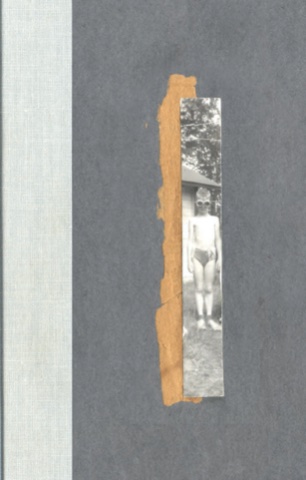 At first glance, NOX appears as a light gray box, the color of a winter sky. 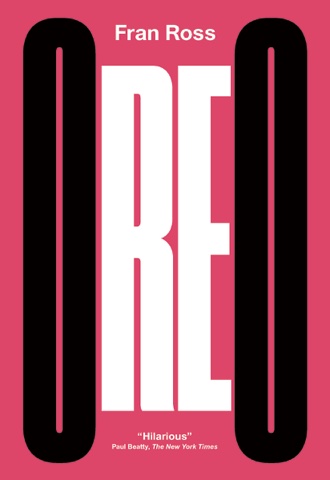 OREO: a great relaunch of the only completed novel by a genius who was also Black and a woman. 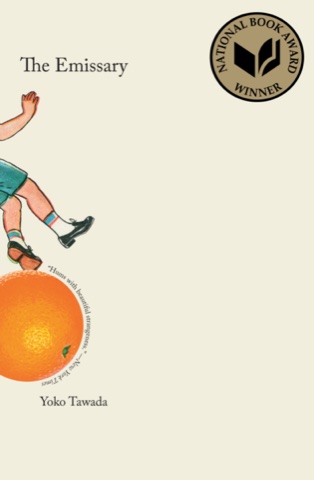 Yoko Tawada’s The Emissary, winner of the National Book Award for translated literature 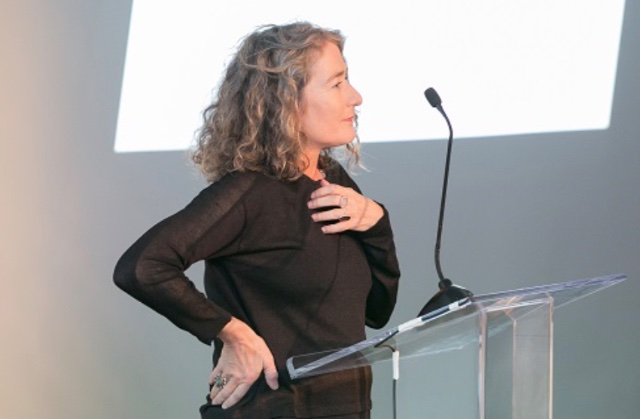 New Directions has been around since 1936, but it took a cat to land them on the New York Times Best Sellers list.

When James Laughlin founded New Directions he wanted the company to be a place where writers could carry out their experiments in print. His initial mission was simple: introduce American readers to international, modernist writers who could not get their work published in the United States--Dylan Thomas, Ezra Pound, Marianne Moore, Henry Miller, Vladimir Nabokov (Laughlin rejected his scandalous blockbuster, Lolita!), and many more. "These writers were really radical,” says publisher Barbara Epler. Today they are part of the canon. Indeed, they are its twentieth-century core.

But if not for Laughlin, American readers might have missed their work completely.

Poet, skier, heir to a Pittsburgh steel fortune, in 1933 James Laughlin was a freshman at Harvard College majoring in Latin and Italian. But his real interest was radical and experimental literature. So he took a year off and  sailed to Paris to booze around with such modernist writers as E.E. Cummings, Jean Cocteau, Elizabeth Bishop, and others. Here was a thrilling, new frontier of groundbreaking, avant-garde, writers. Exactly what he'd been looking for.

He was soon introduced to Gertrude Stein, who invited him to stay a month with her and Alice B. Toklas in their country house. It was the year Stein was to make her famous lecture tour for The Making of Americans. Finding Laughlin “useful,” she put him to work writing her press releases. “Each release that Laughlin wrote, Stein tore up,” says Epler. “He ended up being demoted to chauffeur.” Not satisfied with his new position, he was introduced to Ezra Pound. They hit it off immediately, and Laughlin began studying with Pound in his personal “Ezuversity.” “They both shared the idea that traditional forms of writing were not of great interest, that they’d been taught to death,” explains Epler. They were looking at the non-traditional, “far-out”  writers who were inflaming America’s literary sensibility.

After six months, Laughlin returned to Boston. Pound wrote to him, urging him to do something “useful.” Taking Pound's 'career advice,’ he set up shop in the back of his aunt’s barn, in Norfolk, Connecticut. (He knew he could count on Aunt Leila to pay the printer’s bills.) Pound wrote letters to all his writer friends saying, “If you have a manuscript send it to this worthy man.” And thus New Directions was born.

While initially committed to experimental writing, over time the company began publishing contemporary writers of all genres: Roberto Bolano, W.G. Sebald, Fran Ross author of OREO. “A great revival launch success, and the only completed novel by a genius who was also Black and a woman,” says Epler.

When Barbara Epler joined New Directions, in 1984, as an editorial assistant fresh out of Harvard, she couldn’t pass the typing test. Her duties were answering the phone and running errands. “a total underling, xeroxing, fetching.” Even though Epler never learned to use a typewriter, she survived to become editor-in-chief in 1996, publisher in 2008, and president in 2011. And in those three decades she has skillfully steered the company to new heights, most recently with Yoko Tawada’s The Emissary and Laszlo Krasznahorkai’s Baron Wenkheim’s Homecoming, both of which won the National Book Award for translated literature.

For starters, by reissuing classic gems from their astonishing backlist of more than thirteen hundred active books, rebinding them with new, eye-popping covers and applying masterful marketing savvy.  As a small company, they are fast on their feet when it comes to scoping out and scooping up new authors, (it takes a lot of smarts to out-smart the larger publishing sharks, especially when you cannot offer more than a five-figure advance.) And, Epler is a genius at selecting books that are unique, and that will stand the test of time. Take NOX, by poet, classicist, essayist and translator Anne Carson. Originally published in 2009, it is considered a new classic, and it is head-and-shoulders the most ‘unique’ book in New Directions’ vast archive.

Although not exactly “radical,” Nox is, to some extent, uncategorizable. It is both a physical object and a poem, beautiful inside and out. At first glance, Nox (the word is Latin for “night”) appears as a light gray box, the color of a winter sky, which, in fact, it is. But don’t judge this book by its cover. Pick it up. Open it. Folding and unfolding, accordion-style, are multiple panels of pictures and words, fragments of poems, photographs, scribbles, and paintings. In its bulk (193 pages when fully extended,) is a handmade assemblage of memories and artifacts, a powerful elegy for a brother Carson never really knew. And, no surprise, it continues to be one of New Directions best-sellers, with sales of more than 30,000 copies.

But, the book that takes the optic prize for its seductively redesigned cover is Takashi Hiraide’s The Guest Cat, translated for New Directions by poet Eric Selland.  The book was a best-seller in France and the recipient of Japan’s prestigious Kyama Shohei literary award.

Not an easy book, it’s a strange, little novel, a layered novel-within-a-novel. A neighbor’s cat one day wanders into the house, and lives, of a jaded thirty-something couple. Aloof and temperamental as cats can be, his presence gradually draws them away from their desk and into the garden. Soon they are buying treats for the cat and enjoying talks about the animal and all its little ways. Life suddenly seems to have more promise. “The novel brims with new small joys and moments of staggering poetic beauty, then something happens.”

“We put a beautiful pussycat on the cover,” says Epler, “a gorgeous kitty head designed by Tsuguharu Foujita,” (one of the most famous, and flamboyant, Japanese modernist artists of the twentieth century.) The book wound up with a rave review on NPR’s book blog, which gets thirty or forty thousand visitors a day. “Then,” says Epler, “probably because it’s such eye-candy,” it progressed to the main NPR website, which gets a million visitors a day.

People must have thought: "Ooh, look at the kitty cat!” From there it was a straight shot to the New York Times Best Sellers list. “Our first book to hit that august list since Paul Bowles’s The Sheltering Sky.”

The Guest Cat, New Directions’ first Times best-seller in sixty years! Once you’ve seen the cover, you’ll have to read the book. Even dog lovers love it!

For a special treat, listen to an excerpt here  This is an exclusive for Berkshire Fine Arts readers.