Handel's Semele at the Brooklyn Academy of Music 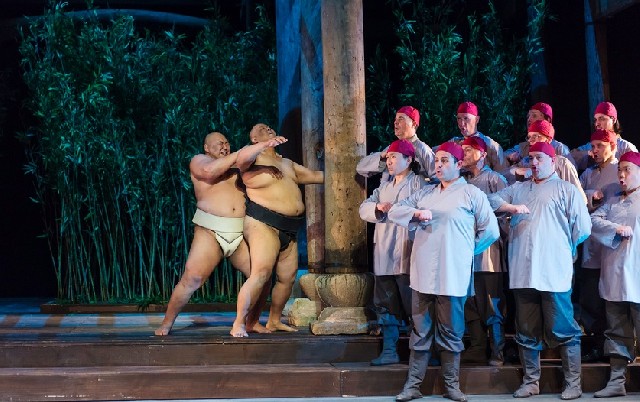 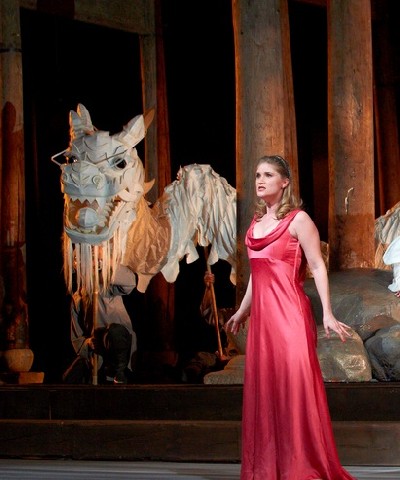 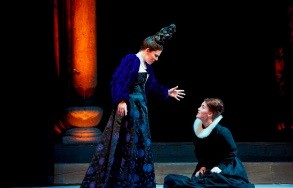 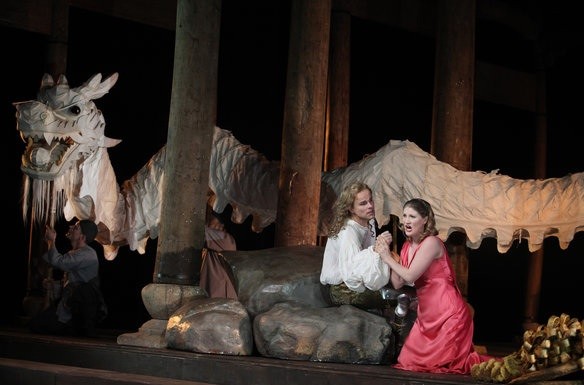 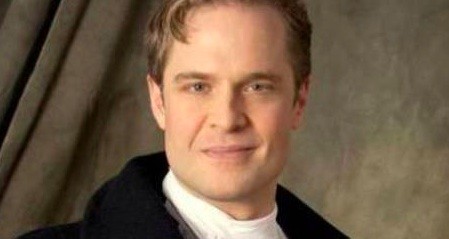 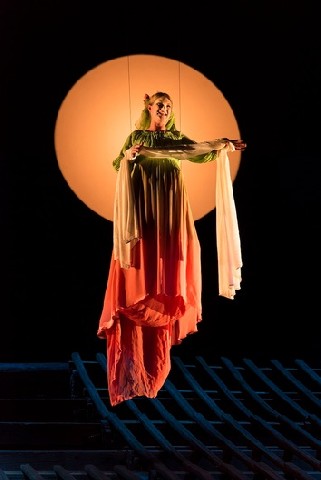 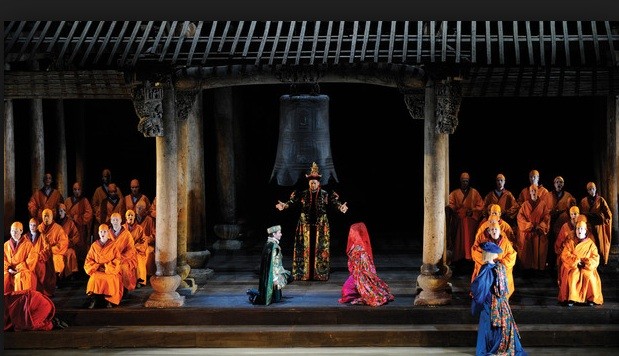 Handel's Semele is perfectly beautiful.  When Handel wrote the Oratorio,  he needed money and composed a piece suitable for the Easter season which was coming up soon.  The work immediately sank into oblivion. That was almost three centuries ago.

But no one has seen a production of the Oratorio-turned-opera quite like the Canadian Opera's production at the Brooklyn Academy of Music. It originated at La Monnaie in Brussels in 2009. In this adaptation of Semele's migration to the world of Jupiter, the yin and the guo, or cause and effect are emphasized. Semele's actions determine her fate. If we missed her flaming end in other productions,  production elements brought to the story by Zhang more than make up for fire.  Among them are Somnus' habitation of the temple roof with a grand doll leaning precariously forward, perhaps Semele herself in her out-sized ambition to become immortal.  A donkey was kinky and also charming. A dragon guards and ultimately engulfs Semele. Sumo wrestlers punctuate an act's conclusion.  Images not immediately interpretable still amuse and befuddle comfortably.

The set is a 450-year -old family temple whose own history parallels that of the mythical Gods. The overture is accompanied by films of the stories of the its inhabitants.  Like Xu Bing's Phoenix, which hovered for a while at MassMOCA and then hung in the Cathedral of St. John the Divine in New York (from which it's now exiting to hibernate in an undisclosed location), Zhang has made the opera timeless.  It inhabits a temple where people lived and loved for centuries.  Now it is on stage for an ageless audience's stories to soar.

Many dramatic elements jump out.  A beautiful Chinese singer walks down the aisle singing a traditional Chinese song. Mythical past, temple past and present are mixed.

Suddenly, after a wicked but charming Juno has devised her scheme to ruin Semele, the curtain lifts and the audience and Howard Gilman Opera House are reflected in a stage mirror.  We are as much a part of the proceedings as the singers. And they are superb. Young Jane Archibold has a lovely Handel voice. As she warmed, her decorations were stunning. Who could ask for anything more?

But more there was. Lawrence Zazzo is a countertenor better known in Europe than the US. He has a pure, but also forceful tone and exudes manliness. When Semele rejects him as all to human, everyone on stage is ready to take him up. Unfortunately, after one stunning aria in the first act, he is dropped as a character.

Because the Handel is so smooth, and so much of a piece, the Chinese elements might have been better integrated into the production to create a similar effect. In general the audience went along with some strange but intriguing activity. Perhaps the integration of such foreign material is always jarring.

It was an production of pure musical delight. The orchestra conducted by Christpher Moulds was perky and supportive of the singers. It was a thoroughly pleasurable evening of opera in an intimate setting. Yet it appeared grand.