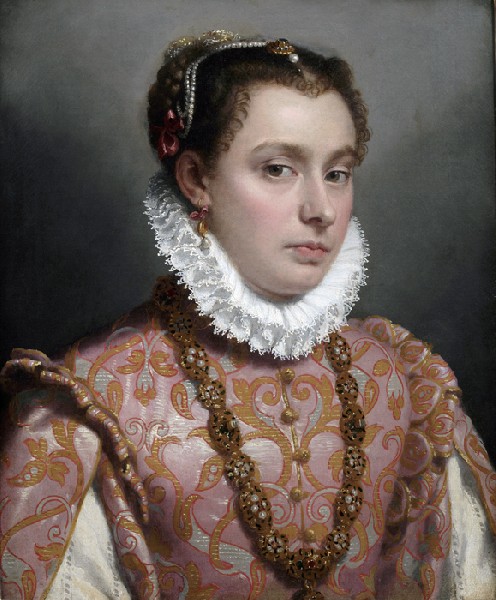 Giovanni Battista Moroni (Italian, c. 1525â€“1578), Portrait of a Young Woman, c. 1564â€“70 on many levels proves to be Best in Show. Private Collection all images courtesy of the Clark Art Institute. 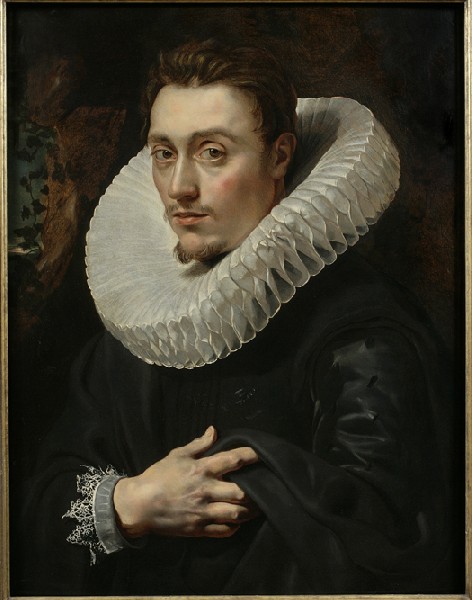 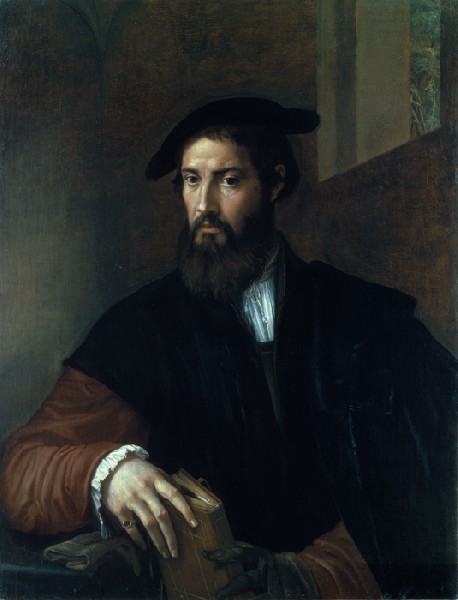 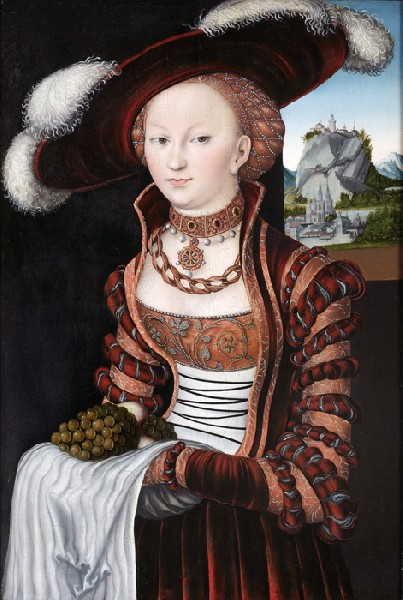 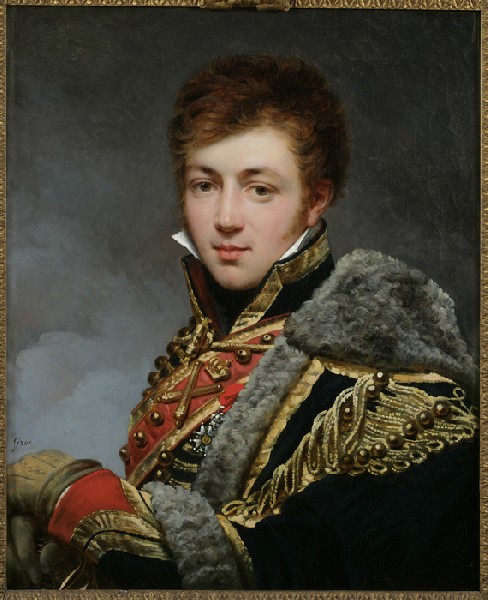 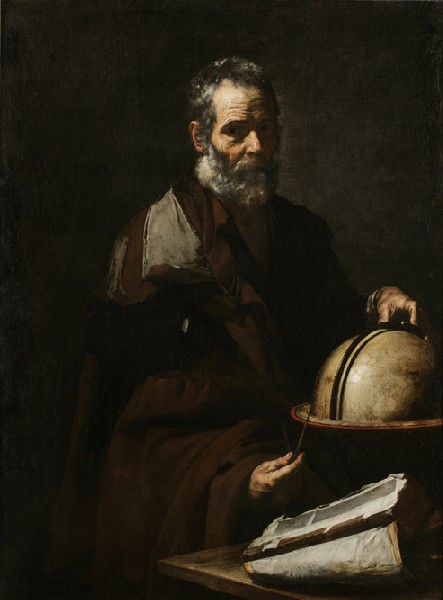 It takes seven league boots to keep in stride with the Sterling and Francine Clark Art Institute in Williamstown, Mass.

Currently 73 master works of French Impressionism and European paintings from the Clark are on a world tour. The exhibition is currently on view at Palazzo Reale, in Milan, through June 19. From there it moves to Giverny, France where Claude Monet lived and worked. After a number of stops the tour will continue to Japan and China winding down in 2014.

During phases of expansion and renovation it is usual for museums to circulate works that would otherwise languish in storage. By sending its works on tour this creates the quid pro quo that results in securing major loans for future special exhibitions.

In October 2010 Picasso davant Degas, which broke attendance records that summer at the Clark, opened at the Museu Picasso in Barcelona. During the same time period the Clark worked with the Museo Nacional del Prado in Madrid to present Pasion por Renoir: la colleccion del Sterling and Francine Clark Art Institute.

With so many works on loan that presents challenges and opportunities for curators.

In a wide corridor at the Clark, where one normally finds works from the permanent collection, is a stunning special exhibition Eye to Eye European Paintings 1450-1850 from the collection of Aso O. Tavitian. He was born in Bulgaria and studied at Haigazian College in Beirut and Columbia University. Until April 2008, he was the CEO of Syncsort, a privately-held technology company he co-founded in 1969 that specializes in the development, marketing, and service of generalized infrastructure software products. He started to collect within this narrow spectrum of Old Masters during the past several years. With considerable resources the Clark Trustee and New York/  Stockbridge resident has made impressive acquisitions.

Major works by Old Masters are rare and costly. Only a handful of private collectors have the assets to pursue such works. It is not surprising in this exhibition to encounter superb works by unattributed, or lesser known artists, and comparatively minor works by major masters. Museums never discuss evaluations but it would be fascinating to tour the exhibition with a check list that noted what was paid for the works.

To assemble such a collection one assumes that there were expert advisors. In such a rarified field there would be a network of scholar/ consultants, public and private dealers scouring for works worthy of a great collection. Reading between the lines of the catalogue entries one senses, through scholarly prose about subjects and attributions, the intoxicating energy of the pursuit of treasures.

There is a great difference in the value and demand for works from the hand of a master and those attributed to a follower. Consider this passage in the catalogue essay by David Ekserdjian “Unquestionably, this collection’s biggest puzzle of all is the ravishing ‘Head and Shoulders of a Woman’ (Cat. 10). It was catalogued under the designation ‘follower of Raphael’ when it was sold at auction and insiders will all be aware that such loose categorizations are frequently a coded way of saying: ‘We don’t really know quite what this is,’ which is an intellectually respectable position…”

A known work by Raphael in the art market would be priceless.

In 1970, on the occasion of the 100th anniversary of the Museum of Fine Arts, its director, Perry T. Rathbone, unveiled a small Portrait of Eleonora Gonzaga, 1505 by Raphael. When it was later revealed that the painting had been smuggled from Italy the museum was forced to return it. Rathbone resigned not long after. Renaissance expert Creighton Gilbert told me that it was extensively repainted and probably wasn’t by Raphael.

There are always risks involved when collecting Old Masters.  Even very famous works like Rembrandt’s “The Polish Rider” in the Frick can be devalued by scholars as “school of.” Once the experts have ruled scholars will say “I always felt there was something wrong with the horse.” It was something we debated during a graduate seminar on Rembrandt well before the painting was officially demoted.

In the history of art the portrait has a complex status. It is generally regarded as a minor category. There is the issue of patronage. The artist is regarded as the hired hand paid to depict the likeness of aristocrats and the wealthy. Now and then there is a special relationship between the artist and the sitter. There are no portraits as such in Classical Greek art. In Roman art brutal, realistic portraits were the norm. Michelangelo famously created idealized “portraits” of the Dukes Lorenzo and Giuliano in the Medici Chapel in Florence. Gertrude Stein liked Picasso’s portrait but complained that it didn’t look like her. He responded that she would grow to resemble it.

There are indeed some wonderful works in the Tavitian collection which remains on view through March 27. Finding them, of course, takes a measure of taste, knowledge and sophistication.

For me, the knockout picture was “Portrait of a Young Man Holding a Lira da braccio.” Unfortunately, it was not included in the images provided by the museum. The young man with a hauntingly pale and delicate face leans out of a window frame. He embraces the elaborate instrument in one hand while holding the bow, like an arrow, poised over his heart. There is a lemon on the wide sill of the window. The pose of the picture dated 1510-1520 recalls Giorgione and early Titian. The entry suggests Piero di Cosimo or “affinities with early works of Beccafumi.” There is a melancholy that evokes the later Pre Raphaelites. And what of the lemon? Has, as the entry suggests, love soured? This is such a rare, strange and evocative portrait.

The small “Portrait of a Man in a Black Cap” by Hans Memling is a gem. We have to come close and look long and hard to absorb all of its Flemish detail. We are informed that it is an attribution to the master which has been “universally accepted.”

Somewhat out of sync with the mostly French and Italian works in the collection is “Portrait of a Young Woman Holding Grapes and Apples’ by the German Renaissance painter Lucas Cranach the Elder. All of the sloe eyed, pale women in his oeuvre tend to look alike. They are idealized but with a frosty and unsensual demeanor. The Northern European woman is more ice than fire. So the painting has an aloof, autocratic appeal which is too generic to resonate as a portrait.

In terms of beauty of execution the most exquisite painting in the collection is “Portrait of a Young Woman” by Giovanni Battista Moroni. He was an artist who specialized in portraits and in that sense is regarded as a minor master. The combination of likeness, pose, attitude and detailed accessories is truly compelling. How sublime.

Alonso Sanchez Coello is an artist I am unfamiliar with but the portrait of Elizabeth de Valois represents a mélange of diverse sources and influences. There is a sense of Spanish austerity, Flemish detail, and hints of Venetian color. She was a French princess, the daughter of Henry II of France and Catherine de’ Medici. In 1599 she married Philip II of Spain.

There is a true confluence of excellence in Portrait of a Young Man by Peter Paul Rubens. The identity of the sitter is lost but this is a first rate painting by an enormously prolific master. That ruffled collar alone must be worth millions.

"The Portrait of Margaret Lemon" by Anthony van Dyck comes with an interesting story line. She was apparently a tempestuous courtesan and gifted musician. At the time of the painting (c. 1638) she was the mistress of the Flemish master then residing in the court of his patron Charles I. In a juicy bit of gossip she apparently attempted to bite off his thumb when the King insisted that he wed Mary Ruthven a lady-in-waiting to the queen. She gazes out at us with a haughty and riveting expression.

Gian Lorenzo Bernini is mostly familiar to us as a sculptor and architect. He was also a painter, musician and composer. Other than wall paintings executed after his designs by assistants I can’t recall seeing a painting from the brush of Bernini. So the picture alleged to be "Portrait of the Artist’s Brother, Domenico Bernini (?)" and attributed to Bernini evokes very special interest. Of course that’s a lot of ifs with considerable scholarship involved in assigning it to one of the greatest masters. Truth be told it’s not a great painting. The entry implies that it was dashed off on a sheet of paper in the master’s compulsive manner. He is reported to have created a large number of these informal sketches which survived in his estate.

There are interesting examples of 19th century French painting. Surely Jacques Louis David was among the greatest masters who painted riveting and iconic portraits. Recall "The Death of Marat." But the rather stiff pair, a pendant of husband and wife were painted toward the end of his life in Brussels. There is nothing particularly engaging about them.

By contrast "The portrait of Count Honore de La Riboisiere" by Antoine-Jean Baron Gros, a follower of David, and officer under Napoleon, is just terrific. The 27-year-old officer is so compellingly dashing, handsome and French. It is little wonder that a collector would covet such a picture.

As noted in the catalogue a number of the works are being reproduced and published for the first time. This will be of great interest to scholars. It also confirms the importance and stature of the collection particularly when associated with a major institution such as the Clark. Projects such as these greately enhance the critical mass of collections. The whole tends to be greater than the sum of its parts. It forms a relationship with a collector who is also a trustee. Often these ventures result in acquisitions for museums. It is of great benefit for the public to have rare opportunities to view major works in private collections.

This exhibition was so compelling that I visited twice. Once for fun and another time for critical scrutiny. If schedule permits I would love to take another look.