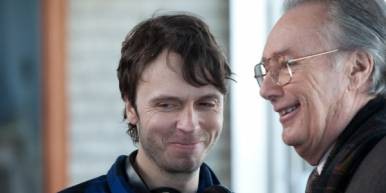 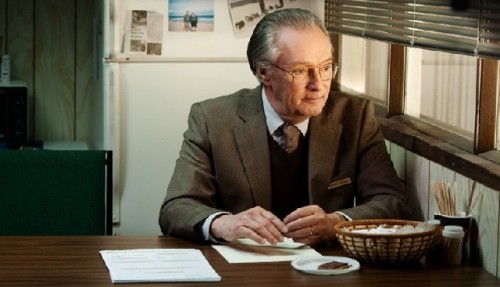 Gilbert Sicotte as Marcel Levesque in The Salesman 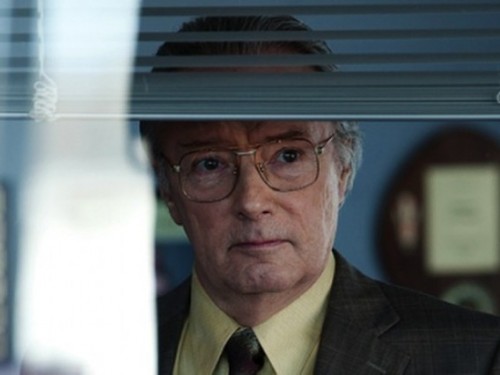 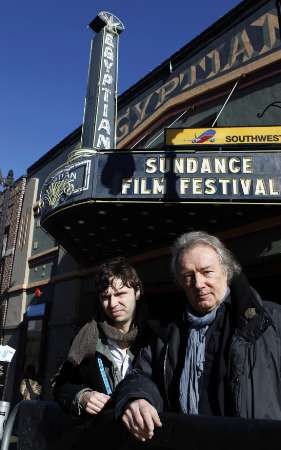 The Salesman’s Director and Lead Actor at Sundance Film Festival. 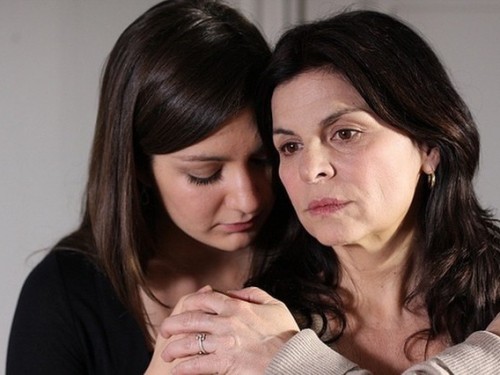 Mourning for Anna (Trois temps aprÃ¨s la mort dâ€™Anna) by Catherine Martin (2010, 87 min.). Unable to cope with her daughterâ€™s brutal murder, FranÃ§oise shuts herself off from the outside world. 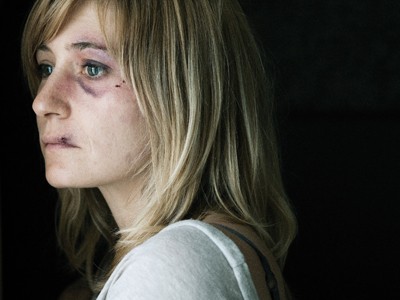 Twice a Woman follows Catherine as she makes the near-impossible decision to leave her violent husband, taking their sensitive teenage son and fleeing to northern Quebec. 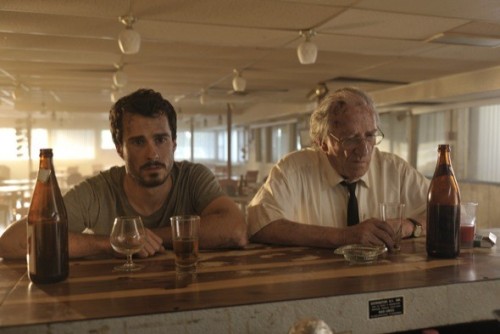 Though the film was supposed to be premiered at the Boston Museum of Fine Arts in 35mm last Friday night, due to technical problems at the MFA the showing was cancelled. Using French Canadian and American ingenuity, the film was shown at the French Cultural Centre in Boston's Back Bay in a video projection format.

During the Q&A following the screening of The Salesman, the writer/director Sébastien Pilote answered the question "Why make this film?" by telling a family story. He said that as a boy he would accompany his father to buy cars. He was always impressed how his father was friends with so many of the salesman. A couple of years ago, when he went to buy a new car for the first time by himself, though he was a complete stranger, he was impressed how many of the car salesman considered him a good friend as well.

He later explained that the salesman character was similar to the priest character in the film: they both had vocations that needed no explanation, no real discussion. They both befriended everyone. Their work was just so and did not need ever to be altered. Perhaps a bit of refinement here and there, but no real dramatic change. These two vocations were whole in themselves. In both, ritual has become routine and routine has become ritual.

According to the Mr. Pilote before the screening, the film was a chronicle not a true drama. Purposely slow and visually compelling, the film was set in a small far north Quebec town that was losing its major economic engine, a paper mill. The naturalness of the actors and their performances underscored an almost documentary or cinema verite approach to the film. As one of the audience members thoughtfully observed, the snowy setting with its daily cleaning the snow off of the cars in the car lot was itself a strong character in the film.

The salesman, Marcel Lévesque, is the perennial car salesman of the month at the car dealership. Played with great restraint and dignity by well known French Canadian actor Gilbert Sicotte, he takes great pride in his art of persuasion. Selling is his calling and obsession. With no close friends or wife, his only human diversion is his beloved beautiful daughter and young grandson. The film is set in the far northern deteriorating working-class town of Lac Saint-Jean, Québec. Here the impending paper plant closure is poisoning the economy. This makes selling car seem somehow inappropriate and even wrong. Men are laid off temporarily from the plant with the expectation of permanent firings. As more men lose their jobs, the car dealership is adversely affected. Marcel’s life is also tragically touched. Sadly, his routine makes it difficult for him to come to terms with the consequences of his obsession.

This is an extraordinarily assured first feature by a young director, Sébastien Pilote, who previously has only directed short pieces. The Salesman is an elegantly restrained film full of silent moments often of ambivalent but provocative visual narration. It is an emotionally bewildering story that does not have a happy ending. However, it subtly states that life goes on no matter what happens. It is a film to be pondered long after it is watched.

The Quebec Film Festival is an annual series at the Boston Museum of Fine Arts. It celebrates Films from Quebec artists that are highly original and cutting edge. Québec cinema is gaining increasing creative recognition on the international scene. Filmmakers Frédéric Back and Denys Arcand have notably won Oscars. This year, Quebec films have won awards in Namur, Venice and Locarno. Denis Villeneuve’s “Incendies” was the only Canadian entry in the Best Foreign Language Film category of the Oscar Awards. Combined with Xavier Dolan’s ever growing popularity in France and elsewhere and the inclusion of The Salesman in the recent Sundance Film Festival, there is ample proof that the Quebec film industry is taking its serious place in world cinema.

Other films at the Quebec Film Festival include:

All Films are  in original French version with English subtitles