$15 Million for the Clark Art Institute 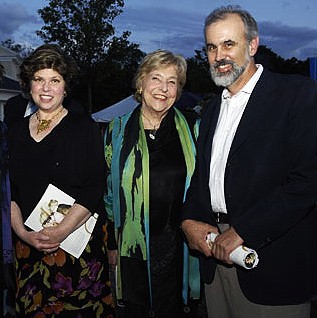 The Clark Art Institute announces a major gift  of $15 million from Felda and Dena Hardymon that is one of the largest donations in the Clark’s history. The Hardymons, residents of Berkshire County and Cambridge, Massachusetts, have watched the Clark’s evolution over the last two decades. While the gift was made to support the Clark’s campus expansion program and ongoing activities, the Institute’s Board of Trustees recently voted to name the director’s position in recognition of their generosity. The newly established Felda and Dena Hardymon Director position is held by Michael Conforti.

“It has been a joy to watch the growth of the Institute over the last twenty-plus years,” said Dena Hardymon. “Felda and I are excited by what the staff, the Board of Trustees, and the Clark’s many supporters have accomplished. Most compelling to us is the potential the recent campus expansion has created, which we know will support the Clark’s expanding programs and reinforce its place as a twenty-first-century institution of global stature.”

Following a recent Board of Trustees meeting, Board Chair O. Andreas Halvorsen noted that “Felda and Dena Hardymon’s vision and generous gift will have an important impact on the Clark’s future.  We chose to honor them by naming the directorship in recognition of their emphasis on leadership and its importance in securing the Institute’s success. We are deeply grateful that they have chosen to make such a lasting contribution to the Clark.”

Dena Hardymon, who joined the Clark’s Board of Trustees as an honorary trustee in 2013, said, “We’re delighted that the Trustees have recognized our deep interest in the importance of leadership at the Clark. As wonderful as the new and renovated buildings are, in the end the Clark’s international standing is based on the strength of its staff, who work with the Institute’s extraordinary art and library collections to advance its exhibition and educational outreach programs as well as its important scholarly activities. We’re proud to know that our gift will be perpetually affiliated with those responsible for ensuring that the Clark remains one of the most important arts institutions in the country.”