The Abstract Photography of Carl Chiarenza 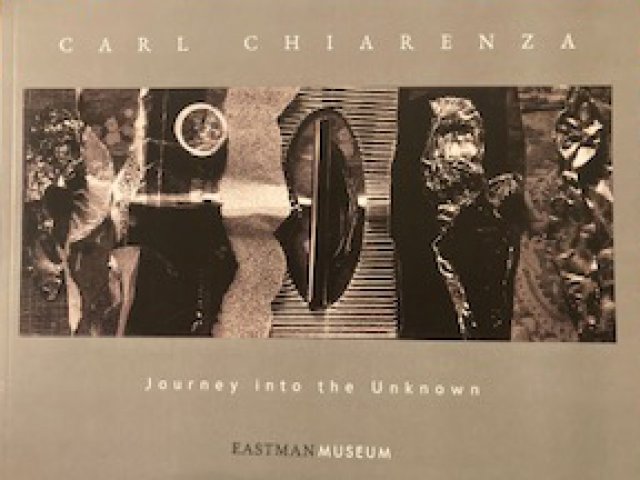 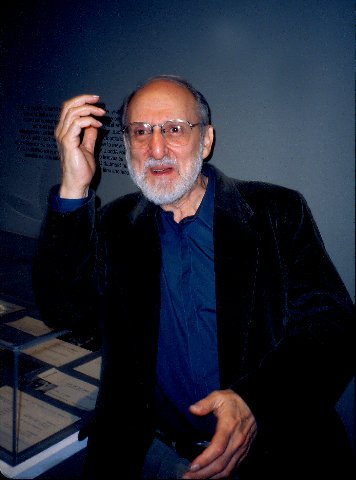 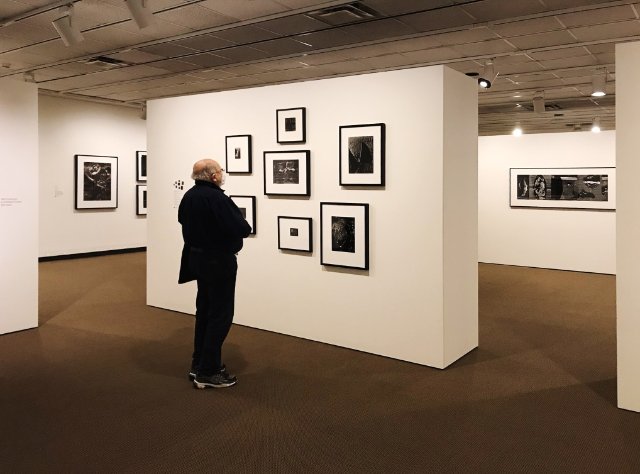 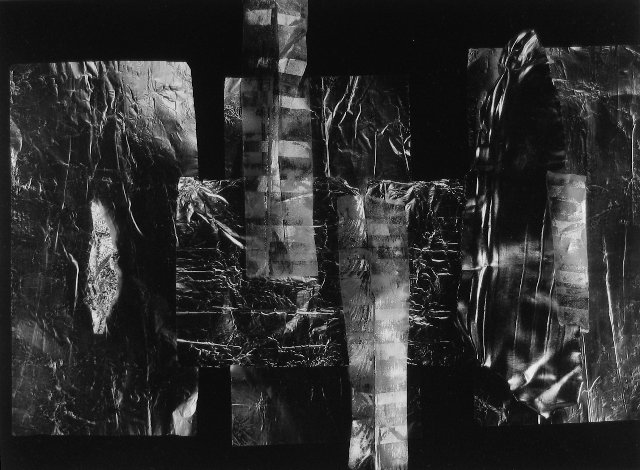 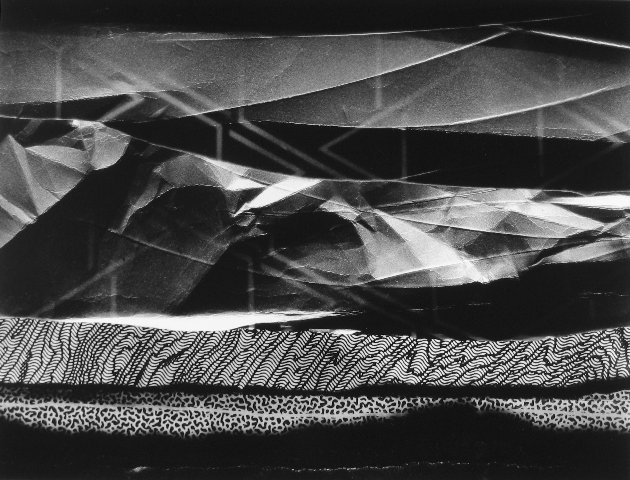 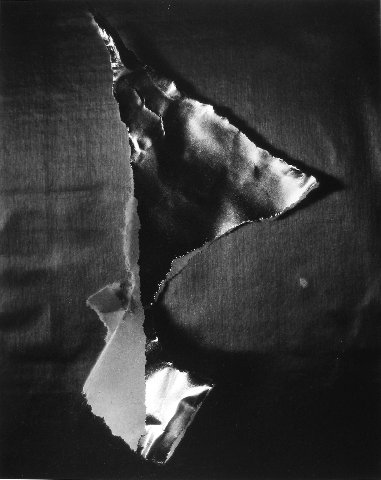 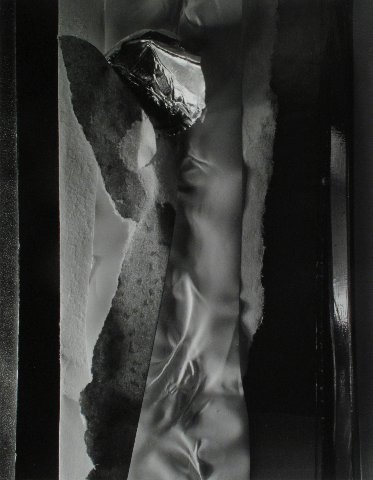 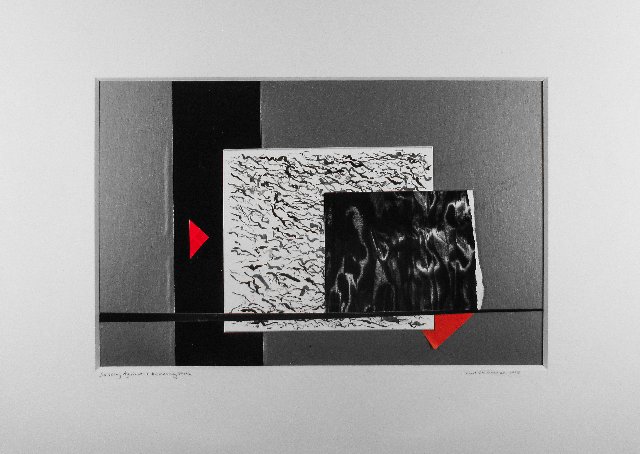 Dancing Against and Dancing With, 2015 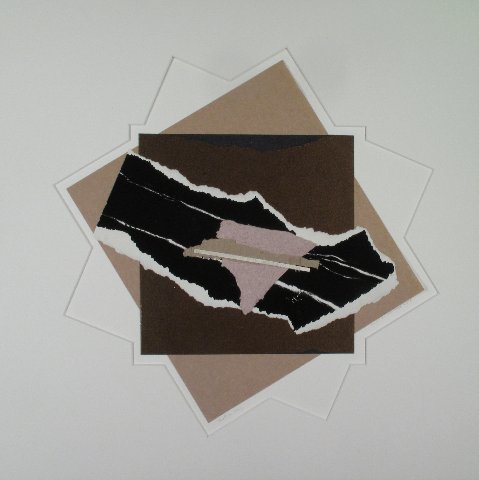 Career Retrospective: Journey into the Unknown
Carl Chiarenza at the George Eastman Museum

The primary function of a camera is to “take” an image seen through a lens. It is used to create a photograph of something. The other approach is to use the camera to record an image  created by the artist that does not naturally occur in nature. In the latter sense, Carl Chiarenza morphed from taking photographs to “making them.”

The transformation occurred in 1979. He was among a number of artists who were invited by the Cambridge, Mass. Polaroid company to experiment with their 20 x 14-inch studio camera. There were challenges entailed in working indoors and he was initially disappointed with the resultant work.

For a time he worked at Polaroid as well as at home with a 4x5-inch camera. He started to photograph collages created with studio detritus- tin foil, used envelopes, wrapping paper and the packaging for Polaroid film.

Once the negatives were developed that entailed the mastery of darkroom process. His silver gelatin prints are renowned for their exquisite command of the blackest blacks, luscious mid tones, and crisp white. That is achieved by the precise lighting of the collages. It is up to the creator and viewer to elicit the full range of potentiality.

The resultant image challenges conventional notions of photography. Looking at the non objective work there is nothing familiar to recognize and relate to. The images are daunting because primarily they are not about anything. They are about what they are-nothing more or less.

That’s the norm for encountering abstract work in other media like painting, printmaking and sculpture. Since the post war movement of abstract expressionism the general public has come to accept and appreciate abstract art. Arguably, that process has been less intuitive in comprehending abstraction in photography.

This is not to say that Chiarenza is unique. From the beginning of the medium there have been experiments to reach beyond mimesis. This approach was part of the Dada, Bauhaus and Constructivist movements. There were photographers who used the camera to record abstraction in nature.

In 1973, Chiarenza wrote a Ph.D, dissertation for Harvard University on Aaron Siskind. It was unique at the time as it was based on a then living artist. It took some persuading to get approval for the topic. The academic study was later the basis of his 1982 monograph Pleasures and Treasures.

One feels a lot of Siskind in the manner by which the mature work of Chiarenza developed. It is common for the experiments of artists to pass from generation to generation. The young Picasso and Braque viewed the late work of Cezanne which factored into the development of Cubism.

In 1983 Chiarenza adapted the word noumena to signify the work. In the philosophy of Immanuel Kant it contrasts with the term phenomena which is related to worldly experiences. Noumena entails intellectual intuition.

In 1935 Chiarenza was born in Rochester, New York. The Eastman Kodak company was founded there in 1888. It was the primary employer and thrived until the advent of digital photography phased out its dominance of the market. The George Eastman Museum, which has produced Chiarenza’s exhibition, was founded in 1949. He studied photography at Rochester Institute of Technology graduating with a BFA in 1957. In 1959 he earned a master of science degree from Boston University.

As he recalls "I was drafted in 1959 immediately after getting my MA in Journalism. After two years of serving and due to be discharged, Kennedy froze all discharges because of the Berlin Crisis! After several weeks of trying to find a way out, an officer told me I would get the discharge if I were accepted into a graduate school. To make a long agonizing story a brief summary, I got a grant to begin graduate work in art history in THE SECOND SEMESTER. Impossible! That is how my art history began. I had originally planned to just do one semester to avoid more time in the army..."

From 1963 to 1986 he taught and chaired the art history program at Boston University. From there he joined the University of Rochester from which he is now retired.

That the Eastman Museum hosts the retrospective has many layers of significance. It present the gamut of a lifetime of work. That alone is an accomplishment but uniquely Chiarenza has been involved in all aspects of photography as a scholar, writer, critic, teacher and mentor. It is that total engagement that informs the work itself.

Considering decades of work there is consistency and integrity but also the dynamic of constant evolution and experimentation. Most recently, for example, the collages have come to exist in their own terms. After decades of black and white photographs, it is energizing to see elements of color. Also works have branched out from rectangular formats. There are interesting shapes and new spatial configurations.

In early works like “Sulfite Peninsula,” 1962, and “Yosemite 2” 1974 the influence of Siskind is evident. The crystallizing of chemicals in a darkroom tray, as a print, suggests a bird’s eye view of exotic topography. In the latter image an outdoor photograph captures dark and brooding forms.

After that, as Jackson Pollock said to Hans Hofmann “I am nature.”

In a Taoist sense an omniverse informs the wizardry of collage, chemistry and darkroom technique that resulted in a remarkably accomplished oeuvre.

The works invite close inspection. It takes time and patience especially with more complex images that do not surrender their secrets readily to the casual viewer. Think, for example, of looking long and hard at a painting by Ad Reinhardt. Gradually we begin to see what’s submerged in the surface.

For artists to make such demands on viewers is audacious. Pop culture has reduced aesthetic experience to a matter of minutes if not seconds. This work demands our respect.

There are very large more recent works joined to form panoramas. This is a break away from studio work confined to the limits of paper formats. One senses the energy and rage of a blind Samson pushing against the pillars and bringing down the temple of conventional photography.

The recent collages and large format work represent the extreme. It is best to come back to the belly of the beast. There is a normative sensibility where one feels much in the sweet spot, wheel house of the artist’s practice. We are transfixed by often dark forms of great variety and invention. Indeed no two seem alike. There is an absorbing play of light and shadow. The impact is meditative and absorbing. Take the time to let it happen.