Hooded, or Being Black for Dummies 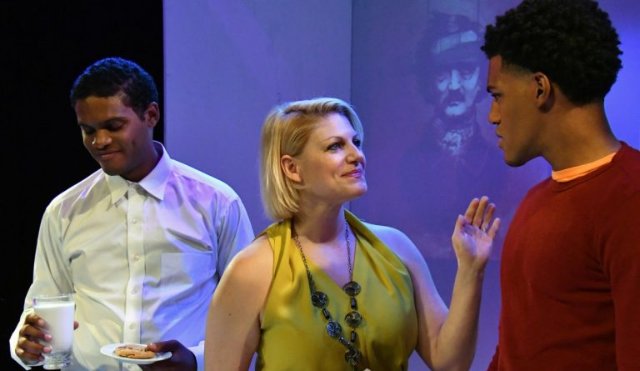 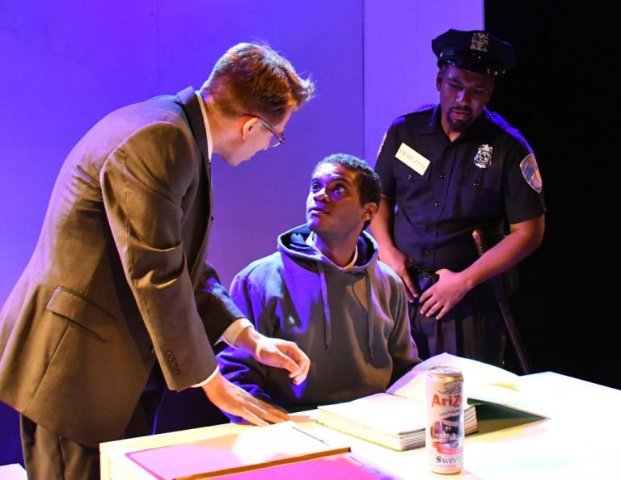 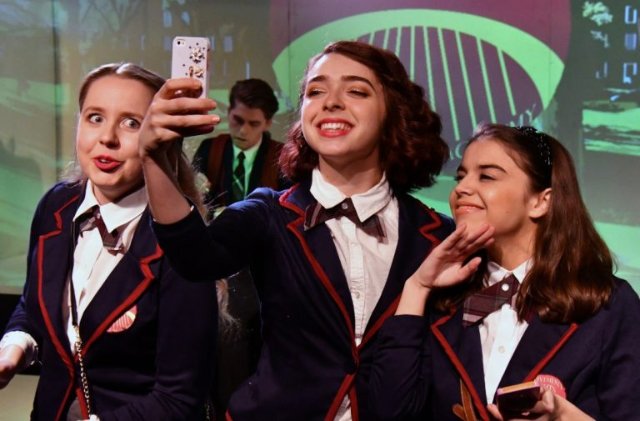 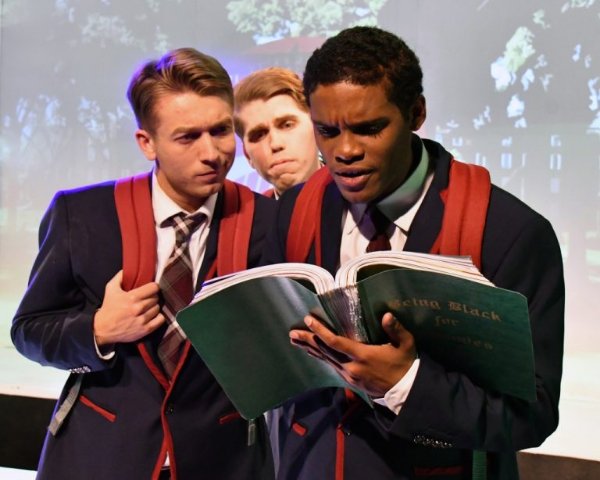 “Killing us one by one…In one way or another…America will find a way to eliminate the problem…One by one…The problem is…The trouble’s in the black.”  from “Words of Wisdom” by Tupac Shakur

Because of tribalism and human foibles, racism has always existed and will always exist. Fortunately, progress has been made. In this country, greater opportunities have arisen for people of color, and the conflicts they face are largely issues of higher social order and generally far less violent than in the past, with noted exceptions.

In Hooded, or Being Black for Dummies, the central character occupies a status that would have been virtually unthinkable in previous generations – a black boy adopted by white parents. Raised in privileged white society (in Achievement Heights, yet!), Tearrance Arvelle Chisolm’s racially-isolated protagonist, Marquis, will find out what it is to be and to act black. The audience will enjoy a bundle of laughs and be exposed to a number of provocative issues in this brilliantly written and executed compendium of characters and situations that populate the racial divide.

The first thing we need to recognize is that there are rules that guide the acceptance of minority (for instance, black) persons by majority (read: white) persons. The first is that a single black person will not be considered a threat by most white people if the black person is not perceived as leading a wedge of influx and if the black person acts in accordance with white rules. This is the basis on which Marquis is able to socialize comfortably in his community.

A second rule is that if black and white persons engage in the same unacceptable behavior, the black will typically be caught while the white will get away; but if they are both caught, the black will more likely be punished; and if they are both punished, the black will suffer a greater penalty. Marquis’s white friends, aptly named Hunter and Fielding, even note that equal punishments produce different outcomes. If an upper middle class white kid is arrested, he is “cool,” but when a black kid is it just confirms existing prejudices against the minority. Similarly, when a black male acts black, he is threatening, but when a white male acts black, he is cool.

So it is that Marquis ends up in a holding cell of a jail for a prank, while his two white friends get away. There, he meets a Tru, a black teen who is smart, well informed, and presentable in white society but has street cred. Tru has created his own handbook of rules, Being Black for Dummies, which will disabuse Marquis of his naivete and teach him how “real” black people live. Tru will also expose his acolyte to a surprising analysis of Fredrich Nietzsche compared to Tupac Shakur.

Hooded is really a series of poignant vignettes, and the playwright’s fertile thoughts cover a great deal of territory. The open minded will see how difficult it is for the black person to overcome discrimination from whites, even those who are generally supportive. Sometimes the limits of blacks’ white allies are tested when new ground is broken, as is the case when Marquis succumbs to the flirtations of a white girl, Clementine.

Although most of the wrongs directed toward blacks in this country come from whites, Chisholm does not absolve blacks of the drag that results from its community’s self-defeating actions. Tru talks about the importance of not showing aspirational behavior within the ‘hood, or risk being considered too white and being ostracized. As he suggests, you have to learn how to talk differently to the master than to your homies. At the extreme, some blacks sell out totally and attempt to be whiter than white by exacting even harsher treatment to blacks. We might look at the Supreme Court and the Trump cabinet for examples of this. The playwright gives Marquis’s arresting officer the name Borzoi, after the Russian wolf hound, a breed that hunts its own cousins. In this case, it is a black cop who suppresses his own race more than white cops do.

Custom Made’s production of Hooded sizzles. The cast, led by Jesse Vaughn as Marquis and Tre’Vonne Bell as Tru captivates. Under Lisa Marie Rollins’ excellent direction, all the characters are well developed and their interactions are precise and true. Together, the creative team and cast provide the authority that this important and insightful play deserves.

Hooded, or Being Black for Dummies is written by Tearrance Arvelle Chisholm, produced by Custom Made Theatre, and plays at their stage at 533 Sutter St., San Francisco, CA through March 31, 2018.