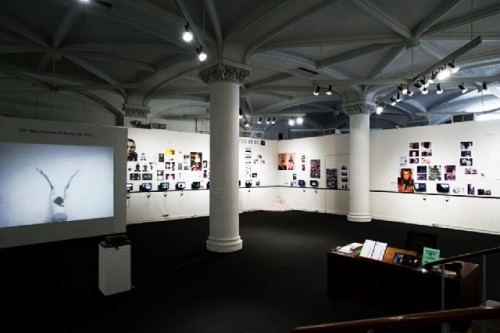 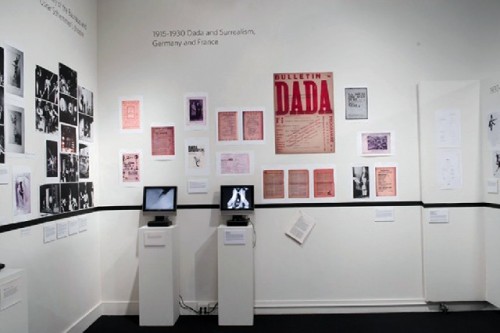 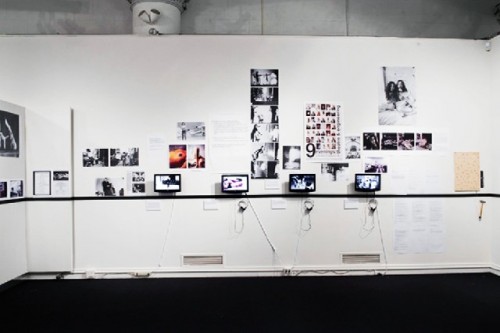 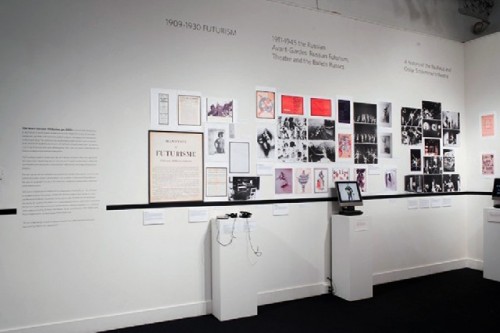 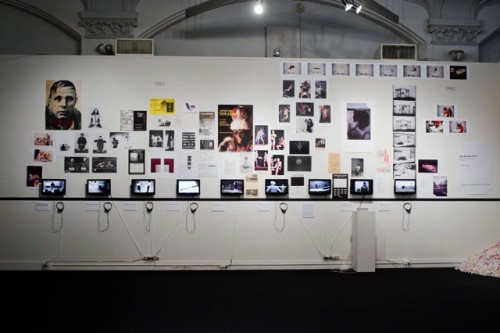 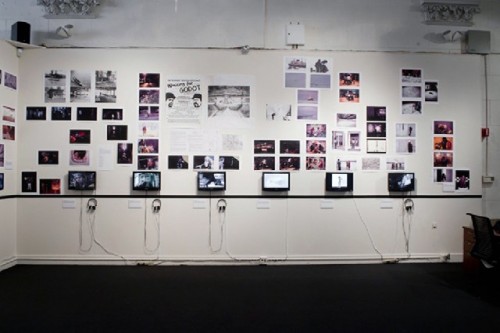 During a dialogue with Patssi Valdez one of four members of the radical Asco which is the subject of a major exhibition at the Williams College Museum of Art I asked if she had been aware of the Dada movement and performance art? Not really was her response but perhaps Gronk, her friend and collaborator, might have been aware of other movements.

She explained that she was very young and making performance works and graphics out of a personal urgency, protest against the war in Vietnam, and police brutality in her Chicano neighborhood in LA. There was no time for reading art history books.

Ironically it is precisely the range of personal, social and political circumstances that informs a truly remarkable overview of the uber radical, avant-garde of the past century that is surveyed densely at the Boston University Art Gallery.

Rush to see this exhibition which remains on view at  855 Commonwealth Avenue through March 25. The gallery is open Tuesday through Friday from 10 am to 5 pm. On Saturday and Sunday from 1 to 5 pm.

How I would have loved to walk through this exhibition with Patssi. The work of Asco belongs in this historical survey. It is an irony that the artists who ignored art history and just did their thing were in turn ignored by art history. Until now. Surely any future overview, unlikely to occur any time soon, would be remiss in excluding their radical performances.

Not that long ago I taught The Avant-Garde at Boston University. The current exhibition would have been the perfect teaching tool for that course. This exhibition is truly mind boggling in assembling thumbnail references to most of the major movements and seminal works of the most extreme and fascinating fringe of visual and performance experimentation.

There is a thick black tape that runs around the gallery at about waist high. Above it is a row of small tv monitors playing continual loops of the rarest and most riveting material. In chronological sequence tacked to the walls are an ongoing collage of archival prints of artists and installations.

Because it is so off the edge of the mainstream of the art world the material is most enigmatic and ephemeral. Very little has been preserved and displayed in museums. During my teaching years it was challenging to find enough slides to flesh out and illustrate lectures. The literature is also rare. I strongly recommend Lipstick Traces by Greil Marcus as a compelling jumping off point.

In some aspects the exhibition is so dense that it is not particularly user friendly. One has to stand in front of all of those monitors. So there is a comfort level of tolerance to take in all the text and videos. The hundred years tend to become a blur.

The gallery was relatively empty so a stash of stools would have helped. That would encourage sitting and viewing the material while progressing along at one’s own pace. Or, perhaps, an area with benches and a selection of videos on a large screen monitor would have allowed for greater impact.

But that inconvenience was offset by seeing so much rare material much of it for the first time. Like the Russian avant-garde and theatre sequences of Bauhaus films. We were riveted by Yves Klein making fire paintings. Something we knew of from literature but had never actually seen.

As the time line progressed, of course, we were more familiar with the works presented. We have seen the Yoko Ono Cut Piece perhaps too many times. By the 1970s the nude body and performance art had become so ubiquitous that it lost its shock value. Today viewers have a rather thick skin. And, as this exhibition demonstrates, way too much history. Although young artists tend to ignore the past and inevitably repeat it. For them, perhaps, Rome is rebuilt brick by avant-garde brick every day.

Hopefully BU students and faculty have seen this show many times. Many repeat visits would help to fix the broad range of material.

The day we visited Joshua A. Buckno, the assistant director discussed the project that came from PS 1 in one Fed Ex box. It contained a stack of the DVDs and a USB stick with all of the images. They were printed out. Some larger poster were sent in a mailing tube. After the show BU will send back the disks, stick, and posters. They get to keep the prints.

What a brilliant, efficient and cost effective way to circulate a large exhibition. Bravo to all involved. How avant-garde. Stick it. Indeed. Even the DVDs were dupes hence like zero for insurance.

When the material is returned Buckno said that the show will be moth-balled. What a pity. Surely this is a traveling show that would be suitable to many college galleries. Such an incredible teaching resource should not be left to gather dust on a shelf.

The Boston University Art Gallery (BUAG) is pleased to present 100 Years (version #4, Boston, 2012), curated by Klaus Biesenbach, Director of MoMA PS1 and RoseLee Goldberg, Director and Curator of Performa. The exhibition traces the development of performance art over the past century with a wealth of assembled archival documents, film, photography, and audio previously unseen. The exhibition provides a fascinating overview of some of the most significant performance art movements, happenings, and seminal works, from the Futurist Manifesto in 1909 through present day.  The exhibition includes such works as Yoko Ono’s Cut Piece (1965 ), Francis Alÿs’ When Faith Moves Mountains (2002 ), and Matthew Barney’s Drawing Restraint (2005). The material serves as an archive for students, scholars, and enthusiasts of the history of performance art.

100 Years, conceived as a “living exhibition” of documentation, grows with each new iteration, having traveled previously to The Julia Stoschek Foundation, Düsseldorf; MoMA PS1, New York; and The Garage, Moscow. The BUAG has invited the Boston University and Boston community at large to contribute important performances and local artists have also been invited to contribute to the timeline of the exhibition. The new BUAG Annex space will host concurrent mini-exhibitions, performances and projects throughout the run of the exhibition. A full schedule of programming is forthcoming and will include performances by and in collaboration with Mobius, Kurt Ralske, Sandrine Schaefer and Phil Fryer of Present Tense, John Gonzalez, and Randi Hopkins with the Simmons College Curatorial seminar.