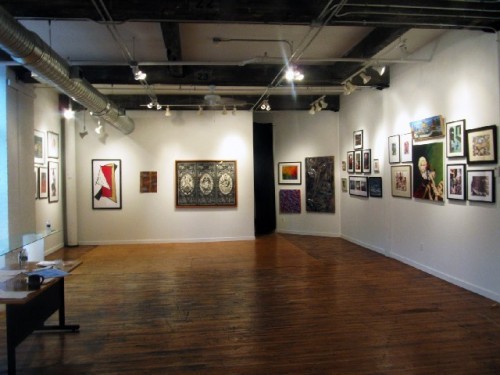 The Eclipse Mill Gallery with the 2012 Berkshire Salon. 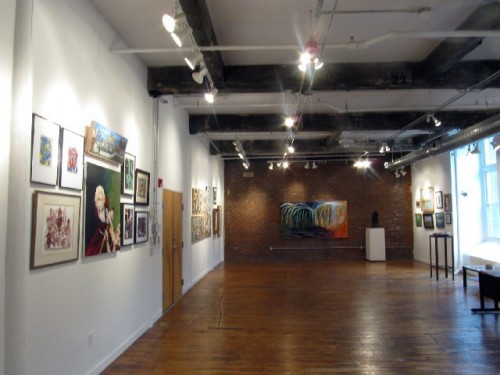 Another view of the Berkshire Salon. 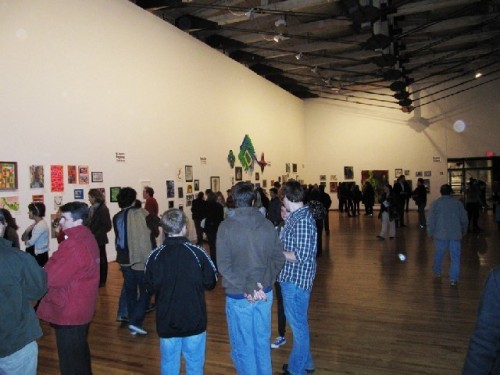 The High School Invitational at Mass MoCA moves to the Eclipse Mill. 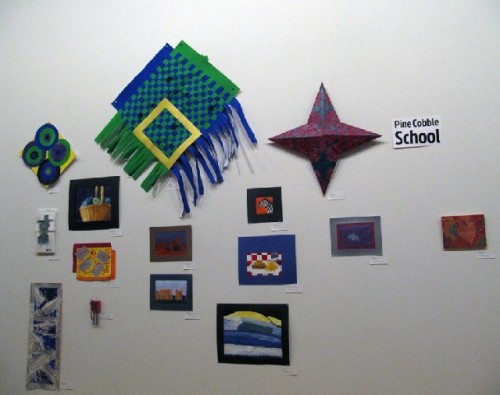 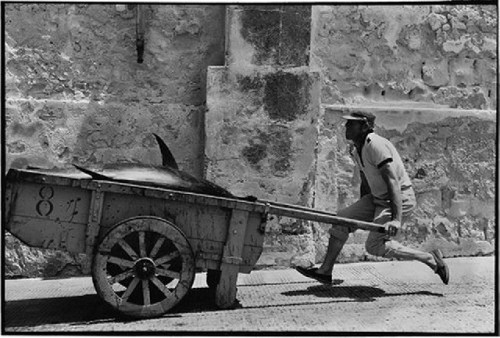 Images by the deceased photographer will again be featured. 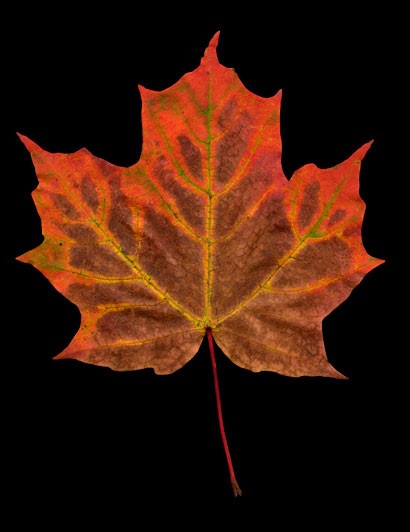 Large format photographs by Chad Kleitsch will be shown. 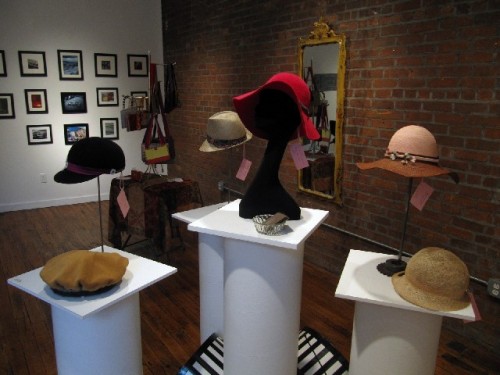 A display of wares in a prior holiday small works show.

The artist run gallery is one of the most spacious and attractive non museum galleries in the Berkshires. It offers a diverse program showcasing works created by Eclipse residents as well as a number of community based projects and special exhibitions.

Several shows curated by Eclipse resident and gallerist, Ralph Brill, have traveled in New England as well as internationally.

Last year Brill presented a selection of works by the late photographer, Leonard Freed, from his Italian Series. They were included in a catalogue for a traveling exhibition and celebration of the artist in Italy.

As a highlight of the 2013 season Brill will present another installation of works by the renowned photo journalist from June 7 to July 7.

For the past few years the season starts early with The High School Invitational a project initiated by the artist Stephen Hannock for Mass MoCA with the Eclipse Mill component curated by Gail and Phil Sellers the founders of the community based Art Around Town.

The installation of works by regional student artists will occur from April 20 to May 5.

To encourage and acknowledge their talent there are a number of prizes and small stipends which are given out during an exhibition and celebration at Mass MoCA. The event precedes the transfer of the works to the Eclipse Gallery.

This year’s school project is all the more relevant in view of discussions of city budget cutbacks impacting arts education in North Adams public schools.

Now in its 6th year the all inclusive Berkshire Salon is a lively event that draws more than 50 local artists. The exhibition which, is open to anyone who cares to participate for a modest fee of $15, will run from May 10 through June 2.

The annual project revives the spirit and iconoclasm of the notorious Salon des refuses during the era when avant-garde Impressionists were excluded from the official, annual Salon organized by members of the academy.

The Berkshire Salon is eclectic and fun with many wonderful discoveries and opportunities for emerging artists.

Photography will be the focus of the next two exhibitions; starting with a museum worthy installation of works by Leonard Freed. It will be followed by an overview of images using the ancient technique of pinhole photography from July 12 to August 18.

Using a small box, with either a sheet of negative film or a digital attachment, the pin hole acts as a lens. The technique has unique and often unpredictable results which have attracted many practitioners.

From August 23 to  October 6, Brill will present large format photography by Chad Kleitsch.

Overlapping Open Studios in October will be an exhibition of works by the Berkshire artist Joan Carney from October 11 to November 10. She has previously shown at The Greylock Gallery in Adams. Carney works in a variety of paint related media with a range of supports.

Augmenting the Holiday Season the artist Mary Weissbrodt will curate a selection of small works and crafts from November 15 to December 22.

As the season evolves we will post further updates of exhibitions and projects.