Roadrunner or Dream On for Massachusetts State Song 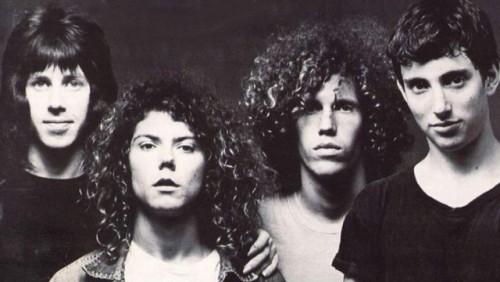 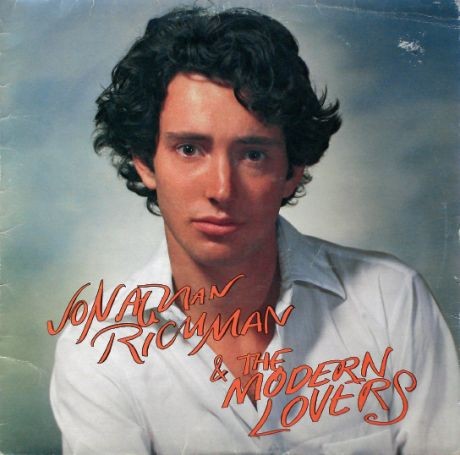 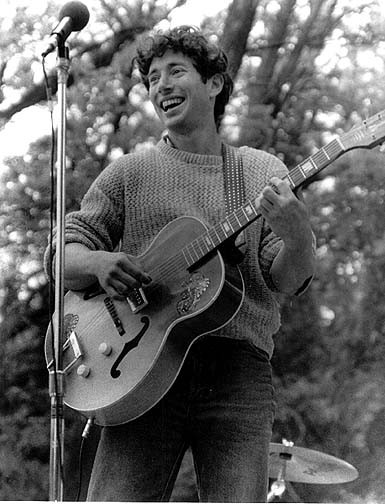 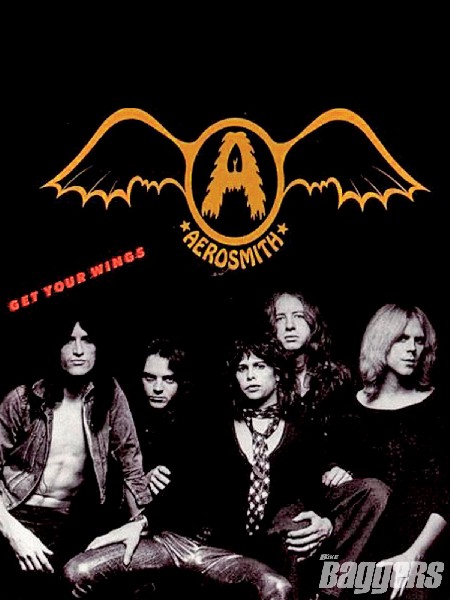 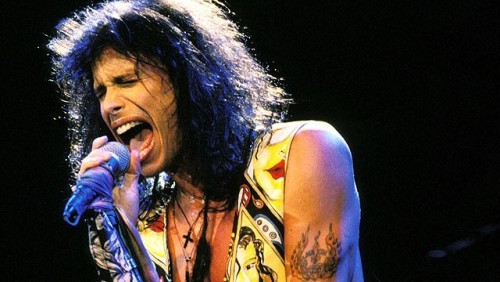 Here’s a classic tempest in a teapot. Bear in mind that the Boston Tea Party and Paul Revere’s Midnight Ride occurred in Massachusetts which is now seeking to adopt an official state song.

While all politics are local it comes down to a dead heat between arena rockers, Aerosmith with “Dream On,”  neck and neck with indy-culters Jonathan Richman and the Modern Lovers and the iconic “Roadrunner.”

Let’s start with a compare and contrast of the lyrics of the contenders.

Lyrics to “Roadrunner” by Jonathan Richman and the Modern Lovers

one two three four five six Roadrunner, roadrunner Going faster miles an hour Gonna drive past the Stop 'n' Shop With the radio on
I'm in love with Massachusetts And the neon when it's cold outside And the highway when it's late at night Got the radio on I'm like the roadrunner

Said welcome to the spirit of 1956 Patient in the bushes next to '57 The highway is your girlfriend as you go by quick Suburban trees, suburban speed And it smells like heaven(thunder) And I say roadrunner once Roadrunner twice I'm in love with rock & roll and I'll be out all night Roadrunner That's right

Every time when I look in the mirror
All these lines on my face getting clearer
The past is gone
It went by, like dusk to dawn
Isn't that the way
Everybody's got the dues in life to pay

Half my life
Is books written pages
Live and learn from fools and
From sages
You know it's true, oh
All these things you do come back to you

For openers the hook laden raveup “Roadrunner” is chock full of localisms from the super market Stop and Shop, Route 128, to the site specific “I’m in love with Massachusetts.”

While who the heck knows what the surreal “Dream On” with its infectious, mantra chorus is really about? Nice tune but what’s the connection to Massachusetts?  Arguably, Aerosmith is the Bay State’s best know, locally grown, rock band. Although Boston and J Geils also come to mind.

Notably, both songs were recorded in 1972 when I covered rock for the former Boston Herald Traveler.

My first contact with Aerosmith occurred when Maxanne, then a DJ for WBCN-FM, picked me up in a limo for a drive to Revere. The band, which was just getting started, was doing a gig at the Surf, a club on the beach.

In the dressing room, I was super impressed when Tyler did hand stands and cavorted about while warming up. During the set, he reminded me of Mick Jagger with the glamrock touch of tying a scarf to the mike stand.

Maxanne, who was then living with rocker Billy Squire, was interested in exposing emerging bands.

After that, I saw Aerosmith a lot but never really became a fan. Arena rock is not really my thing. Tyler, now a grandfather, still acts and dresses like a teenager.

No, I don’t watch or give a fig about American Idol.

Where Jonathan and the Modern Lovers are long overdue for the recognition they deserve.

Way back when there were Sunday rock concerts on Cambridge Common.

Jonathan was a regular solo performer.

He would belt out “I’m Straight.”

Then and now there was a childlike, no childish, innocence about him.

Over the decades he had an uncanny ability to avoid fame and success.

Although today he is cult famous and said to be widely influential.

John Cale, Iggy Pop and David Bowie have all covered his “Pablo Picasso". The Sex Pistols recorded "Roadrunner" on The Great Rock 'n' Roll Swindle. Additional covers of "Roadrunner" include one by labelmates The Greg Kihn Band. Post-punk act Siouxsie and the Banshees recorded Jonathan’s "She Cracked" on Downside Up, as did Seaweed on the John Peel Sub-Pop Sessions album.  Joan Jett sang "Roadrunner" on her cover album, The Hit List. In 2010 a live cover by Titus Andronicus of "Roadrunner" was released on the fan compilation Feats of Strength.

A Cambridge neighbor, Arthur Gallagher, asked me if I might recommend a band to book for Spring Break in Bermuda. His family owned the Inverurie Hotel which had a ball room.

Part of the deal in 1973 was that I got to stay the week with Arthur and his Mom.

Every night I helped to set up the band. It was fun to be kindah a roadie for the Lovers. A Roadrunner if you will.

Wow that was an awesome band.

The drummer was Dave Robinson who later joined The Cars. There were two Harvard grads in the band, Jerry Harrison, who moved on to Talking Heads and bass player, Ernie Brooks, who later worked with David Johansen, Arthur Russell, Elliott Murphy, and Gary Lucas.

There was a surreal honesty and irony to Jonathan’s down to earth lyrics. As a somewhat overly sincere, self-effacing, nerdy guy it rang true when he sang “Nobody ever called Pablo Picasso an asshole.”

As a kid, I guess Jonathan took a lot of abuse.

The band, what we would today call indy rock, was way too original and quirky for the Spring Break scene.

As would be entrepreneurs, Arthur and I were disappointed by the small nightly turnout. But, amazingly, everyone who came returned night after night. By the end of the week the numbers grew modestly into the Bermuda chapter of the Modern Lovers fan club.

There were a lot of activities for the mobs of college kids including beach parties and picnics. The official band for all this was the Bermuda Strollers. We heard “If I Had the Wings of a Dove” over and over. We tried but never managed to have the Lovers play for any of those events.

Jonathan kept in shape by running every day while the rest of us hung out at the beach.

On Easter Sunday, Arthur and his mom took me along to a party on the other side of the island. It was very upscale and the guests were flying kites, a traditional Easter activity.

I was pretty much a hippie and the hostess asked “Now who are your people and where are they from?”

She was a Margaret Dumont to my hipster Groucho.

Providing a few details of “my people” the hostess’s pregnant daughter-in-law chimed in.

“Is your mother Dr. Josephine Flynn?”

She said “I’m a Nugent from Gloucester, and we are second cousins.”

The expression on the face of the hostess was priceless.

During the funeral of my great aunt last year, I reminded my relative of that meeting years ago in Bermuda. We both had a big laugh.

Those Nugents are everywhere.

My great-grandmother had 13 with four perishing as young adults.

Not long after we returned, I arranged a gig for the Lovers at Sandy’s in Beverly.

After a week of playing every night, they were tight.

They cut their classic tracks not long after.

The drift is, to quote Wikipedia, “Following the failure to complete a debut album, Warner Brothers withdrew their support for the Modern Lovers, and Robinson left the band. They continued to perform live for a few months with new drummer Bob Turner, but Richman was increasingly unwilling to perform his old (although still unreleased) songs such as ‘Roadrunner’, and after a final disagreement between him and Harrison over musical style the band split up in February 1974.”

Typical of Jonathan to snatch defeat from the jaws of victory.

Later I attended an afternoon press conference prior to a gig by Lou Reed.

Jonathan was a huge fan of the Velvet Underground and had hung out with them early on.

Lou consumed most of a bottle of Courvoisier and treated the media with disdain.

Like when I asked what he thought of Jonathan Richman and the Modern Lovers?

The response was mean and foul. Real nasty.

That night Lou could hardly stand up on stage.

When I ran into Jonathan in the Square I told him about it. Jonathan was shocked and surprised saying “Did Lou really say that?”

In the decades that followed Jonathan got ever more quirky.

At one point he gave up instruments to perform a capella with just hand claps and foot stomps.

For a time he performed solo for spare change in the entrance to the Coop in the Square.

It was thrilling to see him in a cameo in “There’s Something About Mary.”

Asked about the “Roadrunner” proposal, 61-year-old Richman told the Boston Globe: "I don't think the song is good enough to be a Massachusetts song of any kind."

What a nut job.

But just thinking back to those magical nights in Bermuda, when the set ended with “Roadrunner,” makes me feel young again.

It’s up there with Chuck Berry’s “Johnny B. Goode” as one of the all time, rave up, rock and roll anthems.

Like the wacko Jonathan “I’m in love with Massachusetts.”