Anywhere by Theatre L'Introverte at HERE

An Ice Puppet Oedipus Melts Before Us 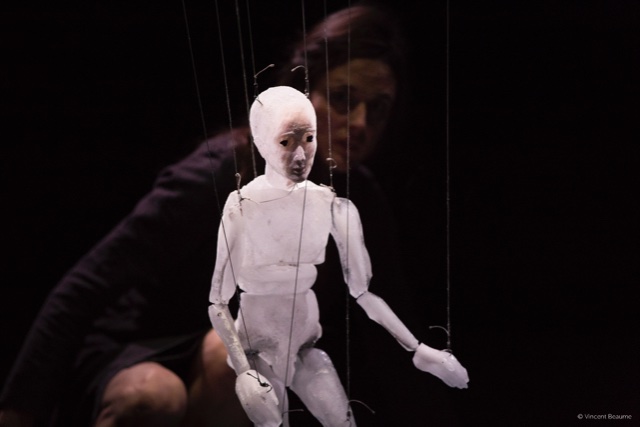 Oedipus on the Road at HERE Photo credit Vincent Beaume 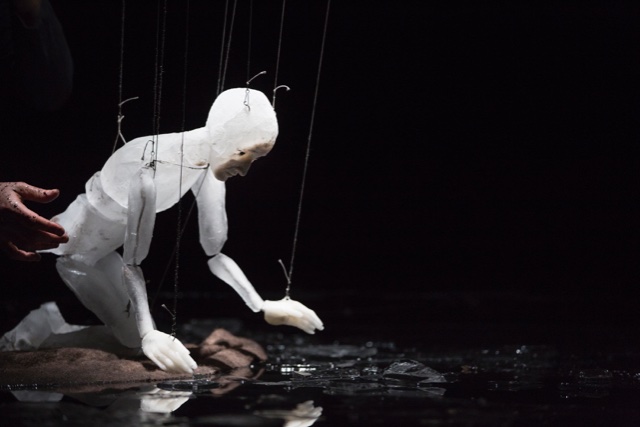 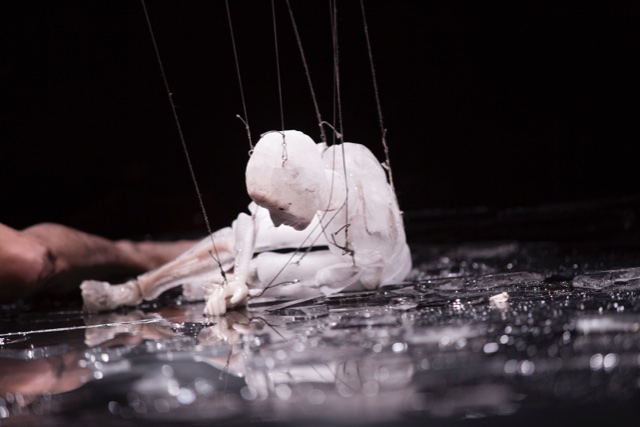 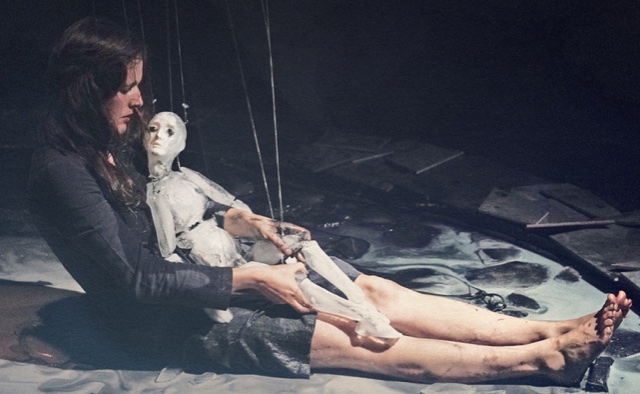 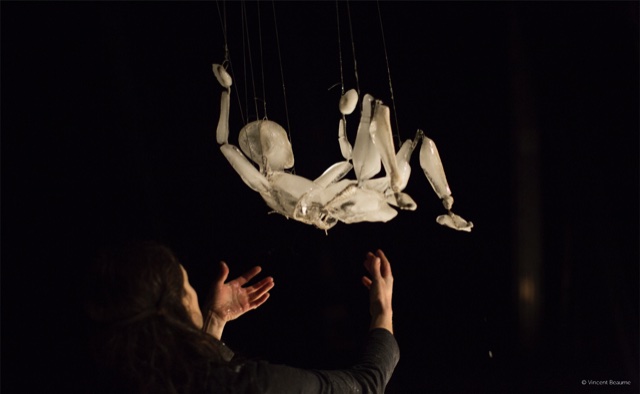 The theater is pitch black. A mysterious figure wrapped in a robe writes on a screen in black ink which drips on the illuminated board.  “I which have bled for so long are beginning to heal.  Black tears no longer course down his cheeks, inspiring the horrific feeling in others that these are their own bloodied tears."  These are Oedipus' words as imagined by Henry Bauchau, author of "Oedipus on the Road," which inspired "Anywhere." This is a harrowing portrait of Oedipus' final journey.

Although Oedipus does not know he has called his daughter, Antigone, she has felt his call in her heart. He tells her, “Tomorrow at dawn, I shall leave. You and Ismene will lead me to the Northern gate."

Antigone asks: "Where will you go?'  And Oedipus replies, “Nowhere! Anywhere! Away from Thebes." Her love and loyalty for her infamous father evolve.

Antigone has prepared a gourd and water for her father.  It is difficult for her to bestow it on him.  Once a King, he must live like a beggar. She follows him as he trudges along.  We first see him at a distance, small and alone.  Antigone catches up.  She circles a pond surrounding by chunks of ice that crack under her feet.

The puppet figure, like the elements that parade before us, will change from solid ice, to liquid water and finally disappear as mist.  The journey is moving, as Antigone tenderly assists her father. He rejects help, wishing only to end it all.  School children know that Oedipus has had a tough life.  An oracle predicted that he would kill his father and marry his mother.  He did.  Before they were outed, they had four children, Antigone among them.  Now he has been cast aside by the city.

Antigone is live.  Her father, the puppet.  She treats him as human.  We find him human, and agonize with her as he disappears into the mist.

The puppetry is so smooth and inviting that we forget we are watching one live person and a marionette operated subtly by strings. The relationship binds us. as both Antigone and Oedipus give themselves over to unyielding fate.  We are sad to see Oedipus evaporate, but join Antigone in welcoming his release from this mortal coil. This is a masterful work by two French artists.