The Boston Symphony Arrives at Carnegie 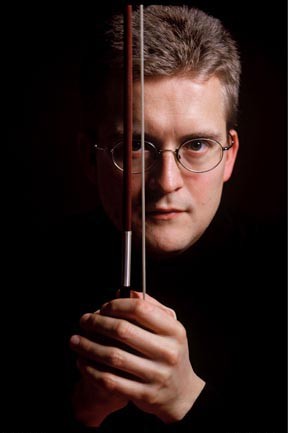 The Boston Symphony Orchestra arrived at New York’s Carnegie Hall ready to show the world that one conductor does not a great orchestra make.

Assistant conductor Marcelo Lehninger stepped up to the podium to lead a delightful Mozart, an awesome Birtwistle and a brilliant Bartok.

One of the world's great violinists, Christian Tetzlaff, performed the violin solo in all three pieces, in and of itself a marathon, but one that was undertaken with such skill and beauty that the endurance test did not register.

Musical programmers have such a delicious choice of warm up pieces and the Rondo did not disappoint.  Tetzlaff brought great charm to the Mozart, perhaps following the dictum of Leopold Mozart in his instruction manual for violinists:  Poetry will teach you phrasing.

Tetzlaff and the orchestra then plunged into a performance of Harrison Birtwistle’s composition commissioned by the Symphony.  Program notes indicate, with a tip to Greek drama, that the piece is a dialogue between soloist and orchestra.  At times, this conversation was evident.   Clouds of harmonies filled the hall. The brass and percussions teased the strings. There were more customary brass fanfares and then Tetzlaff in a whacking, rollicking, transforming performance. This is a piece that probably can’t be appreciated without a few hearings.

The Bartok Second violin concerto was composed for Bartok’s great friend, the violinist Zoltan Szekely.  Bartok had returned from months in Turkey gathering folk songs on his mammoth tape recorder.  He was in the midst of filling a commission from the American jazz clarinetist Benny Goodman, and he was mightily concerned about the political state of Europe.  When Chamberlain met with Hitler in a town whose translated name was the mountain of the Gods, he wrote a friend that it would be better named mountain of the Devil.  He considered moving to Tierra del Fuego to get away from the horrors in Europe.  All the while he was composing masterpieces.

What a mighty concerto this is.  It seemed to energize Maestro Lehninger as he took control of its shape, and with great passion showed us Bartok at his finest.  Bartok himself had been nervous about composing the piece.  He had not written a violin concerto in three decades and had never heard the earlier one performed.  He was concerned about the balance between soloist and orchestra which Lehninger and Tetzlaff negotiated beautifully.  The six variations of the second movement are often played alone.  Ever changing forms of 12-note themes are on display in the outer movements.  The third movement is entirely derived from the first and this relationship was highlighted by conductor and soloist.

Bartok had written to Szekely, who had requested a traditional concerto, “So I managed to outwit you.  I wrote variations after all.”  The verbunkos, a Hungarian dance form with its suggestion of Transylvanian fiddlers, abound and Tetzlaff gave them his all and more.

The Composer was experimenting with a new melodic chromaticism.  He drew elements from strands of different modes based on a single fundamental note.  A 12- note row theme is on display in outer movements.  Yehudi Menuhin remarked that Bartok wanted to ‘show Schoenberg that one can use all 12 tones and still remain tonal.’

He had said that “I do not like to repeat a musical thought unchanged, and I never repeat a detail unchanged.  The extreme variety that characterizes our folk music is, at the same time, a manifestation of my own nature.”

Actually he  reworked the third movement so that the violin continues playing to the end.

The Boston Symphony, under Lehninger’s baton and perhaps inspired by Tetzlaff’s magical violin, showed perfectly why this is considered a masterwork of Bartok’s.  A great orchestra goes on.