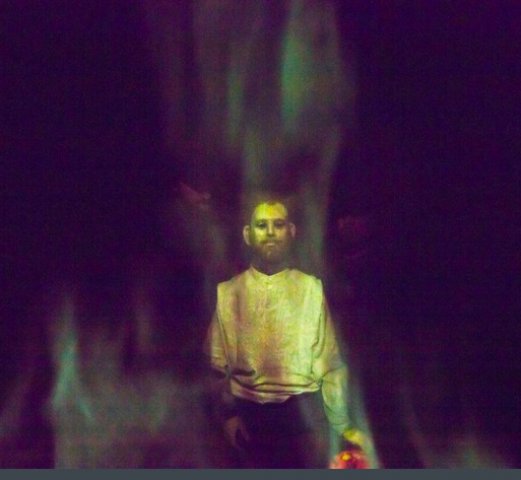 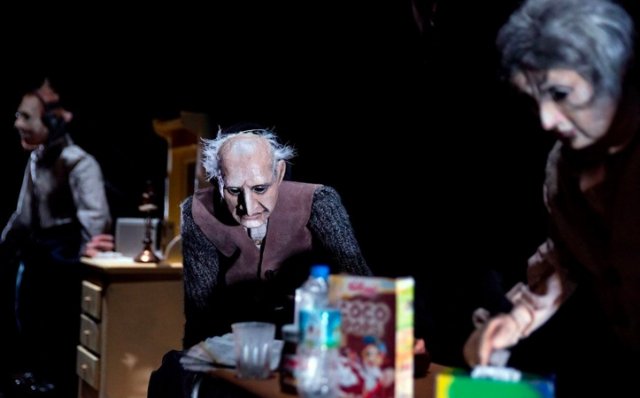 Breakfast at the arson's home in miniature 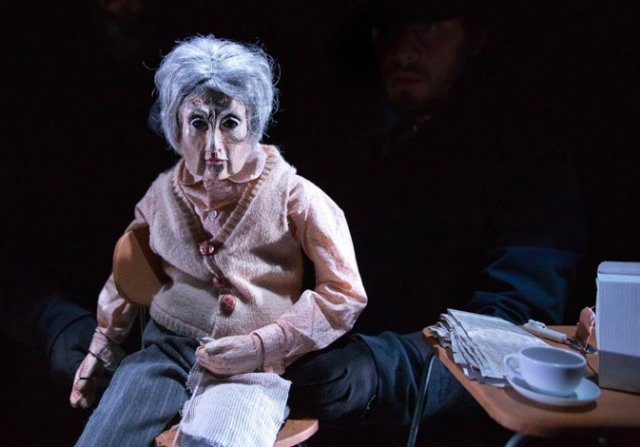 Knitting does not hold the arson's mother 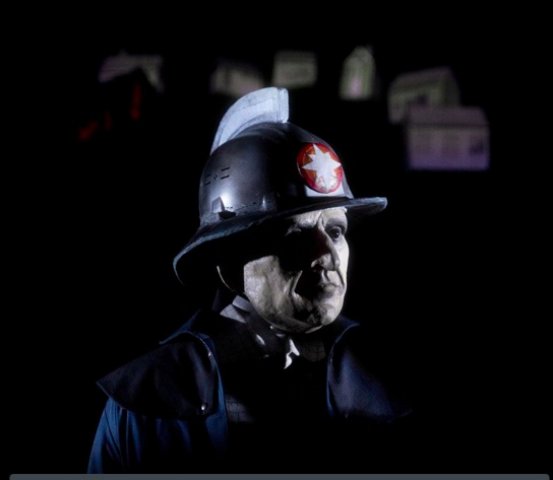 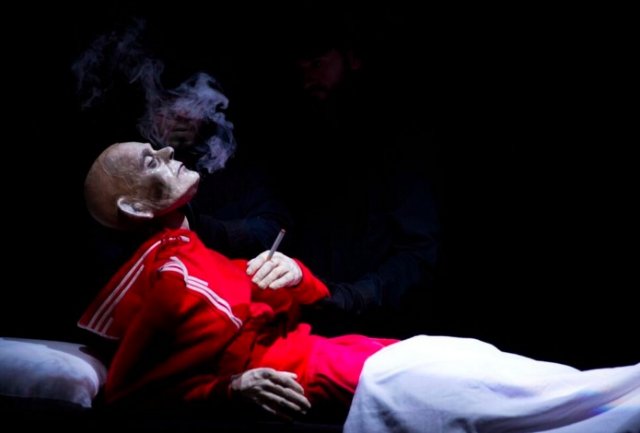 The writer's father consumed by ashes 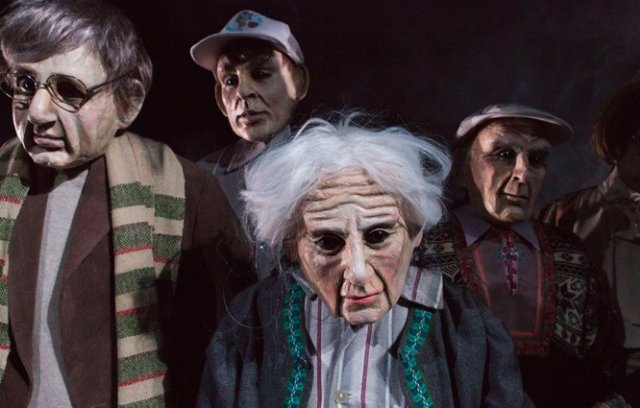 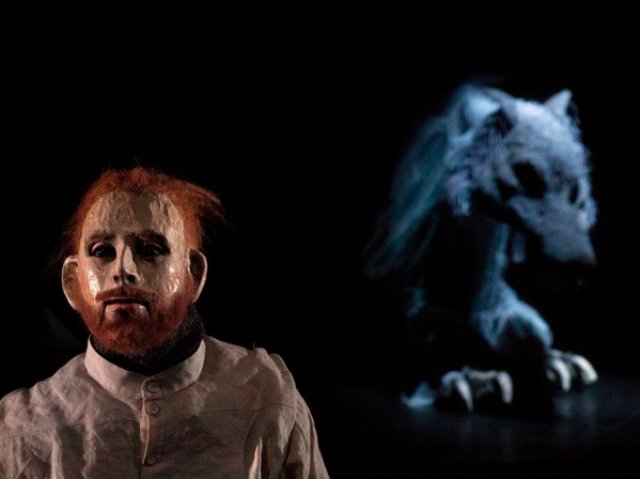 The arson and his demon

Ashes is touring the world and landed at the adventuresome theater HERE in New York this week. Billed as a puppet show, yet so much more, Ashes tells the tale of a pyromaniac in 1970s Norway as the story is being woven by Gaute Helvoli. In his novel Before I Burn he strives to discover the story of arson in his own town at the time he was a very young child. Parallels between his story, typed on a scrim and intermittently woven into Dag the arson's story, are Biblical in dimension. Fathers and sons are the subject.

Yngvild Aspeli of Plexus Polari directs to drive the story into increasingly disturbing and deep territory.

Three puppeteers (Aitor Sanz Juanes, Viktor Lukawski, Andreu Martinez) magically manipulate many figures. The three principal characters are rendered both in miniature and life-size. The only fully created set is dollhouse-sized to house the miniatures. Here we first meet the arson’s family, his mother, a housewife and father, the fire chief. They sip tea and read the newspaper in a room with dollhouse-sized cupboard and table.

Dag’s tiny figure is eerily human, with flame orange hair, and black eyes with lips that blink. Tiny as he is, he’s scary, with a jug of gasoline at his side and a lighter in hand.

These miniatures are clearly puppets, but their life size representations are deceptively human. The face of the mother seems anguished and tender, particularly as she rocks her baby in lullaby. Dag the pyromaniac seems both mad and determined.

The writer played by Viktor Lukawskiis splendidly awkward, struggling to grasp the story, acting like a puppet when he interacts with others, and facing his demons with courage and trepidation.

Other characters include a soundtrack booming of doom mixd into a choir opening into heavenly song.   Light too is crucial, particularly when the large puppets are lit so you do not see the puppeteers, who, Bunruku style, manipulate. They also interact with the puppets, encouraging Dag to light another fire and the writer to drink too much beer, until the glasses float toward and away from him in the air.

The richness of puppetry becomes clear when all lines of relationship between puppets, puppeteers and characters are not clear. Is the puppet real or inanimate? Do the puppeteer and puppet have their own relationship beyond the manipulation? In Ashes, the puppeteer figure in black is handled so subtly that lighting blacks him/her out entirely at times.

Nothing is solved, but we are left with a haunting sense of the frailty and vulnerability of humans, shown all the more forcefully by riveting puppets.

HERE is the place to go for moving, compelling and innovative theater. This unusual venue always presents unexpected events.