Where Does Grand Opera Fit in the 21st Century

Peter Gelb is Not Answering the Question 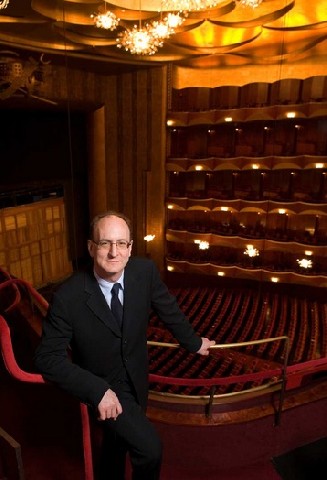 Streaming HDs and bringing in Broadway stage designers and directors is not a bold vision.  Yet James Stewart in his recent New Yorker article makes this case.  His question is: Can the Metropolitan Opera afford this vision?

The HDs are wonderful by and large.  People who don't have access to opera on a regular basis flock to them.  I have attended screenings around the world and the audience is old.  These HDs are not drawing the new audience opera needs.

As to their financial success, no one has yet figured out what the numbers offered mean.  The Stewart article simply states that the HDs brought in $32 million in the 2014 season.

When Live from Lincoln Center was first conceived, and that was a bold vision, the idea was to take the sports model of a live event and bring it to music.  The first cameras used in early Lincoln Center productions were the same ones used on the football field.  Lighting be damned.  What people want is the action and they will take low wattage as long as the event is high wattage.  Televised events could be made financially feasible by doing the cheapest possible transmissions of real events.

The house is now filled only to 79% capacity and has become a very expensive launching ground for HDs.

Many of the stage directors brought in by Gelb don't get the opera art form.  Notable exceptions are William Kentridge and Willy Decker.  The Luc Bondy Tosca, often trashed, was wonderful when it was cast properly with Radvanovsky, Terfel, and Struckman.   Gelb didn't bother to read the reviews of Karita Mattila's Tosca in her native country.  (Published four years before she got to the Met in the role).  She was uniformly panned. A wonderful singing actress, Tosca was not her role.  That was the problem.

Michael Shae in a marvelous piece on Callas performances which appears in the New York Review of Books writes about opera, and why people go and get hooked. It is the drama in the human voice.  There are singers on the Met stage today who put the human emotion in the voice: Radvanovsky, Adbrazakov, Hymel, Fabiano, Kelsey, Jamie Barton among them.  But Gelb shows no signs of knowing the difference between these performances and those of thin, pretty actresses without voices.  No one ever turned away from Kirsten Flagstad when she gained weight.

The Met is failing.  Audiences are dwindling.  Finances are precarious.  Around Gelb are a group of cronies on the board who still write big checks.  Some know a lot about opera.  Some know very little.  But this is a business, not for profit to be sure. More like a sieve.

Stewart shows Gelb capable of pleasing his bosses, the Board, or at least enough of them to keep the doors open.  Ann Ziff, chair of the Board and financier of the disastrous new LePage Ring production, says that people are jealous of Gelb.  He has brought something new to opera and that always provokes jealousy.

Yet who can be jealous of a man who is driving a beloved institution into the ground?

In Gelb's defense are two intractable problems which are related.  A 4,000 seat opera house is impossible to fill in the 21st century.  People want their art intimate, and there is nothing intimate about the Met.  Baden Baden, one of the largest opera houses in Europe, seats 2,500.

When Jed Bernstein was made head of the Lincoln Center Board, there was hope that he would bring the tourists to the Met.  This has not so far succeeded.  The Groupon audience brings more young people than usual, but the Met is paid almost nothing for these tickets.  Members of the Opera Club wonder why the Met doesn't sell remaining tickets for $15 a half an hour before showtime.  At least the artists might sing to a full house.

Fifteen years ago you had to subscribe to the Met to get a ticket.  What has changed most in the past fifteen years is the tentacular growth of the social media.  Opera does not play well on i phones or i pads.

Yet social media have created an expectation of intimate delivery.  Of course, as a recent study of Facebook shows, people who use the social media all the time are lonelier and more disconnected than other people.  Opera might be sold as filling a human need.  When it is fully realized, opera provides intimate human contact.  Young people might find connection in a live stage performance.  The experience of hearing great voices live is without parallel.

The Metropolitan Opera house is a dinosaur that no General Manager should have to carry on his back.  Clearly the HDs are not going to finance the house.  This is the dinosaur in the living room: Nothing can be done about it except break up the house into smaller venues or tear it down.

Note: Two people who are reliable contacted me after reading this article.  Apparently the 79% audience is not an accurate figure.  It is somewhere between 60-70%, and difficult to determine because the house is heavily papered by Met staff.  Also, the former general manager called the box office every Saturday night and asked for the week's figures.  Mr. Gelb has not done this once.