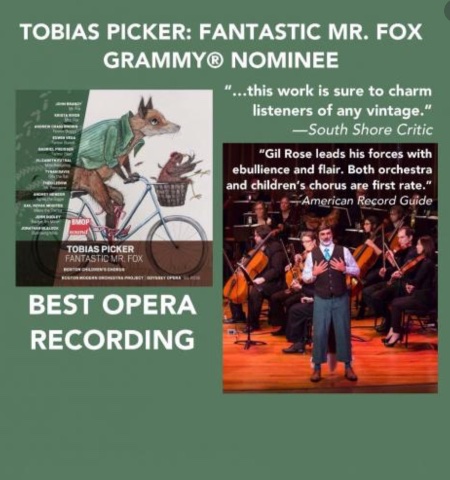 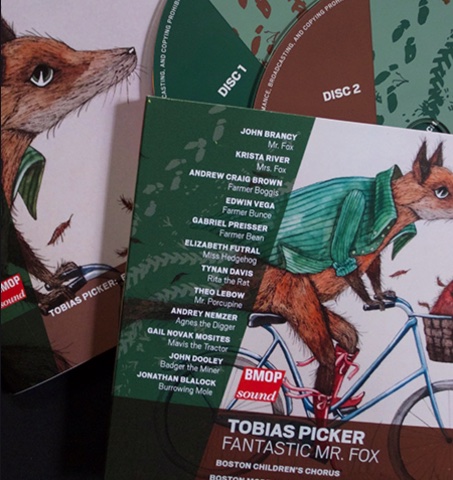 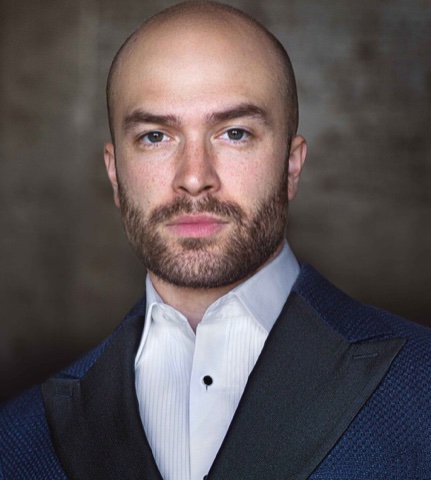 John Brancy, an important baritone on the world music scene, is Mr Fox.

Gil Rose has led the Boston Modern Orchestra Project and Odyssey Opera to success.  Fantastic Mr. Fox was premiered in 1998, a family opera, it appeals to children on one level and adults on others.

The libretto by Donald Sturrock is based on a book by Roald Dahl.  Three farmers, Bunce, Boggis and Bean want revenge on Mr. Fox for taking their chickens,  geese and  cider.  They are frustrated by Mr. Fox’s clever tactics.

Agnes the Digger is hired by Bean to get him. Instead they ruin the countryside. Mr. Fox moves to a nearby forest and joins with other animals to get the farmers.

The animals have what we think of as human traits, love, compassion and sensitivity.  The farmers are stupid, cold and calculating.  Musical themes support the forward thrusting narrative. The Boston Children’s Chorus are terrific, unphased by notes that reach high. Color and rhythm abound in the score. A recurring clarinet theme reminds one of Peter and the Wolf.  Yet the themes here are used to advance the story and not portray character.  There are busy percussion parts and a lilting tango. Complex textures are perfectly conducted by Rose.

John Brancy sings with dash in the title role. He is known as a premiere interpreter of the Art Song, but his powers of communication and intense musicality are particularly in evidence in this recording.

“Mr. Fox is such a fun character to play," Brancy said. "He needs to be brought back down to earth a lot, and that's the whole character. He’s such a dreamer and he can get anything done and he will go out of his way for everyone in the story. And everybody believes in him.

“At the same time he needs the people around him to keep him down on the ground and when he gets his tail shot off thats when he realizes, maybe I am going too fast. It kind of works in a way similar to me as a person because I have always had those people in my life that say ‘Yes you have what it takes but you have to make sure you stay genuine and you keep both feet on the ground’. It is an interesting parallel.”

Mrs. Fox’s aria in the first Act is sturdily and warmly performed by Krista River.  A love duet in Act 3 between a Porcupine and Hedgehog is evocative.

Dahl’s book is darker than the opera, with the foxes facing starvation. The music as interpreted by conductor Gil Rose and his focus is on the living, a more human fable.

We cheer the singing foxes who outwit horrible humans.  It is parable of man and nature in which a trio of nasty farmers exploit the environment and suffer revenge from the animal kingdom.  It is moving and funny as Gil Rose and his musical troops draw us in.

You can purchase the recording here.