Bach and Schumann Entrance at Carnegie 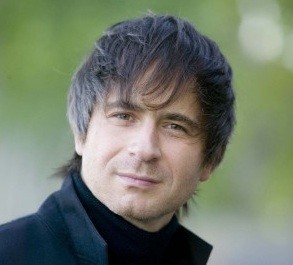 Piotr Anderszewski works his magic from the moment Carnegie Hall goes dark.  Only the keyboard of the Steinway, tinkered with and tweaked for the occasion to suit the master, is gleaming on the stage in the black hall.  All the focus will be on the music.  Even the tall, thin artist who briskly walks to his seat, is blurred.

But not the music.  Not for a moment.  As Anderszewki strikes his first notes, you perk up.  The Bach, ever beautiful, is now not only bright, but bell-like.  The pedal does not blur dampened plucks, but instead links notes and phrases we are accustomed to hear, even when they are one upon the other, as distinct strikes.  The pianist succeeds in smoothing the lines but never are they blurred.  In fact, notes ring with clarity.

Now Bach, who never had the lovely tones of a Handel, is heard as a voice, releasing one tone for the next.  The glory of the effect makes any arguments about the lack of 'pluck' seem silly.

Pianissmos emerge out of a primordial silence and dark in Carnegie. We are on a blanket of seats covered by a wide sky, black.  The only one star gleams.  It is the music of Bach and Schumann.

Clearly the artist succeeds in getting rapt attention.  There is not a breath, a cough, or a rustle to be heard.  You don't want to miss the slightest suggestion of a note emerging.

Even when Anderszewski took on Schumann, the artist did not lift his arms up high and come down hard.  He really didn't do this until the final notes of Bach at the end of the concert.  There a deliberate punctuation worked.

Mystery and magic are difficult to describe. In both the French Overture and the English Suite, the central dances lept from the artist's fingers, skipping lightly, and then proceeding with grace in the Sarabande.  The brackets, a stately introduction and then surprise 'echo' ending, displayed the infinite variety of Anderszewski's dynmic range and technical prowess.

In the Schumann Fantasy, the Beethoven quote stood out in the first part's coda.  It is from a song cycle, whose words are: Resounding through all the notes/In the earth's colorful dream/There sounds a faint long-drawn note/For the one who listens in secret."  Courting Clara Wieck, Schumann sent this message.

The audience at Carnegie received it as their personal secret, in the black warmth the surrounded us, while the lone star of this magnificent pianist not only shone, but covered the hall in beautiful notes.

But as if the say this performance was the easiest thing in the world for him, Anderszewski performed as encores Bartok folk songs and then Beethoven bagatelles, short, evanescent pieces to cap a glorious evening.