Off Broadway at Barrow Street Theatre 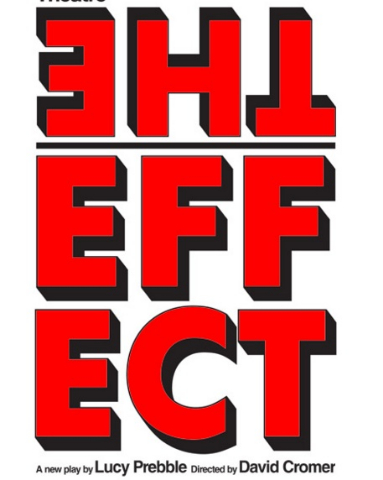 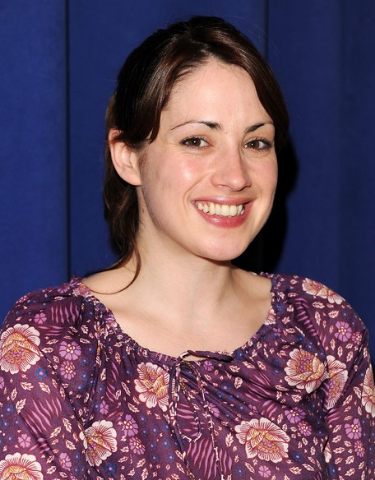 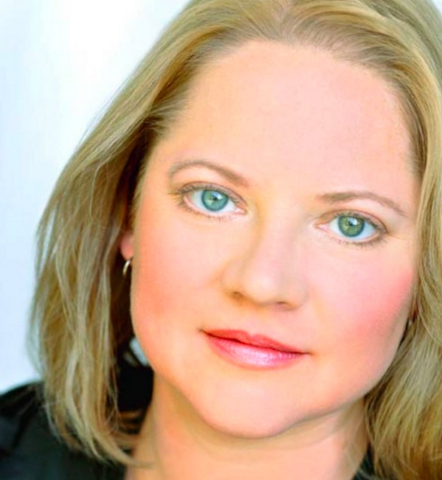 Kate Brazda us touching a a physician who can't heal herself. 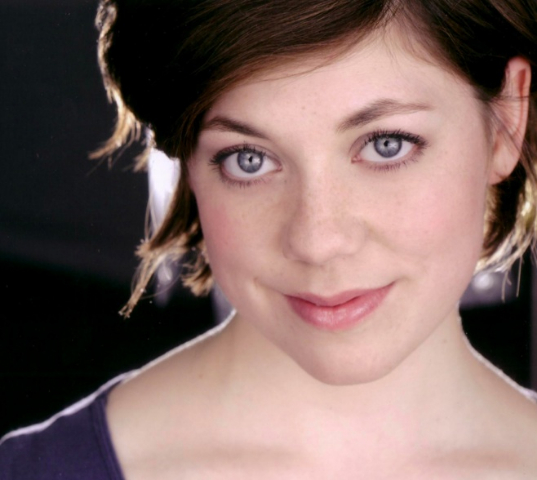 Susannah Flood is an actress of infinite variety. 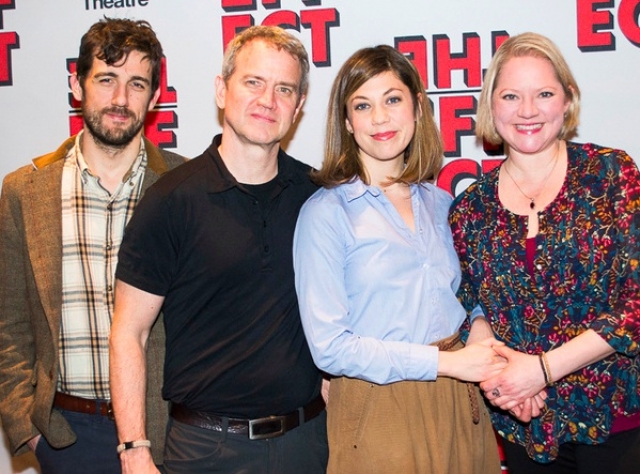 The quartet who plays The Effect.

Lucy Prebble has a knack for topical, lively and often humorous dialogue. Her themes touch on major issues in our society. Yet she is provocative without being heavy-handed.   Prebbles’ Enron played to sold out audiences at the marvelous Time Line Theatre in Chicago.

The Effect, produced first in England, is now having its US premiere at the Barrow Street Theatre. Diving into the deep issues of the effectiveness of drug therapy in mental illness, Prebbles sets her drama in a facility which is conducting a four-week, live-in trial of an anti-depressant medication.

Focus is on dopamine, naturally present in humans and aiding a sense of well-being and  love. We are left to imagine a scene in which a couple, tied together, bungee jump off a cliff and fall in love, perhaps because danger has set them on fire.

Relationships often begin with this surge. Tony, the doctor introducing the drug to market, has experienced the surge in the past with trial director Dr. James, who is now trapped in depression. Will a drug help?

Two young trial participants, not clinically depressed, have joined for the money they will receive.  Quickly they feel a lot for each other. Who is on a placebo and who isn’t becomes a matter of critical importance.

A plain set created by Marsha Ginsberg divides into sections with moving walls. These form a bland waiting room, and a bedroom launching pad for passion, which we see doubled in video. An interior common area has a huge woodland area painted on the wall.

Stage right on a screen monitoring participating patients' vitals, bright jagged lines are continuously being written. The writing is often accompanied by a nervous beeping, the behavior of hearts on display. It is hard not to see this most secret of activities. Anything exposed that way is apt to flare up and go crazy.

Director David Cromer creates interactions like dance to a quartet between the four major figures. Kati Brazda is suitably flat and firm as Dr. James as she conducts the trial. Steve Key as Dr. Toby is both realistic and sleazy. He is more interested in the acceptance of this drug than its efficacy or necessity.

Carter Hudson and Susannah Flood play the couple who are either juiced up by the heat either of first attraction or the trial drug. Further confusion: is one of them on a placebo and in an untrustworthy euphoria?

Hudson as Trist has a seizure and sees auras during what may be a near death experience. Or maybe he’s just an innocent, energetic and showing off. Flood has an infinite variety of gestures and expressions. She is a surprise and delight to watch as her voice sometimes goes wobbly. Her mouth, silent and agape, suggests horror, surprise and speechlessness.

Are these people experiencing new sorts of things or having new reasons for doing them?

The pure pleasure of the unfolding issues of the trial is enhanced by first-rate performances.

Lingering as the show ends are the questions first raised by Dr. Benjamin Rush in 1812.   He is credited with being the father of American psychiatry and worried that nosology, or the naming of various moods and traits as diseases, would hurt humans more than help them.

To Rush's questions, Prebbles adds fundamental concerns about who we are. Sobering, but also hopeful, The Effect is a thoroughly engaging evening of theatre.