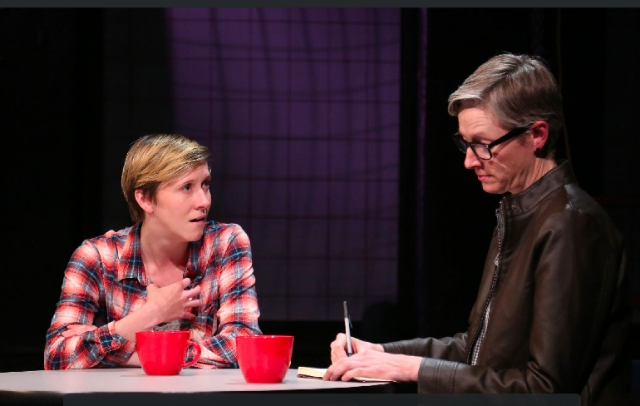 A wife describes her loss 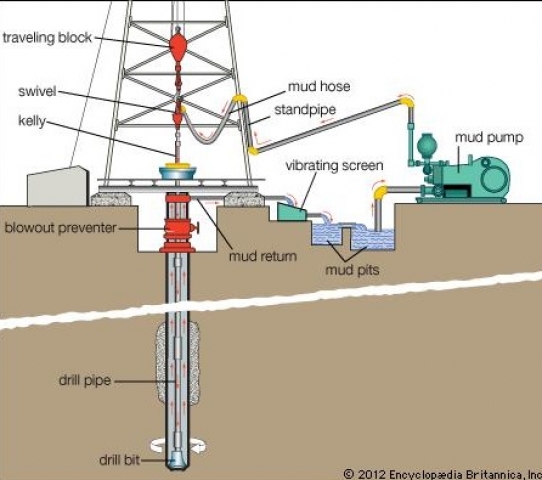 How to drill, baby, drill. 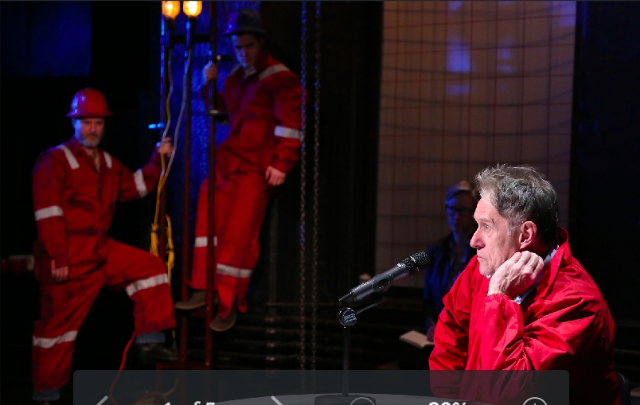 Could it have been different? 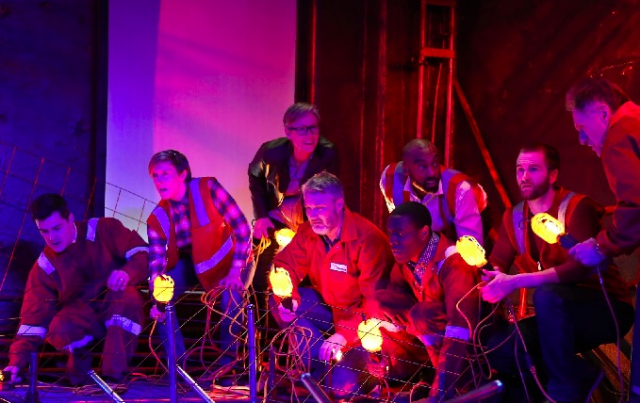 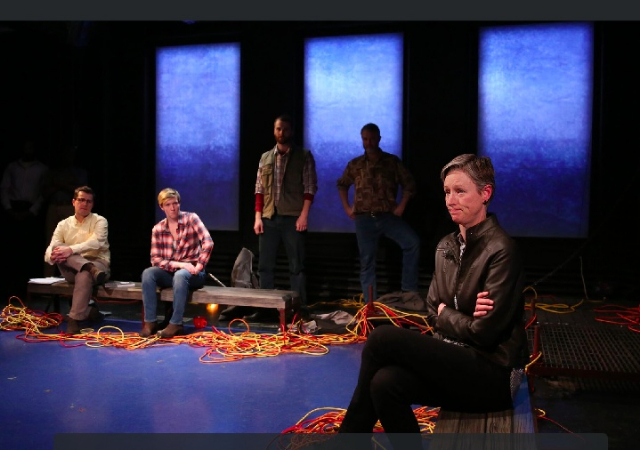 Spill makes clear its theatrical origins in the first minutes. In 2000 British Petroleum launched a green campaign to show it as an environmentally friendly company.  The green portion of the business was tiny, but BP, in the capable hands of the advertising agency Ogilvy and Mather, convinced investors otherwise. Now the wife of one of the men killed in the Deepwater Horizon oil rig blowup is being interviewed. Slowly characters appear on stage and speak in bits and pieces about the events she describes.

Soon the full cast is in action, their voices interwoven, forming a chorus of participants in this country’s largest environmental disaster.

The truth of the matter was that BP was deep into oil drilling and safety was the least of their concerns.

Ironically, on the day of the Deepwater disaster, BP executives were on board the rig spurring the men on to get the job finished sooner rather than later.  Each day costs $525,000.  The man who was heading for the top position on the rig did not want to speed things up and risk lives.  He had been keeping a record of the incorrect procedures being done on the rig in response to BP’s pressure to finish the well.  When he died, his record went with him.

Leigh Fondakowski has bracketed the story with the widow's tale and because her marriage was so solid and joyful, her husband's unnecessary death is doubly affecting.   The rhythm of the second act, which focuses on efforts of BP to stem the flow of oil from the well, is not dramatized with the same force as lead up to the explosion.  Yet this is a work in progress and a compels even as it lumbers along.

Much is made of mud.  Mud carries rock cuttings to the surface and also lubricates and cools the drill bit. This drilling mud helps prevent the collapse of unstable strata into the borehole and the intrusion of water. When mud doesn't work, disaster is at hand.

Werner Herzog’s apocalyptic and mesmerizing documentary of the oil fire in the fields of Kuwait after the Gulf War, accompanied by the Verdi Requiem and finally Wagner’s Gotterdammerung, caught the beauty of oil on fire and its horror.

The seduction is and continues to be not the beauty of the fire, but cheap oil, where we are count only the cost at the pump.  The concern about how we drill and what we risk when we do has not come forcefully forward.

The oily environmental disaster in the Gulf drew closer scrutiny of BP's record. BP has been at the center of some of the worst oil and gas-related disasters in the U.S.

About a year after the Texas City accident, around 4,800 barrels of oil leaked into the snow around a pipeline in Alaska's Prudhoe Bay. BP had been warned by one of its own quality assurance specialists that they could expect a potential catastrophe from the corroded pipeline, but the company ignored the reports until it was too late.

In May, 2008, BP was one of eight big oil companies to settle a lawsuit brought by more than a hundred public water providers, who charged that the companies' activities led to widespread contamination of public groundwater sources with methyl tertiary butyl ether.  The companies jointly paid $423 million in cash, and agreed to pay 70 percent of future cleanup costs over the next 30 years.

Despite, or maybe because of, its history of fatal accidents, environmental disasters, fines and public deceit, BP is still trying to greenwash its image. As the President of BP stumbles through explanations on stage, we wonder why he is listened to at all.

Leigh Fondakowski helps us keep fresh BP's desecration of one of the nation's most beautiful natural resources: the Gulf coast.  This is an important play.