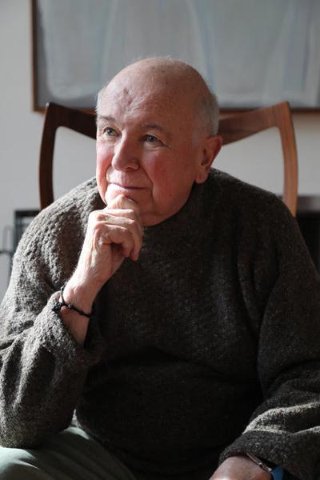 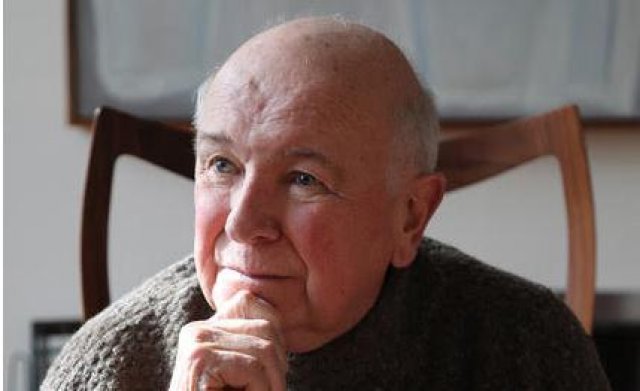 McNally succumbed to complications from COVID-19, the disease caused by the coronavirus. He was a lung cancer survivor who also battled chronic obstructive pulmonary disease (COPD).

The playwright’s works focused on topics and themes such as the difficulties of and urgent need for human connection, opera, the classic arts, living as a gay man in modern times and queer culture.

A much-lauded playwright, McNally was inducted into the American Theatre Hall of Fame in 1996. The New York Observer called him “one of the greatest contemporary playwrights the theater world has yet produced.”

Throughout his career, McNally won several other Tony Awards for his writing. Most notably, he was recognized for writing the book for Kiss of the Spider Woman in 1993 and five years later, received a Tony for his book for Ragtime.

While his work on this art form earned him praise, his love of music also manifested itself through his much-lauded straight plays. For example, he won a Tony for Master Class, a fictional tale focusing on real-life soprano Maria Callas and her students.

In addition, McNally earned a Tony for his play Love! Valour! Compassion!  The piece is a character study of eight gay friends including a Broadway choreographer and a musical theater-loving costume designer.

In his plays The Lisbon Traviata, Prelude and Liebestod, Golden Age and Frankie and Johnny in the Clair de Lune, McNally incorporated specific passages from opera and the classical arts.

Even though some might associate McNally solely with theater, he also focused on opera. Specifically, he wrote the books for three Jake Heggie-composed operas,  "Dead Man Walking," "Three Decembers" and "Great Scott." Based on the book by Sister Helen Prejean that was later turned into an award-winning film of the same title, "Dead Man Walking" will enjoy its Metropolitan Opera premiere next year.

Regarding his interest in music, McNally told Playbill that he considers himself a “musical person. I responded to opera at a very early age. It was like ice cream; I just heard it when I was 10-years-old, and I loved it. It’s been a great companion in my life, and I hope my writing can, in a sense, be operatic. I’m very aware of musical form when I’m writing.”

Indeed, through his pieces, one might hear melancholy “music” in connection to themes such as loss of innocence and the effects of oppression. This is particularly true for the plays, And Things That Go Bump in the Night, and Where Has Tommy Flowers Gone?

Also, musical notes of mourning pervade plays such as Lips Together, Teeth Apart, and Mothers and  Sons. Both depict the loss that members outside the LGBTQ community felt when their family and friends succumbed to AIDS.

Mothers and Sons was the first Broadway play to depict a legally married same-sex couple, a testament to the progress LGBTQ couples had made and the hardships they had to endure during McNally's long career.

“I can’t believe the New York I came to in 1956 as a freshman at Columbia, when there were maybe two gay bars, and you made sure no one would see you before you darted in,” McNally said last year. “There’s a long way to go for America, but I think we’ve made huge steps for gay rights, and I’m not worried about them being pushed back into the closet. People are out for good, and I hope it makes adolescence easier for a lot of young men and women. I think it already has.”

In addition to McNally’s six-decade career writing plays, musicals and operas, he also penned screenplays, teleplays and a memoir. According to McNally, theatre’s most important function is to create community and bridge rifts.

But while McNally believed one of live theater’s purposes is to create unity, at least one of his works sowed controversy. Namely, his 1998 play Corpus Christi caused protests. In particular, protesters denounced his use of Jesus and his Apostles to explore the dynamics of gay men and the marginalization they face.

Specifically, the play depicts Jesus and the Apostles as gay men living in Texas during the not-too-distant past (McNally wrote it in 1997). The Catholic League, a Roman Catholic watchdog group, condemned the piece. They viewed it as blasphemy, sacrilege and anti-Christian bigotry.

A proud gay man, McNally reportedly received death threats at that time. While the play was initially canceled, producers reinstated it after other playwrights and supporters counter-protested.

Its critical reception was mixed. The New York Times’ Ben Brantley reviewed the play in 1998. He opined that Corpus Christi was about as “threatening, and stimulating, as a glass of chocolate milk” and a “lazy” piece of writing.

By contrast, The Times’ Jason Zinoman, reviewing the revival, wrote that “there are moments of hard-won sentiment that will win over the biggest skeptic.” Moreover, the play is “an earnest and reverent spin on the Jesus story, with some soft-spoken, gay-friendly politics thrown in.”

McNally’s advocacy for equal rights for members of the LGBTQ community was often recognized. Queerty, an online magazine and newspaper covering gay-oriented lifestyle and news, named the playwright as one of their Pride50. It's a list of “trailblazing individuals who actively ensure society remains moving towards equality, acceptance and dignity for all queer people."

When McNally received his 2019 Lifetime Achievement Tony Award, he told the audience, “I love it when I remember the artists who try to help us understand the devastation of AIDS even when they were stricken with it themselves. I love it when I remember theater changes hearts – that secret place where we all truly live. I love my playwright years: past, present, and especially future.”

Responding to the news of McNally’s death, renowned performer Chita Rivera reacted on Twitter.“A huge part of me is gone,” she wrote. “But then it’s not. Terrence wouldn’t like that. He helped to make me who I am as a person. He is the epitome of love and friendship. Only God knows how much I will miss him.”

Meanwhile, Hamilton librettist, composer, lyricist and original star Lin-Manuel Miranda responded: “Heartbroken over the loss of Terrence McNally, a giant in our world, who straddled plays and musicals deftly. Grateful for his staggering body of work and his unfailing kindness.”

Signature Theatre wrote on its twitter account: "We lost a legend of the American theater and a friend of Signature today. He was “a kind man and an undeniable talent. Terrence McNally will be greatly missed.”

In fact, “there will never be another one like him,” performer Cynthia Nixon wrote.” He was a “virtuosic playwright, fearless LGBT activist, and steadfast friend.”

For performer Jason Alexander, McNally’s death hit home personally.“We lost a great artist today,” he wrote on Twitter. “I worked for and with Terrence McNally twice in my life and they were two of the greatest experiences I’ve ever had. His work was vital, intense, hysterical and rare. My hope is that he will inspire writers for years to come.”

In Every Act of Life, a 2018 documentary chronicling McNally’s life and career and available through digital streaming and on-demand platforms, a voice opines: “Terrence is able to get to the core of the human condition in so many different ways. I defy you to name another playwright who can do that.”

McNally is survived by his husband Tom Kirdahy, a Broadway producer and former civil rights attorney, who was his longtime parnter, as well as several other family members. He was a member of the Board of Trustees for Broadway Cares/Equity Fights AIDS and his family requests memorial donations be made to that charity as well as to the Dramatists Guild Foundation.