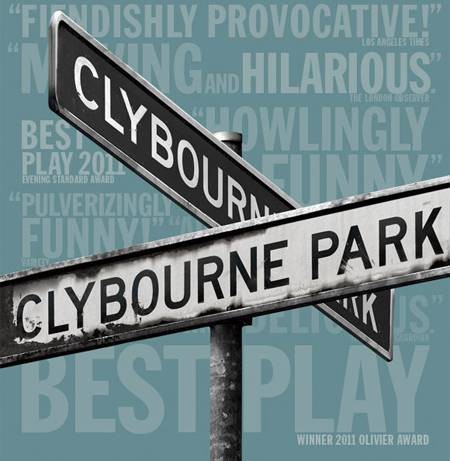 Coming soon to a theatre near you. 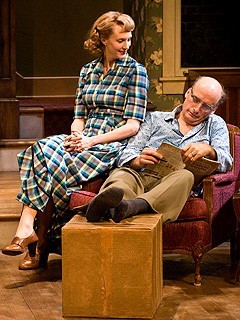 Bev (Christina Kirk) and Russ (Frank Wood) are packing up and moving from the Broadway production. 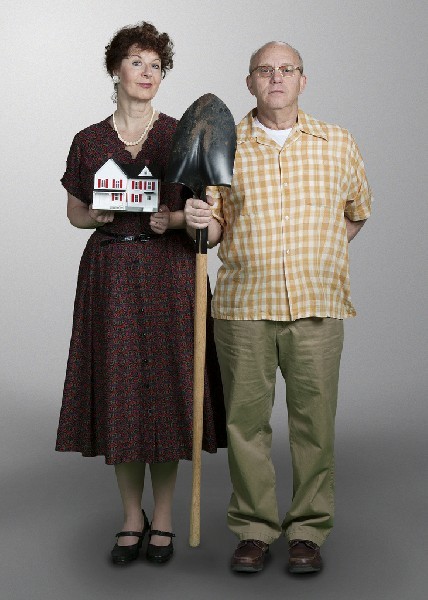 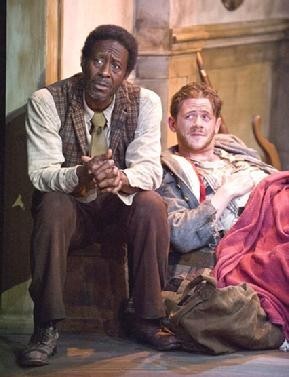 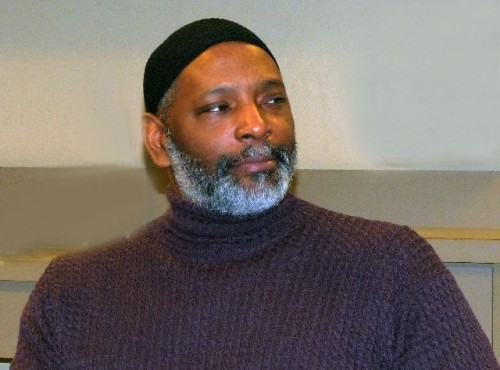 David Alan Anderson starred as Simon in the Indiana Repertory Theatre production of The Whipping Man. 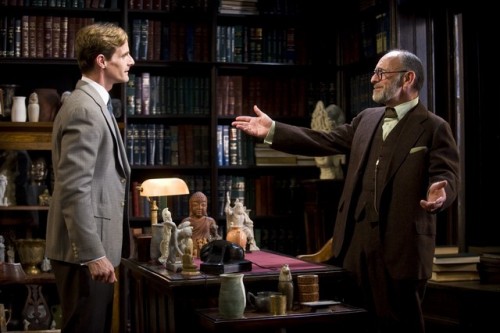 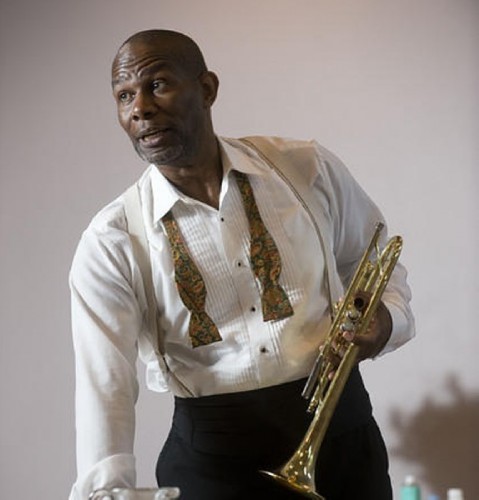 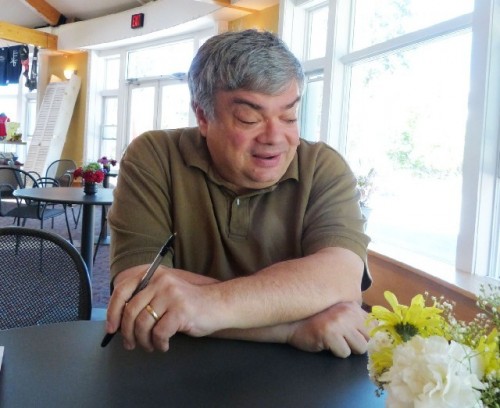 In 2010 Barrington Stage Company, in Pittsfield, Mass presented The Whipping Man by Matthew Lopez. It was staged in the smaller of two theatres now known as the Mark St. Germain after its board member and associate playwright.

Last week, during a meeting of American Theatre Critics Association (ATCA), we saw another production of The Whipping Man at the Indiana Repertory Theatre in Indianapolis. Both productions were excellent with the Indy one far more elaborate in a larger venue. More like Barrington’s main stage.

This year there are 15 productions of Whipping Man in regional theatres all over America.

From September 26 through October 13 Barrington Stage announces that it will present Clybourne Park. It is a co-production with Vermont’s Dorset Theatre Festival where it will run from August 15-31. There is an assumption that the geography is such that audiences will not overlap.

For Berkshire Fine Arts we will post our third review of Clybourne Park. I covered it on Broadway, while Mark Favermann reviewed it in Boston. Had the timing been different we might have had a review of an Indianapolis production where it opens soon. (Since this was posted our new Indianapolis correspondent, Melissa Hall, has reviewed Clybourne Park.)

The Barrington production of Clybourne Park is scheduled for the fall shoulder season when the company programs works with outreach to regional schools. Last year that meant Lord of the Flies while other productions included The Crucible and The Laramie Project.

A short list of popular shows begs the question of the current status of regional theatre in America and the performing arts in general. A part of the dialogue is the role of state and federal funding of the arts which in these hard times, and consistent pressure from the likes of Paul Ryan, The Tea Party, and conservatives in general, has eroded to the bare minimum.

The argument was often made in the past that the combined NEA and NEH funding amounted to less  than the budget for military bands. Now even those marching bands are likely to have cutbacks.

The conservative mantra is opposition to tax dollars being spent on the arts. That is the responsibility of the private sector and corporations. This varies from city to city and community to community.

In the population 80,000, city of Carmel, Indiana, for example, we were astonished to visit the $125 million performing arts complex which opened in 2011. The visionary mayor, Jim Brainard, presented a compelling argument to the ATCA group that the arts are a good long term investment for a community which is vital and expanding.

With across the board budget tightening that means that arts education in public schools has been cut back or eliminated. Sports programs have been retained with parents expected to pay some of the costs for their children to participate.

What happens when kids don’t grow up with broad exposure to the arts? They are the future audiences that are vital to sustaining the arts in America.

In order to survive arts organizations are mandated to seek public support from an over tapped resource of private donors and corporations. Before a performance of Dance Kaleidoscope in Indianapolis we were surprised when the artistic director, David Hochoy, thanked the company’s major corporate sponsor, The Indianapolis Colts. Mind boggling!

A consequence of  economic pressures on the arts is a sameness of programming.

Is the enormous effort to stay afloat worth it when every dance company depends on an annual run of The Nutcracker and every symphony orchestra performs its chestnuts season after season?

The result is the graying of audiences which are dying off. Looking about in The Shed at Tanglewood, for example, the median age is about 70. During the Holiday season the grand parents delight in taking the kids to see The Nutcracker.

Some years ago I spent a week in Copenhagen. Visiting the Royal Danish Ballet I enjoyed a performance of Swan Lake. The following night our group was scheduled for a  Live Sex Show. I informed the organizer that I wasn’t interested. There was an extra charge to see a couple copulate in a storefront. Concerned that I would be alone for the evening I was given a free ticket to see the Royal Danish Ballet.

I informed that kind person that I had been to the ballet the night before. “They are doing something quite different which I think you will enjoy” she responded.

Indeed. It proved to be a nude ballet based on the novel On the Beach. So I got my live sex show after all for free.

During the season of Jacob’s Pillow Dance Festival we experience cutting edge companies from all over the world. From France we have enjoyed superb companies from Lyons and Avignon and not just Paris. For several years the Mark Morris company was resident in Belgium.

In general there is more experimental performing arts in Europe than in America. That is a direct function of government support.

Not to say that it does not exist in The United States. Through a New York theatre bloggers group we receive an average of a dozen invitations a week. When visiting Chicago with ATCA, last June, we were astonished to learn that in addition to  established companies – The Goodman, Steppenwolf Theatre Company, Lookingglass, and Chicago Shakespeare Theatre- there are some 200 other companies.

The Wall Street Journal critic, Terry Teachout, AKA America’s Theatre Critic, often states that there is superb theatre being presented all over the country; on the same level as what he reviews on and off Broadway in New York.

Networking with ATCA critics I was told that there is vibrant theatre in South Florida, from Palm Beach to Miami, but it entails a lot of driving. We have enjoyed reposting the California reviews of Jack Lyons. The ambition is to expand our coverage by networking with other regional critics and posting releases. We also have regular arts coverage from Mark Favermann and David Bonetti in Boston, Susan Hall in New York and Chicago, Angelica Jansen from Europe, and David Wilson wherever he happens to be.

Arguably, Teachout does not fly around the country reviewing productions of Clybourne Park and Whipping Man.

It is entirely unfair to draw broad conclusions about the arts in Indianapolis based on a visit of just five days. But a good portion of what we saw was readily available elsewhere- The Whipping Man, the musical 9 to 5 at the dinner theatre Beef and Boards, and The Lyons at Phoenix Theatre.

You guessed it Clybourne Park (April 4 through May 5) follows The Lyons at Phoenix. To be honest the rest of the Phoenix season includes Dos Fallopia, 4000 Miles, and Love, Loss and What I Wore.

Had we more time to spend in Indy, or returned more often, we may well have gotten a very different impression of the arts community. We are in dialogue with an Indy critic so we may well have more sustained and in depth coverage in the future.

It was refreshing on Sunday morning, when a number of ATCA members departed early to escape an unseasonal blizzard, to have a program hosted by IndyFringe Theatre. There was a panel that represented Fringe in Indy, Saint Louis and Cincinnati. It was insightful to learn of their commitment, experimentation and struggles. Particularly, a comment on The Brain Drain in Saint Louis and the problem of retaining talent when there is so little work. The artistic directors discussed how they give a chunk of their box office to the performers, many of whom work two and three jobs to sustain their lives in the arts.

Of course there is another side to this discussion. If there are 15 productions running of The Whipping Man that means that, at least for now, playwright Matthew Lopez is paying his rent. In the past few years we have had an ongoing dialogue with Mark Saint Germain who has had a good run with national and global productions of Freud’s Last Session. His Best of Enemies is gaining momentum with regional theatres and there are plans for his Dr. Ruth.

Last summer, Teachout mounted his first play Satchmo at the Waldorf, starring John Douglas Thompson, at Shakespeare & Company. It then moved to Long Wharf in New Haven and on to Philadelphia. There are plans to take the show into New York. In the meantime Thompson performed in a yet to be released film The Glass Jaw. Currently, he is in LA at the Mark Taper Forum for August Wilson’s Joe Turner’s Come and Gone. It is the show, which he saw at Yale, that inspired him to pursue a life in theatre. After LA Thompson returns to the Berkshires for Mother Courage with Olympia Dukakis at Shakespeare and Company.

By now you may have noticed that my argument about the rehash and conservative tendencies of regional theatre has come full circle. The king is dead. Long live the king.

There are an enormous number of talented, committed and hard working individuals all over America sustaining the arts through their blood, sweat and tears. If they are earning a living rehashing Broadway well, mazeltov.

The caveat is a jaundiced eye to the future. The bottom line that everyone talks about is audience development. Just how do we lure the next generation to participate in the arts? It’s the old argument of guns vs. butter.

Particular during hard times the arts are the food that feeds our souls. A necessity rather than a luxury.

Barrington Stage Company will present the Tony Award and Pulitzer Prize-winning play by Bruce Norris, Clybourne Park, as its fall production from September 26 through October 13.

Directed by Giovanna Sardelli (BSC’s The North Pool and Lord of the Flies), Clybourne Park is a co-production with Winner of the 2011 Pulitzer Prize and 2012 Tony Award for Best Play, (Dina Janis, Artistic Director),with Vermont's Dorset Theatre Festival where it will play August 15-31.  Sardelli is directing both productions.

Winner of the 2011 Pulitzer Prize and 2012 Tony Award for Best Play, Clybourne Park is a provocative and wickedly funny play about race, real estate and American values.  Act One takes place where the 1959 A Raisin in the Sun leaves off: with a white couple selling their home to a black family and causing uproar among their neighbors.  Act Two takes place fifty years later with a black family selling the house to a white family who believe in urban gentrification – or do they?

Tickets are on sale now by calling 413-236-8888 or online at www.barringtonstageco.org

Performances of Clybourne Park are Thursday at 7pm, Friday and Saturday at 8pm, and Sunday at 3pm. Additional performances Saturday, October 5 at 2pm and Sunday, October 13 at 7pm. Press Opening: Sunday, September 29 at 3pm. Tickets start at $20. Low-priced previews on September 26 - 28 are $15/$20.  Seniors: $25 all matinees. Youth 18 and under $15 all performances.  Additional matinees for student groups are scheduled. Contact Janie LaBrasca, Group Services, at 413-499-5446 for more information.