Rinaldo Presented by The English Concert

A Parade of Singing Stars at Carnegie Hall 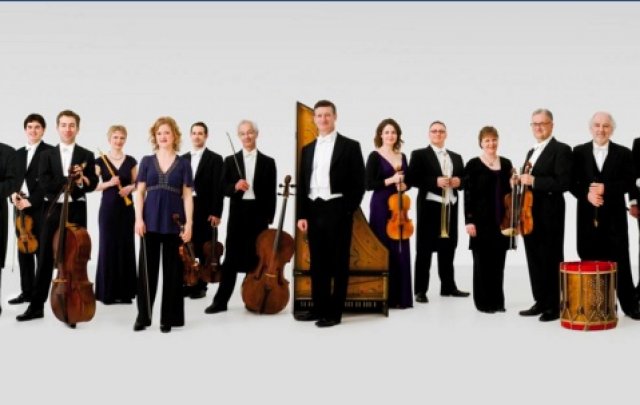 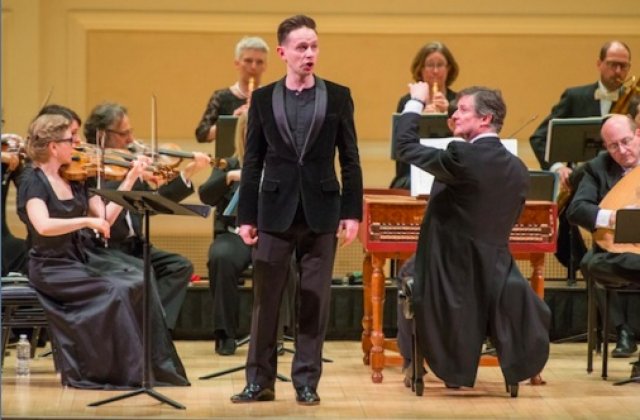 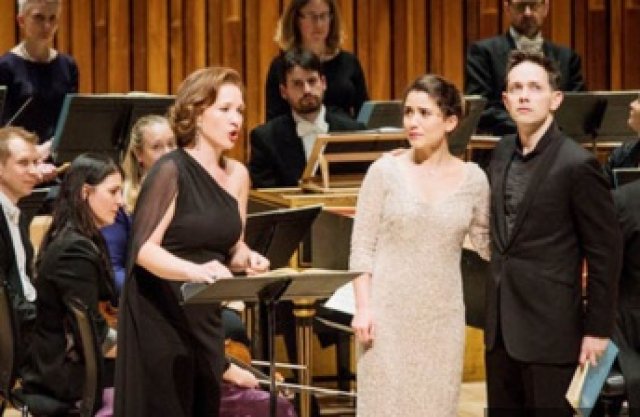 Cooke, Harvey and Davies trying to work things out in RInaldo

The arrival of The English Concert at Carnegie Hall is an event that creates excitement in New York. This year, since many people have been induced to listen to Baroque music sung by the world’s most exciting countertenor on Broadway in Farinelli and the King, interest is heightened. Carnegie Hall was packed.

Sasha Cooke displayed her gorgeous tones and insightful approach to character as Gofreddo. One could imagine a sleek black uniform, with a weapon slung over one shoulder as a veil like a shield draped down only one side.

Luca Pisaroni, as Argante took over the entire stage as he entered, announcing his arrival with legs firmly splayed out. He asks for the three-day truce to resolve matters.

Isetyn Davies as Rinaldo enters to sing a love duet with Joélle Harvey as Almirena. How could he resist the swirling grey sequins accented with stripes of a darker grey and a voice from heaven.   He can hardly focus on his role as leader of the Christian forces he is so overwhelmed by passion.

Jane Archibald is disguised in seemingly innocent white sequins, the form-fitting gown belying the fact that she has arrived from hell in a chariot pulled by dragons. She is determined to take Rinaldo out. His elimination is the key to her victory. She relishes her self-assigned task, yet wilted with grace at the end.

Iestyn Davies, who has created the singing part of the Farinelli character in Claire Van Kampen's play, started his career studying anthropology. During a lecture, he thought to himself: what am I doing here? He had begun singing counter tenor in his teens.

In 2010, Davies first arrived in New York in Partenope, cast by George Steel at the New York City Opera. From the start, his voice thrilled. We wrote at the time that "Partenope is a wonderful launching pad for Davies' agile and elegantly expressive voice.   He seems a natural. Davies brings down the house. Senesino (an 18th century megastar) was reportedly a great Arsace, although his 'g' appeared rarely and in later years he did not go above 'd.' We heard a new Senesino, without those limitations, in Davies."

Iestyn Davies then showed up at the Lyric Opera of Chicago’s production of Rinaldo in 2012. Davies was cast in the role of Arsace, the religious fanatic who is Rinaldo’s sidekick. "His pure tone, firm pitch and clean projection characterized his performance throughout...he started life as a bass." Davies had by then sung counter tenor in Handel operas from Vienna to Zurich, and continued at Le Grand Theatre in Bordeaux, Vienna, the Theater an der Wien  and La Scala.

He made his New York concert debut in Weill Hall. Composer Nico Muhly noted at the time that he was completely swept by Davies. Davies will appear in the new Muhly opera Marni this fall.

Davies is innately musical, and casts a line with perfectly expressed dynamics, from low to high, and soft to piercing. His is a voice for the ages.

James Hall, who has performed the singing role in Farienelli when Davies rested, is a superb counter tenor as Arsace. His voice has weight and yet clear as a bell.

Under Harry Bicket’s baton, the English Concert mounted this concert version of the opera in Carnegie Hall.  There is something magical about the rubatos the conductor creates at the end of sections and the immediate uptake of the succeeding section. The audience goes wild, 18th century style. No one can get enough of Davies and the other singers. Davies and Hall go off to the last performance of Farinelli. These events have whetted the public appetite for beautiful singing. Let’s hope the notes sticking on the Carnegie ceiling will bring in new audiences who have been seduced by gorgeous voices.