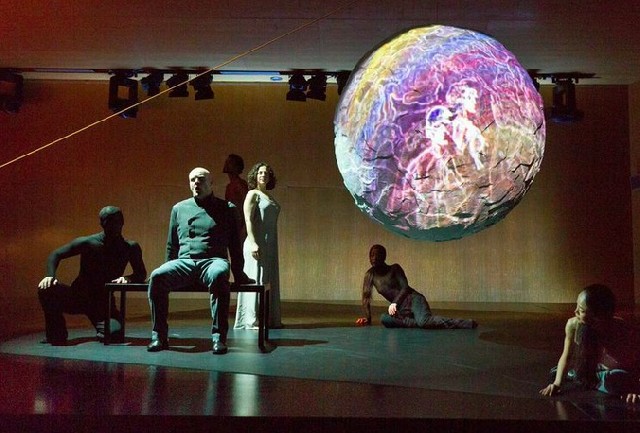 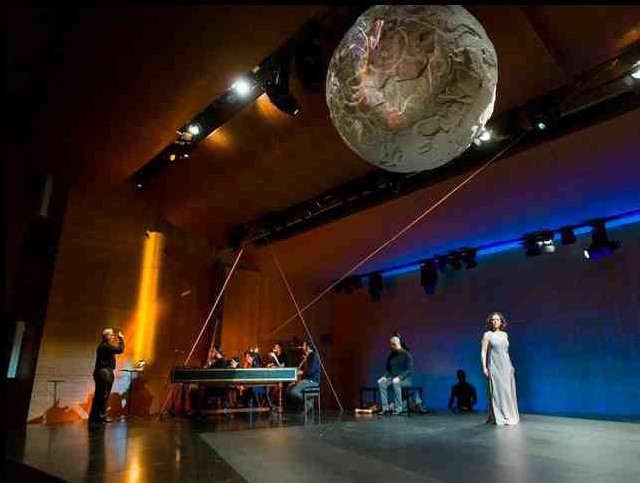 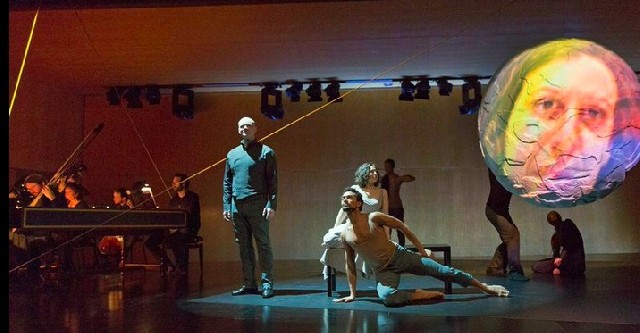 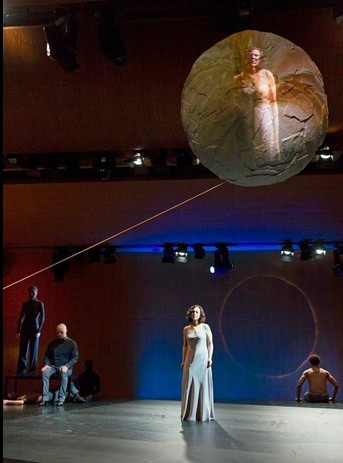 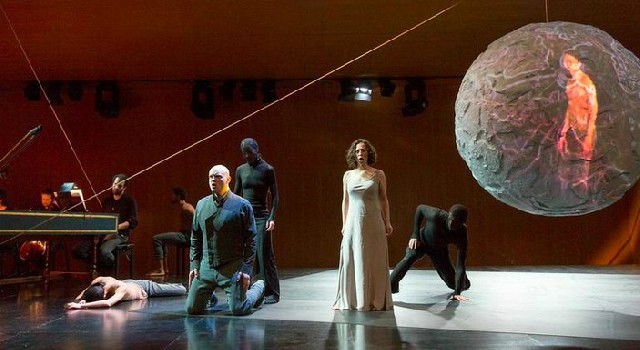 The Gotham Chamber Opera mounted a charming, daring production of songs from The Tempest, Shakespeare's musical.  Lyrics have lingered for four centuries:  'Full fathom five thy father lies,' and 'We are such stuff as dreams are made of.'  Indeed: The lilt of the language,  the haunting phrases that once discovered never leave, were delivered as a three dimensional universe of song.

The suffering of Prospero in tandem with his magic were delivered with unique impact by the lovely voices of Jennifer Zetlan and Thomas Richards.  Both mimicking and extending their reach were dancers from the Martha Graham troupe.  PeiJu Chien-Pott seemed to take the music into her body and let it flow out in gesture, like a subtle line to a phrase.

Jennifer Zetlan warmed to a birdlike Miranda, blending in with the landscape of her island home; sometimes agonized and at others blissful.  We should all hear more of Thomas Richards, whose bass is rich and yet pure.

Neal Goren has a spot on detector for talent, particularly talent from whom we haven't heard enough.  Kaija Saariaho is well-known in Europe and deservedly so.  In The Tempest Songbook she takes Purcell's songs (which Shakespeare may have used) and jumps off from them, creating a world of her own that is anchored to the time and the play.  As she began to write for the human voice, Saariaho developed the melodies oriented to modality and repeated patterns we heard in The Tempest.  We eagerly await a production of her monodrama Émilie based on the life of French Marquise Émilie du Chatelet, physicist and mathematician, and mistress of Voltaire.

Goren conducts his orchestra, including an archlute plucked by Dieter Hennings, the dancers and the singers, as the entire earth hovers above.  Directed and choreographed by Luca Veggetti, the small stage expands to include a riot of the human emotions.

And now for the orb.  This twirling sphere is ever present as the thirteen songs are presented.  But it is never the same.  The geometric shapes projected on it are sometimes the torrents of storm water and at others very neat circles.  The singers' images emphasize the color of a song.  Dancers are captured often mid-action.  As busy as this brilliant globe designed by Clifton Taylor with video projections by Jean-Baptiste Barriere is, it never distracts from the music, the human voices and the dancers, dead and alive.

Neal Goren and his Gotham Chamber Opera are indispensible to New York opera.