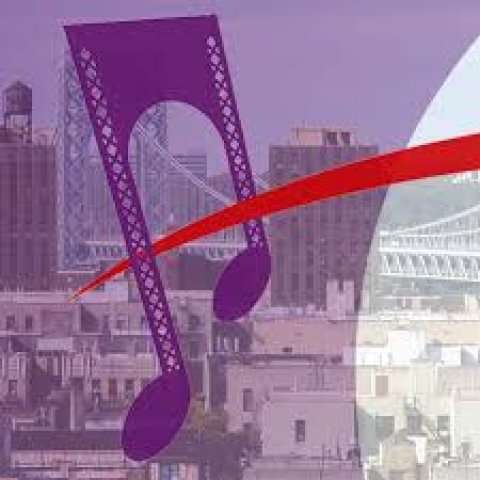 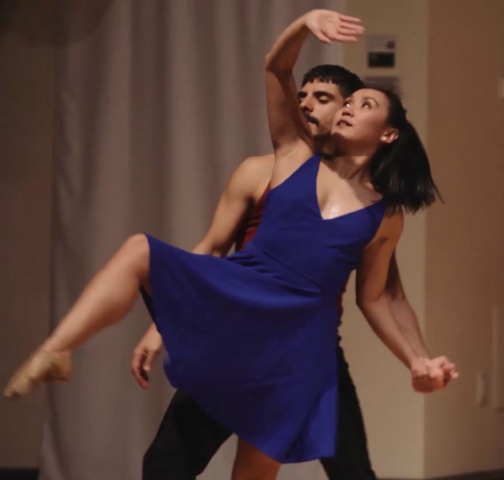 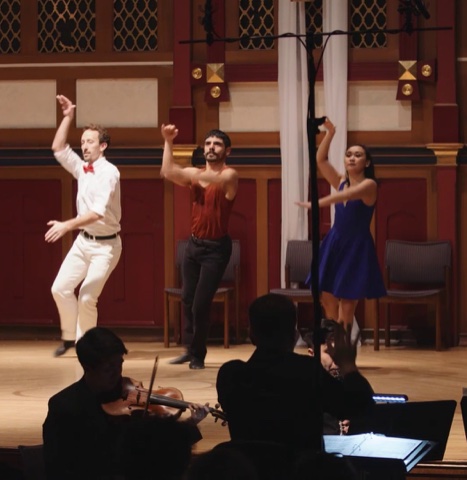 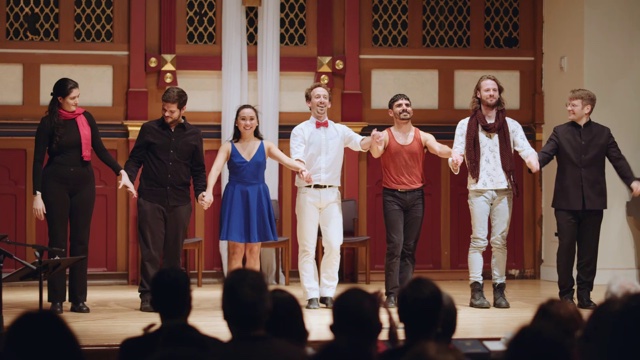 Stravinsky composed this multi media piece in 1914.  Using speech, mime and dance accompanied by a seven piece band, we hear ragtime, tango, and other modern musical idioms combined in a series of highly infectious instrumental movements.  Washington Heights Chamber Orchestra performed the piece, with an updated libretto they commissioned. It is delightful to hear, even long distance.

The original libretto by Swiss novelist C.F. Ramuz has been translated into a bi-lingual story, tossed back and forth by the talented actors who speak to the music when it underpins them, and create their own rhythm when it does not. Yet the realistic and poetic Ramuz is always peeking through.

Ramuz was a city boy, highly educated and refined. H could write about rustic people like the soldier in deliberately simple and earthy language. Before the First World War, he spent a few years in Paris, mingling with painters and poets. There he struck up a friendship with Stravinsky.

Rhythm is the primary focus of La Historia del Soldado, and conductor Chris Whittaker makes the most of asymmetrical meters, incredibly complex syncopation, and intricate cross-rhythms. Both choreography and instrumentalists lend a disjointed and incredibly interesting sense of time to the work.

La Historia opens with a march, appropriate for a traveling soldier.  A suite of three dance movements: an infernal tango, a waltz, and a ragtime number follow.  In contrast to the dance forms, Stravinsky also composed two chorales, which celebrate the soldier’s temporary triumphs over the Devil. The subtly clashing dissonances diverge from the orderliness of church music and tip off a bad end for the soldier's Faustian pursuits.

The demonic “Dance of the Devil” foreshadows the final number, the so-called “Triumphant March of the Devil”, which ends the piece as the percussion fades out. The soldier crosses the boundary to fall once again to his adversary.

Billy Smith’s choreography used the performance space with daring. The aisles provided march routes. The nave area offered a wide space for the dancers to twirl like tops when the band sounded curiously like a Charles Ives’ town square.  Here the princess, waking from illness, captivates in invitational arm gestures and toe dancing which could not have been more elevated in toe shoes.

La Historia del Soldado is a rollicking musical story. The temptations of the devil are never without consequence, many of us have learned almost too late.

The Orchestra commission the new bi-lingual version was successful. Spoken with its own rhythms, words beat with the instrumentalists when they underpinned, and followed its own special beats when words stood alone.

Washington Heights Chamber Orchestra is a talented group of musicians with ambitious programs.  Follow them, streaming if not live.