Last Folio at the Museum of Jewish Heritage 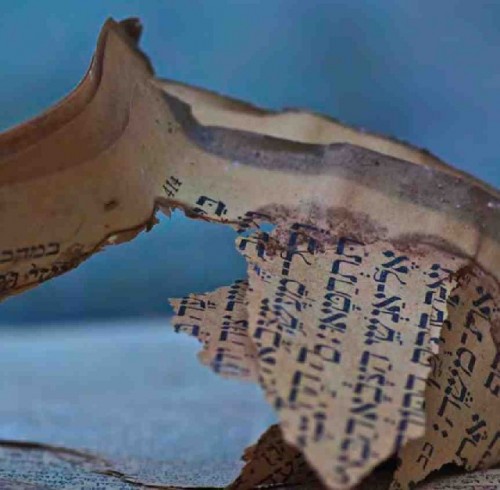 Portraits of cultural objects preserve them. 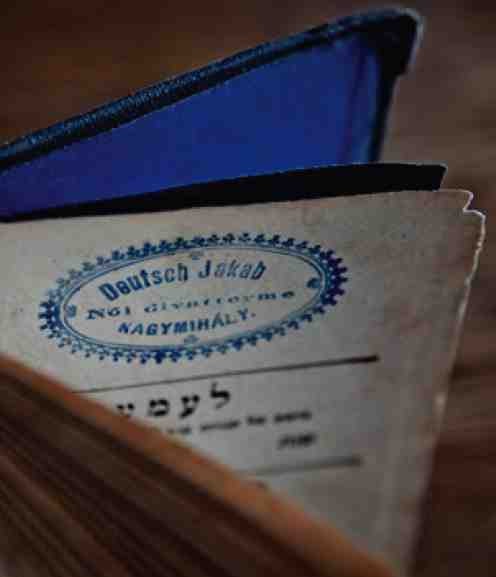 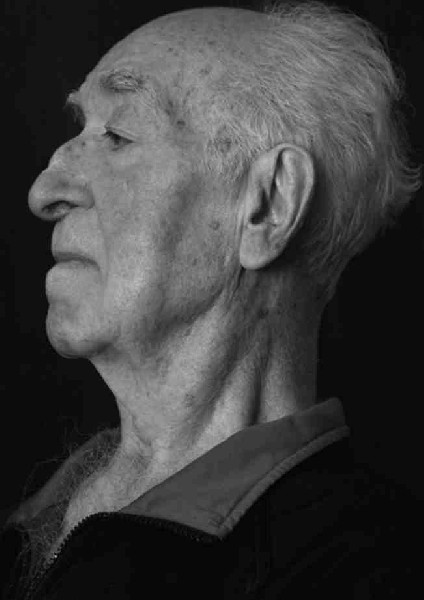 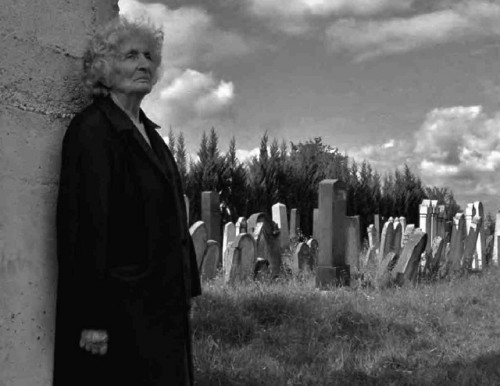 Almost 70 years after the day, March 25th (1942), on which the first trainload of 1000 young Jewish women were deported from Slovakia to Auschwitz, an extraordinary exhibit of portraits opened at the Museum of Jewish Heritage in lower Manhattan.

A short tunnel leads you into a rotunda exhibit space where ceiling windows provide natural light.  In the tunnel  24 black and white portraits of Holocaust survivors, most captured shortly before their late life deaths are displayed.  These are portraits as we usually understand them, photographs of people, including the mother of Yuri Dojc, a gifted photographer whose personal journey led to the creation of this last folio.

Dojc praised the designer of the exhibit, Daniel Weil of Pentagram, and you can see why.  There are six portraits in each row, suggesting the ritual six of the Jewish star.  Small lights in the ceiling make sure you won’t misstep, but the photographs are subtly lit, each one, by a light from below in the top row, and from the top in the lower one.  The collection both mourns loss and celebrates continuing life.

These riveting portraits have the impact of another panel in the museum, a pot pourri of family photos, hundreds of them showing ordinary French people of all ages who were killed in the Holocaust. Anyone, Jew or not, responds, ‘Just like me.’  Which is part of the point.

The tunnel opens into a rotunda full of light.  In the center, cascading down from the six starred window panels in the ceiling, is a lantern, which is comprised of six successively smaller hexagons on which the ‘object’ portraits are mounted.  Wide shots are at the top so craning your neck they are clear, but the next tiers are close-ups. When you look at them, you will suddenly see why a ‘book’ can be a ‘portrait’.

The photographs of books are like frozen lava, locked into swirls and layers over time.  Knowing that they were left behind by school children headed for the camps, you realize that they have sat untouched for over 60 years when ordinary life was interrupted.  You are taken back to a Proustian world  “All these memories, following one after another, were condensed into a single substance, but had not so far coalesced that I could not discern between the three strata, …—no fissures, indeed, no geological faults, but at least those veins, those streaks of colour which in certain rocks, in certain marbles, point to differences of origin, age, and formation.”

Around the walls are large images of the interiors of synagogues in Bardejov, Lucenec, Sastin, Kosice and even a mikvah, which still stand in Slovakia.  Mounted in front of them are photographic details like a Tefillin Scroll, a Torah scroll, and even gravestone fragments.

At first Dojc had wanted to flesh out his parents’ story.  They married, he found out, not because they were in love or even knew each other that well, but because it was thought that if you were married you would not be deported to the camps.  Their early life was spent hiding in an attic Dojc photographed and also in a bunker in the woods.

A film by Katya Krausova is running in the rotunda and documents Dojc’s personal and photographic journey.  For Krausova this journey became personal too.  An old woman, Katka Grunstein, told the story of a passionate young man who was a political activist. After the liberation Katka walked with him to Lubeck in search of the  Red Cross. Krasnova asked if she knew his nname and Katka replied, “Of course, Martin Kraus.” Krausova smiled. “He was my father.”  Grunstein told her that she fell in love with him, but then lost him. “ Why, I could have been your mother...”  The past had become present.

In an overview of the exhibit, which precedes the first portrait tunnel, there is a tiny viewing hole, which reveals the actual prayer book of Dojc’s grandfather, found by Dojc in a house full of books to which he was invited by the owner. Dojc points out that this was the only object he found that actually belonged to him.  Serendipity suggests that this journey was meant to be.

If you don’t have a chance to visit the show, the book Last Folio, with essays and even more photos than are in the exhibit, is available http://pickmanmuseumshop.com.