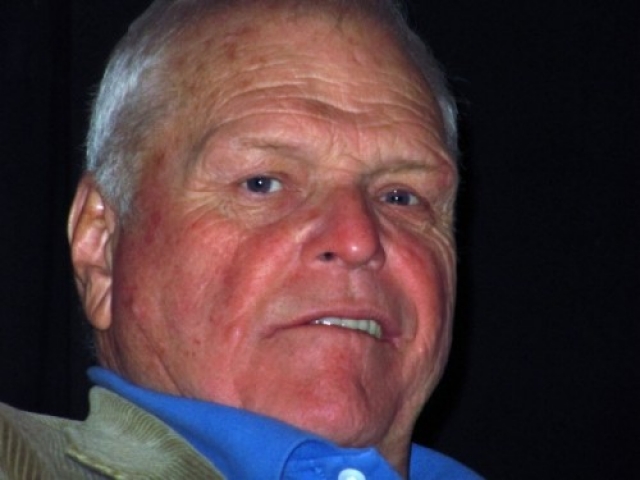 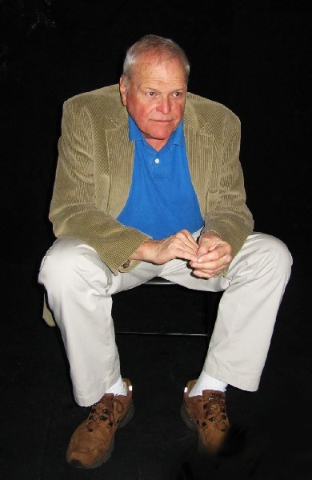 The Provincetown Tennessee Williams Theater Festival (TWP Fest) announces that the multi-award-winning actor Brian Dennehy, recognized for his interpretation of many of Eugene O’Neill’s complex characters, will be the guest of honor at their annual dinner.  The gala is to support this fall’s 11th festival, Eugene O’Neill and Tennessee Williams:  Beyond Success with performances from theaters around the world throughout the charming seaside town from Sept 22 – 25, 2016.

Patrick Falco, TWP Fest Board President said “At our Festival, we celebrate the ways Tennessee Williams’ seeking spirit rolls out from Provincetown. This year, 2016, marks the centenary of the first production of a Eugene O’Neill play in Provincetown, a chance to celebrate what O’Neill and Tennessee Williams have in common given their Provincetown roots. In the same spirit, we are proud to honor Brian Dennehy, an actor who, for decades, has searched the heart and soul of so many of O’Neill’s characters to reveal what it means to be a human being a hundred years ago and now.”

The discovery of playwright O’Neill in Provincetown in 1916 is widely recognized as marking the birth of modern American Theatre. O’Neill became the first American playwright to break through the barriers of form and language of the theater of his time, while winning critical success on Broadway. Williams was the next who would combine such daring with accomplishment,

TWP Fest Curator David Kaplan said, “Both O’Neill and Williams at the height of their success – while winning Pulitzer Prizes and scoring Broadway hits – went beyond the formulas of their success to experiment with burlesque and cartooning, sentimental songs, Asian ideas of theater, and attacks on the willfully ignorant money-grubbing aspects of American identity. Their unconventional work has never been more pertinent than this election year.

“The 2016 September season will fascinate audiences with unexpected interpretations of these great American playwright’s work performed in Cape Cod by theater artists from England, Russia, South Africa, New York, Los Angeles, Boston, Texas and, in a festival first, Providence, Rhode Island.”    Kaplan will announce the full performing arts program for the four-day Festival at the dinner.

Brian Dennehy recently appeared as Larry in O’Neill’s The Iceman Cometh at BAM last year, and has also played Hickey in the same play in several productions, notably the acclaimed 1992 production at Dublin’s historic Abbey Theatre. He’s also been a force in A Touch of the Poet, Hughie, and Desire Under the Elms.  Dennehy has won two Tony’s for Best Actor:  for his performance as James Tyrone in Long Day’s Journey into Night in 2003 and for Willy Loman in Death of a Salesman in 1999.  In 2010 he won the Eugene O’Neill Lifetime Achievement Award from the Irish American Writers and Artists.  Overall as a film, TV and stage actor he has won two Tony Awards, a Golden Globe, and been nominated for six Emmys. He also appeared in the film version of Tennessee Williams novel “The Roman Spring of Mrs. Stone” on Showtime.

TW Fest executive director Jef Hall-Flavin added, “At the dinner our guests will enjoy mingling with Dennehy during cocktail hour, sit down to a delicious dinner, win prizes in an auction, and be set up to enjoy our fall season by a conversation with Dennehy, led by the renowned O’Neill scholar, Robert M. Dowling.”

Dowling’s recent biography, Eugene O’Neill: A Life in Four Acts, has earned accolades for new insights into the life the Pulitzer and Nobel Prize winning dramatist and the connections between his plays and his political and philosophical world view.

Dowling said he is excited to be interviewing the actor. “An outstanding O’Neill interpreter and a great storyteller himself, Dennehy will be able to regale us with his personal perceptions of theater and deep understanding of O’Neill’s characters.”

This year, Dowling will also be leading workshops about the festival plays as a Guest Professor at the Tennessee Williams Institute, the immersive performance and seminar program for graduate students that interacts with the Festival.

Tickets for the Gala are available at www.twptown.org or by calling 508/684-TENN (8366).  For more information, email info@twptown.org

Modern American Theater where Williams worked on many of his major plays during the 1940s. The TW Festival is the nation’s largest performing arts festival dedicated to celebrating and expanding the understanding of the full breadth of the work of America’s great playwright. Theater artists from around the globe perform classic and innovative productions to celebrate Williams’ enduring influence in the 21st Century. It will take place in various venues in the seaside village of Provincetown from Thursday, September 22 through Sunday, September 25, 2016. For more details visit www.twptown.org.

This Festival is funded in part by Mass Humanities and the Provincetown Tourism Fund.  It is  presented by  Crown and Anchor.