The Effect by Lucy Prebble 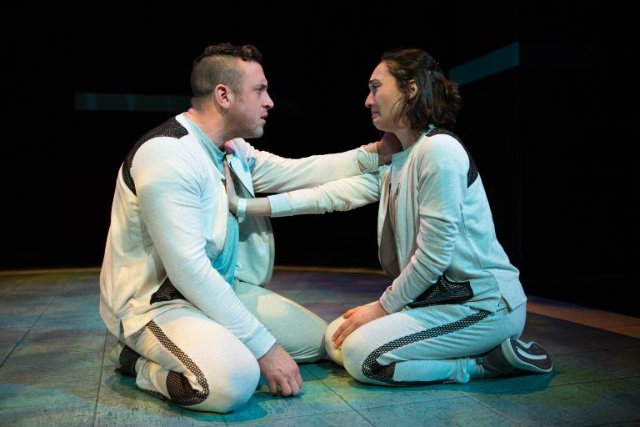 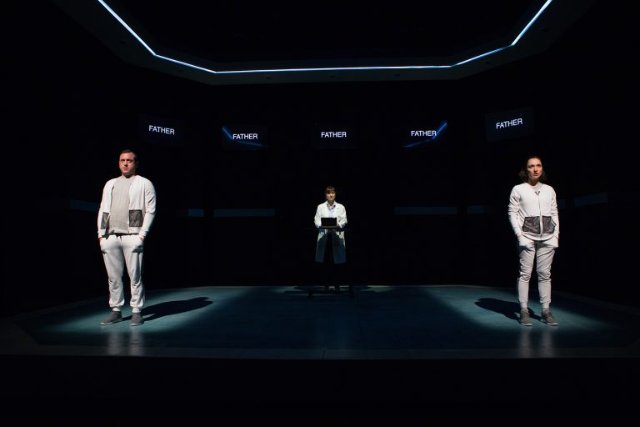 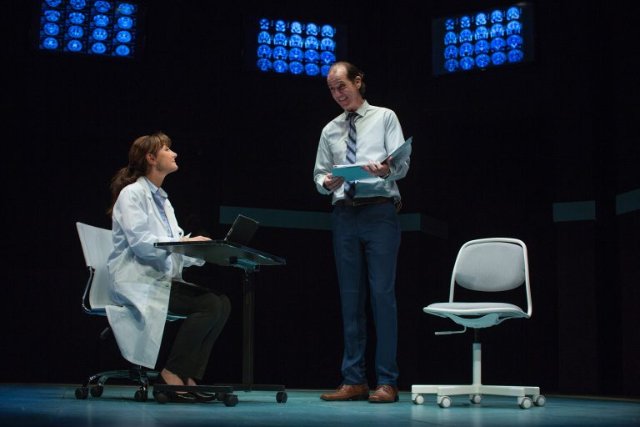 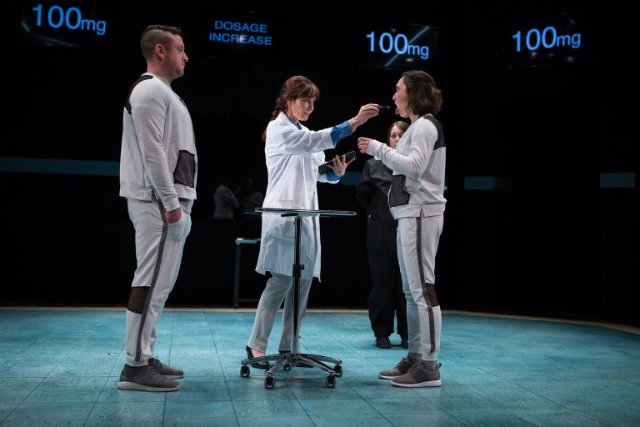 The effect of prescription drugs on modern societies is profound, with many drugs extending life and enhancing its quality. Meanwhile, the pharmacy industry has become a major economic and political player, whose self-interest does not always align with that of individuals or society, and whose strategies attempt to maximize the consumption of pharmaceuticals. As a result we have a populous that lasts beyond its biologically intended life span; suffers dangerous side effects; is over-medicated, especially with psychotropic and pain killing drugs; and spends enormous sums for drugs that may be ineffective or worse.

Most consumers have little awareness of the approval process for drugs, and what they know is probably at the macro level. Maybe they note the package insert in a prescription with the statistics giving the side effects suffered, e.g., 3% dry throat, 3% rashes, and 1% visual damage. The Effect explores the micro level consequences of two subjects and two researchers in an experiment testing an antidepressant. The script and the production both rise to the importance of the subject matter in a riveting manner.

Connie and Tristan have both signed up for a four-week trial in which subjects are quarantined from outside communication, and because of the nature of the drug, they are prohibited from having sex. Who would participate in this or for what price, particularly, if, like Connie, there is a love interest on the outside? Would they make any compromises to be selected or would they fulfill all of their obligations as subjects?

Their research contact is Dr. Lorna James, a psychiatrist who is exacting to the extent that she conducts a countdown for every drug administration and checks the subjects’ mouths with a flashlight afterward. Despite her formality, she seems approachable. Dr. Toby Sealy is the research sponsor and chief investigator who seeks approval for the drug. The researchers have a past, and Toby has hired Lorna despite her expertise being therapy rather than research administration.

The brisk action is driven primarily by the interaction between the subjects, and superficially the play is about their evolving intimacy, punctuated by dosing sessions. The increasing doses of the antidepressant trigger dopamine responses and an accelerated pace in the behaviors of the subjects. But what causes the changes in behavior? Is it the drug? placebo effect? isolation? natural attraction? Each character has different attribution and different vested interest in the explanation.

Although Connie and Tristan’s relationship is riveting, as is that of other character combinations, the underlying theme of the play concerns the hazards associated with this type of research. For those who might not be familiar with scientific method and research methodology, be assured that Prebble did her homework in crafting this story as it touches on many of the critical biases in human subject based research. More significantly, she makes bias relevant to the narrative arc.

There are issues that undermine the validity of findings, such as subject response bias, evaluation apprehension, measurement error, effect attribution, researcher bias, observer expectancy, and more. And there is also an ethical question concerning the manner of administering double blinding. If this seems arcane, don’t worry. The technical aspects aren’t necessary to appreciate the play.

The veteran cast sizzles – Joe Estlack and Ayelet Firstenberg as the subjects and Susi Damilano and Robert Parsons as the researchers. If one stands out, it is Estlack who is asked to cover a much wider range than the others – bellowing, uninhibited, risk-taking. But Firstenberg is also remarkable in more subtle role requiring both assurance and vulnerability. Bill English’s direction and Nina Ball’s cold and clinical set hit the mark as do Kurt Landisman’s stark lighting and Theodore Hulsker’s gripping projections and sound.

The Effect is a penetrating look at research practice as realized through the vivid experiences of real people who may unwittingly subvert the process of unveiling truth.

The Effect is written by Lucy Prebble, produced by San Francisco Playhouse, and plays at its stage at 450 Post St., San Francisco, CA through April 28, 2018.