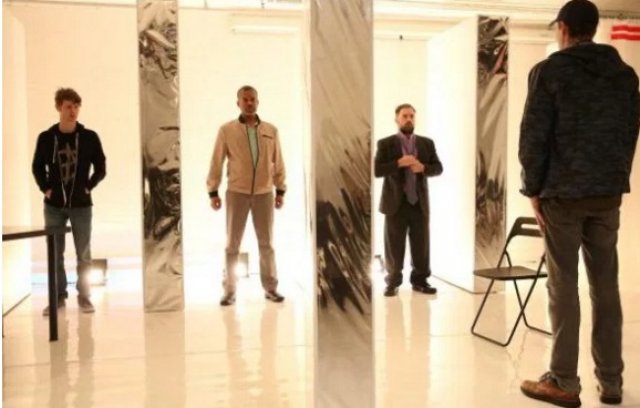 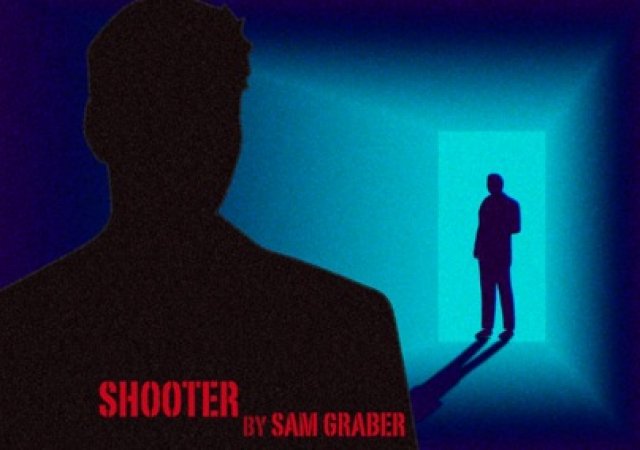 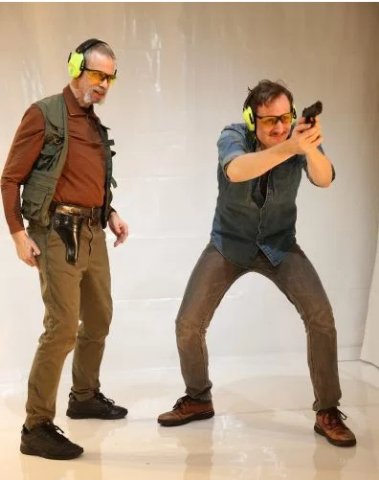 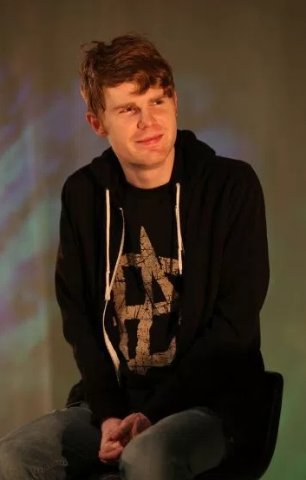 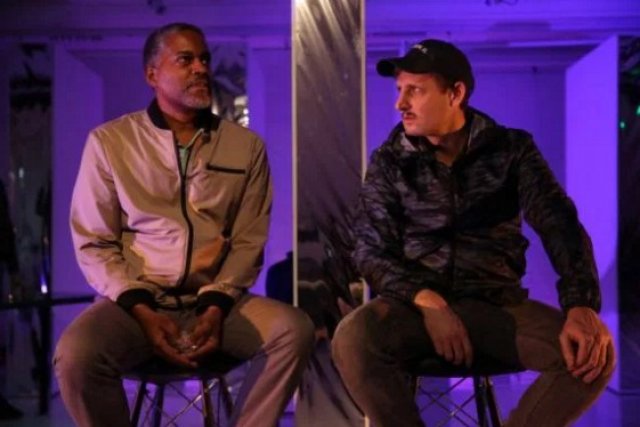 What happened to this friendship?

Shooter, a new play by Sam Graber is now at TheaterLab in New York. Perhaps it takes a woman like director Katrin Hilbe to mount this work for maximum effect. It is a play about male bonding.

On the face of it, the play is portrays a young man, Gavin, who plots to take out as many students as possible with his assault rifle. He is tantalized by the thought of martyrdom, but thwarted by a man he met at a gun range where both men were being instructed by Troy.

Michael Gnat as Troy runs the range as though it were the most important event in anyone’s life. Men who arrive there are swept into his vision. Not only does Troy teach how to handle a gun, but his lessons go beyond managing its use. In his words, a gun is pure 'purpose,' and with it, a man can ‘assemble’ his world again, after it has fallen apart.  Both words are significant in shaping the play.

Shooter opens with a man sitting in the first row of the audience. He then collapses into a chair facing us. Ean Sheehy is Jim, and he is speechless as his lawyer and friend from the past, Ben-David, grills him about a school shooting. Sheehy is the central figure in the drama. His face and body gestures underline wavering, confused words as he tries to grasp what has happened. He leads us from confusion to insight with subtle and finally fully-formed movements.

The play weaves back and forth in time. Three men grew up together. Their lives had separated. C.K. Allen effortlessly mixes grace with deep concern as Alan, a successful doctor, who let go of his friend Jim. Alan has moved way ahead of Jim on the food chain and is plagued by guilt.

David Perez-Ribada shows his colors as the lawyer Ben-David in a lavender shirt. He too has lost touch with Jim after his wife let him for a friend closer to Ben-David's social circles.The two men are now united by a tragic incident. Perez-Ribada walks a difficult line between caring friend and furious lawyer who can't seem to get his client to cooperate. Sweeping us up in concern for Jim, Perez-Ribada succeeds in the difficult task of rousing sympathy for his client and himself.

Both Alan and Ben-David try to draw Jim out about his role in the attempted assault on the school. Slowly, Jim reveals meeting the young man, Gavin, at the gun range and realizing that he is too mad to be a gun owner. Out of the disappointment at the end of his marriage, and his wish to continue a relationship with his daughter, Jim gradually is able to unravel what has just happened to him.

Jim's character is the portrait of a white man disempowered in America.  Men sense they are loosing their footing in the modern world. Guns play a role in their effort to both keep and continue to exercise power. The play’s message may be controversial, but it lands squarely on the idea that it is not guns that are dangerous but the men who wield them.

I once did a piece for New York magazine called “Nice People Carry Guns.” The lead photograph was of a woman who kept a gun on her bedside table. Another lady friend took lessons at a gun range that has now disappeared from lower Fifth Avenue. She became an auxiliary police officer in New York.

Men are not the only ones who take up shooting, but the reasons for their involvement are perhaps more central to their being than they are for women. Many more men than women fire guns at people.

Public and private discussion often involves the diminishment of men’s roles and consequences on their psyche. This play peels away the layers that make this insight very real, sympathetic and full of dangers for us.  In this compelling drama mounted by Hilbe sounds are often created by a chorus of spoken  ‘Bangs.' The law’s presence is indicted by projections at either end of the stage. Guns (none of them real) are pointed at the audience, making us complicit in their central presence in our society.

Director Hilbe masterfully weaves dramatic moments together, careful to keep the five actors each in his own character. In terrifying moments where lives are threatened and a brave man intervenes to prevent yet another school massacre, we are fully aware of the danger and yet moved by the men who are involved. To pull off subtlety in the midst of chaos takes a deft touch like Hilbe's.

This riveting drama focuses attention on an issue of crucial importance in our world. It serves one prime purpose of theater, to make comfortable people uncomfortable.