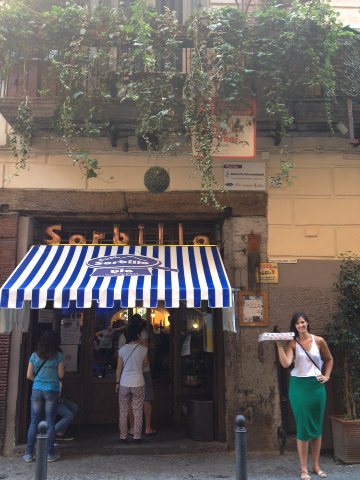 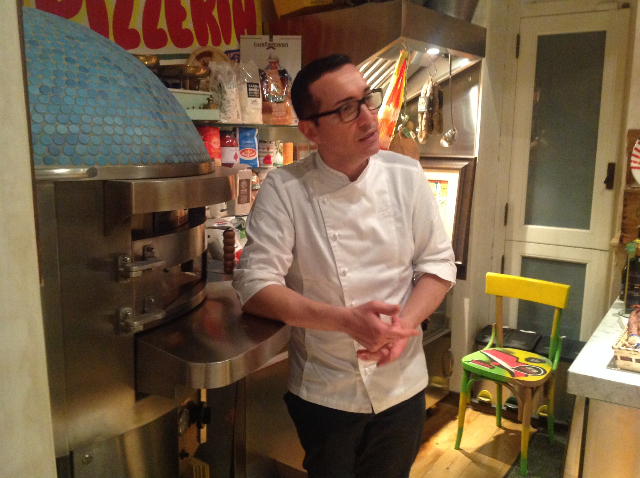 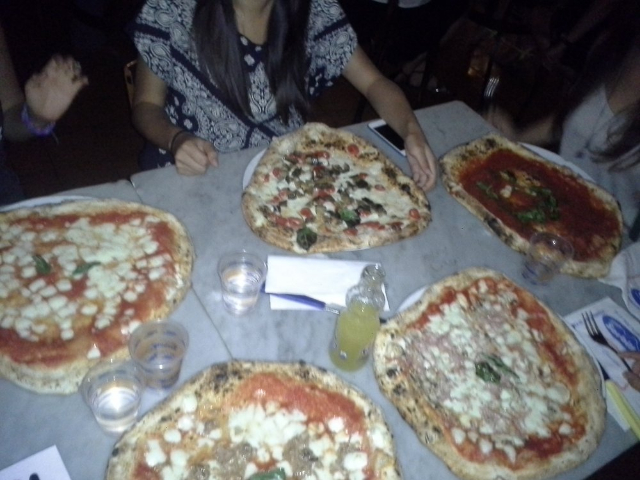 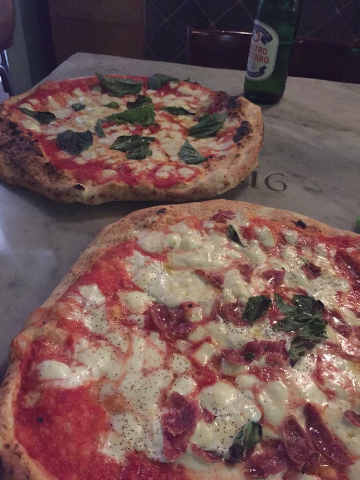 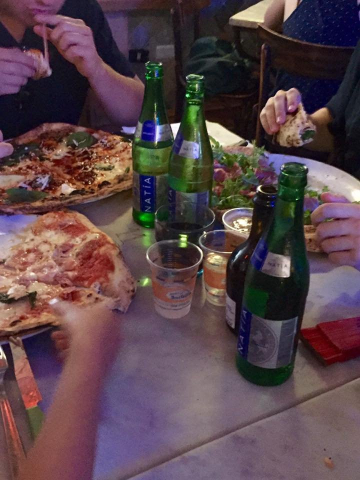 Sorbillo Pizza, in the center of Napoli, is considered to be the best pizza from the city that invented it.

Since 1935, the Sorbillo family tradition of making Neapolitan pizza has followed the rules that guide pizza making for the pizza parlors in Naples. ‘Integrity to tradition’ is key.

The traditional rules, as explained by Gino Sorbillo include the use of San Marzano tomatoes, extra virgin olive oil, a temperature of 450F on the oven’s dome, brewer’s yeast, all ingredients are cooked inside the oven, with very few added afterward and the key rule, the dough has to rise somewhere between eight and twelve hours.

You must always look under the pizza at the crust and make sure that the black spots that are on the crust aren’t too numerous, because, if they are, the dough was made with too much flour.

Gino (I think his given name is Luigi) believes the tradition of his pizza is directly linked to Naples, with its history of art, music, crime and humanity.

Like Naples and its ever changing landscape, Gino’s pizza selections change quite often. Traditionally, Neapolitan pizza is served in two styles, marinara and margherita. Add new inspirations which occur daily and you have a pizza parlor with a revolving menu.

If Sorbillo Pizza is not in your itinerary when you visit Napoli, then you are missing what pizza is all about.