Art Was the Family Business 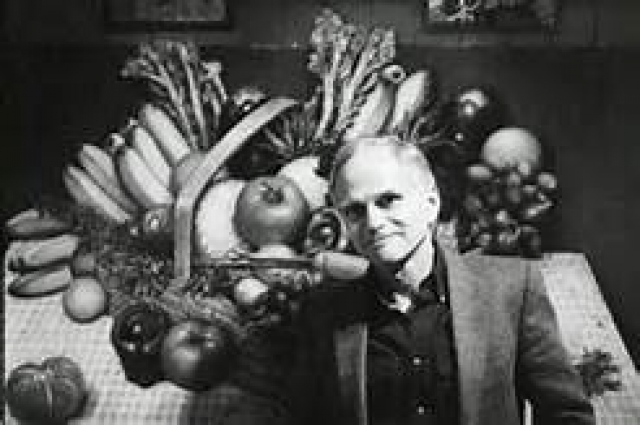 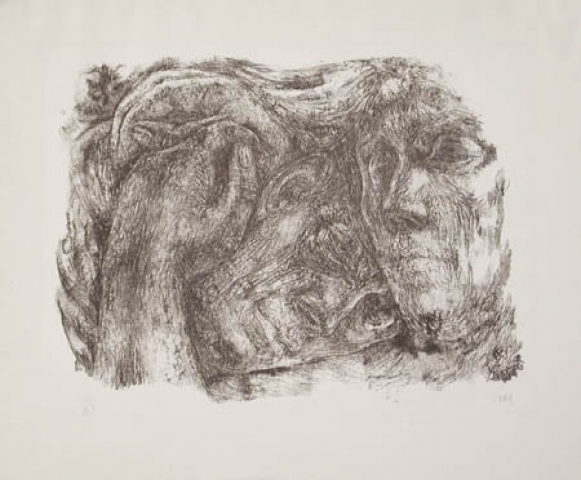 Self Portrait by Babara Swan

Returning from Paris with his artist wife, Barbara Swan, (they married in 1952) Alan Fink, who majored in business, went to work for the Boris Mirski Gallery on Boston’s Newbury Street.

Just fifty years ago, in 1967, he founded Alpha Gallery. It represented Swan’s work and later that of their son Aaron, a figurative expressionist painter. Their daughter, Joanna, has for many years run the gallery. Some time ago Alpha moved from pricey Newbury Street to the gallery district along Harrison Avenue in the South End.

Alan, who died this week at 91, spent 16 years with Mirski who was the dominant contemporary art dealer of his generation. It was the flagship for the Boston Expressionists who emerged during the Depression and flourished after the war before being eclipsed by the emergence of Abstract Expressionism.

It was an era when the Museum of Fine Arts lost interest in Boston’s artists. Until then, they were primarily Brahmins and polite, ersatz impressionists. There was a social and political shift as the thrust of the art scene became dominated by socialists and Jewish immigrants led by Hyman Bloom, Jack Levine and Karl Zerbe.

They launched an era that was not so "genteele" as former MFA curator, Trevor Fairbrother, put in in the last survey of Boston artists when it was still safe to do so. Only recently have the Boston Expressionists properly been displayed at the museum. It has never focused a major exhibition on this important movement of American artists.

After serving in the army Levine relocated to New York. The expressionists dominated the faculty of the Museum School and later the School of Fine Arts at Boston University.

For many years, Mirski dominated the scene with a combination of  figurative artists and African art with a Brooklyn provenance.

His daughter ran the framing business and son Mark was notably a hipster and prodigal. Famously, gonzo journalist Bill Cardodso broke his fist on Mark’s jaw in a dispute over Marsha.

Another of Mirski’s assistants, Hyman Swetsoff, also broke off to form a gallery. He was an adventurous and progressive gallerist who showed Bruce Conner, then resident in Brookline, as well as Bloom and others. Tragically, Swetsoff was murdered by rough trade in Bay Village.

As an art critic I often interacted with the Fink family.

During gallery visits Alan was cordial but reserved. That was a quality shared with Joanna.

The artists they represented were stars of the Boston figurative scene from Swan to Harold Tovish the sculptor known to friends as “Red.” The work they showed was solid but generally conservative with not much risk taking.

The gallery also represented Gyorgy Kepes the founder of the Center for Advanced Visual Studies at MIT. They dealt his abstract paintings and photography.

Being married to, and the father of an artist, made Fink particularly sensitive to interacting with them.

“An artist’s studio is a seductive environment,” he told the Globe in 1982. “You tend to be less critical there. I have to be on guard not to be influenced by the artist’s presence and his surroundings. On the other hand, it’s valuable for an artist to see his work in the gallery setting, away from the supportive surroundings of the studio. It helps him to evaluate it more honestly, from a different perspective.”

Barbara, who died in 2003, on every level from aesthetics to her personality, was the most engaging family member. Dialogues with her were always intricate and insightful.

In Paris she became close to Ellsworth Kelly who also studied at the Museum School. They shared a gift for delicate, incisive drawings.

Among her most interesting works were numerous self portraits often combined with the reflections of water filled Agassiz jars from the laboratory. Cliff Ackley, curator of drawing at the MFA, was a champion of the work.

The prevailing memory of Alan is that of a loving husband and father who presided over a family sharing a remarkable passion for art.